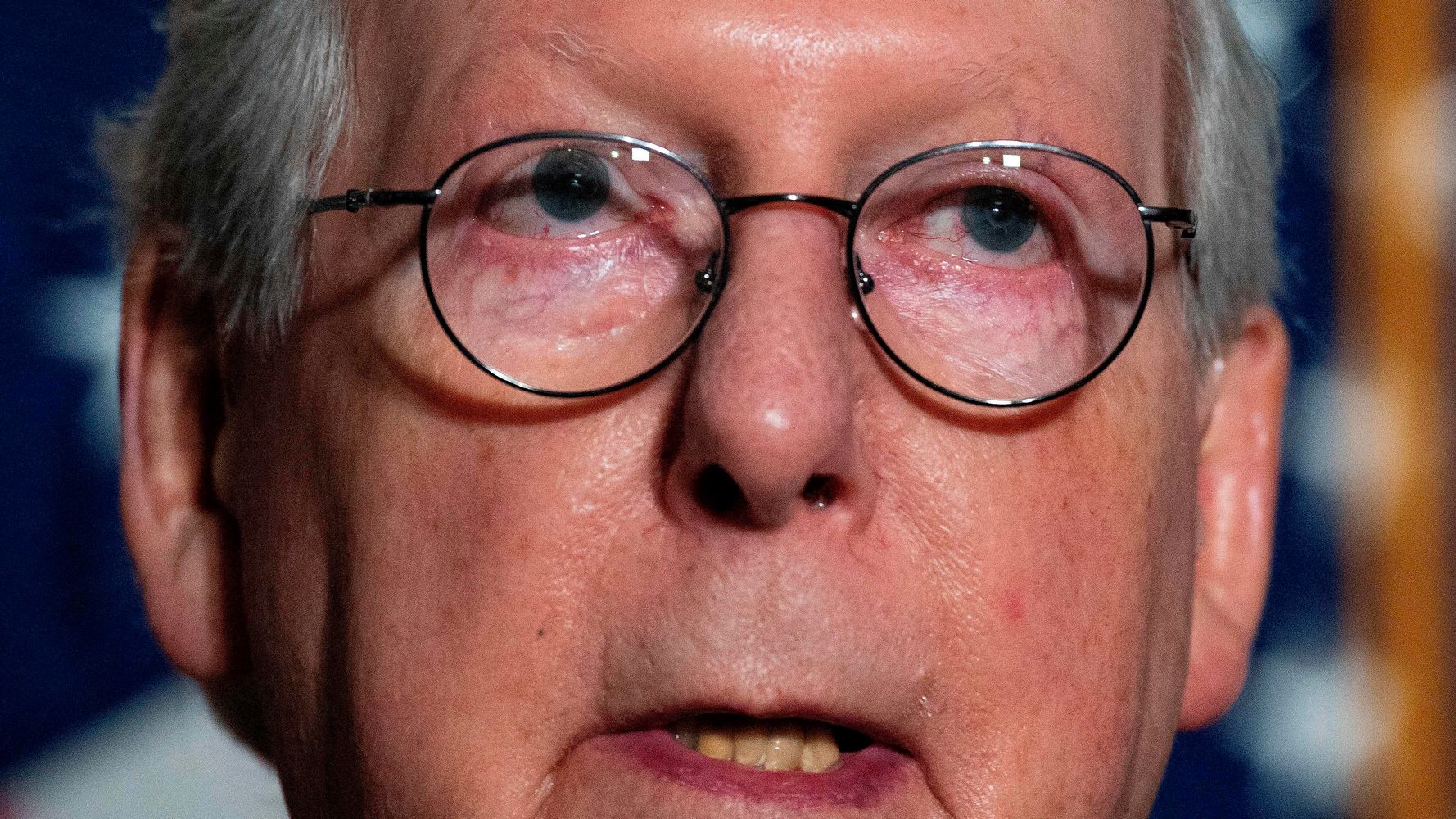 Senate Minority Leader Mitch McConnell (R-Ky.) and 44 other Republicans voted on Tuesday to dismiss the Senate impeachment trial of former President Donald Trump over the insurrection at the U.S. Capitol earlier this month.

Only five Republicans voted with every Democrat to table Kentucky Sen. Rand Paul’s effort to stop the trial before it even got started. The GOP senator argued that holding such a trial of a former president was not constitutional, even though there is precedent for the Senate trying former government officials.

The Senate ultimately rejected Paul’s motion by a vote of 55-45. The trial is formally scheduled to begin on Feb. 9 when House impeachment managers will present their arguments before the upper chamber.

Paul said Tuesday’s vote was indicative of the lack of support among Republicans for Trump’s conviction, calling that effort “dead on arrival.” Conviction requires the backing of two-thirds of the Senate, an unlikely scenario at this point.

“If you voted that it was unconstitutional, then how in the world would you ever vote to convict somebody for this?” Paul said to reporters afterward.

However, some GOP senators said they viewed Paul’s motion as separate from a decision on whether to convict the former president. Sen. Rob Portman (R-Ohio), who recently announced that he won’t be seeking another term in 2022, called the two issues “totally different.”

“I have the same position Mitch McConnell has,” Portman said of Paul’s motion, echoing concerns about constitutionality.

McConnell previously said that Trump “provoked” the mob that stormed the Capitol on Jan. 6, which led to the deaths of five people. And he let it be known to his members that he was open to voting to convict Trump, pledging to “listen to the legal arguments when they are presented to the Senate.”

But in the days since the attack, rank-and-file GOP opposition to Trump’s impeachment trial seems to have hardened. Republicans invited in a law professor to their weekly caucus lunch on Tuesday, prior to the vote on Paul’s motion, to discuss why he believed holding an impeachment trial for a former president was unconstitutional.

Sen. Lisa Murkowski (R-Alaska), one of the five Republicans who voted with Democrats against Paul’s motion, wasn’t swayed.

“My review of it has led me to conclude it is constitutional in recognizing impeachment is not solely about removing a president. It is also a matter of political consequence,” Murkowski told HuffPost.

The dismissal vote took place just three weeks after a violent mob ransacked the Capitol and rummaged through the desks of the very same senators who were seated in the chamber and sworn in as impeachment trial jurors on Tuesday.

Democrats pledged to hold a timely but fair trial in which Trump would have his chance to present a defense.

“Former President Trump committed in the view of many, including myself, the gravest offense ever committed by a president of the United States. The Senate will conduct a trial of the former president, and senators will render judgment on his conduct,” Senate Majority Leader Chuck Schumer (D-N.Y.) said on the Senate floor.