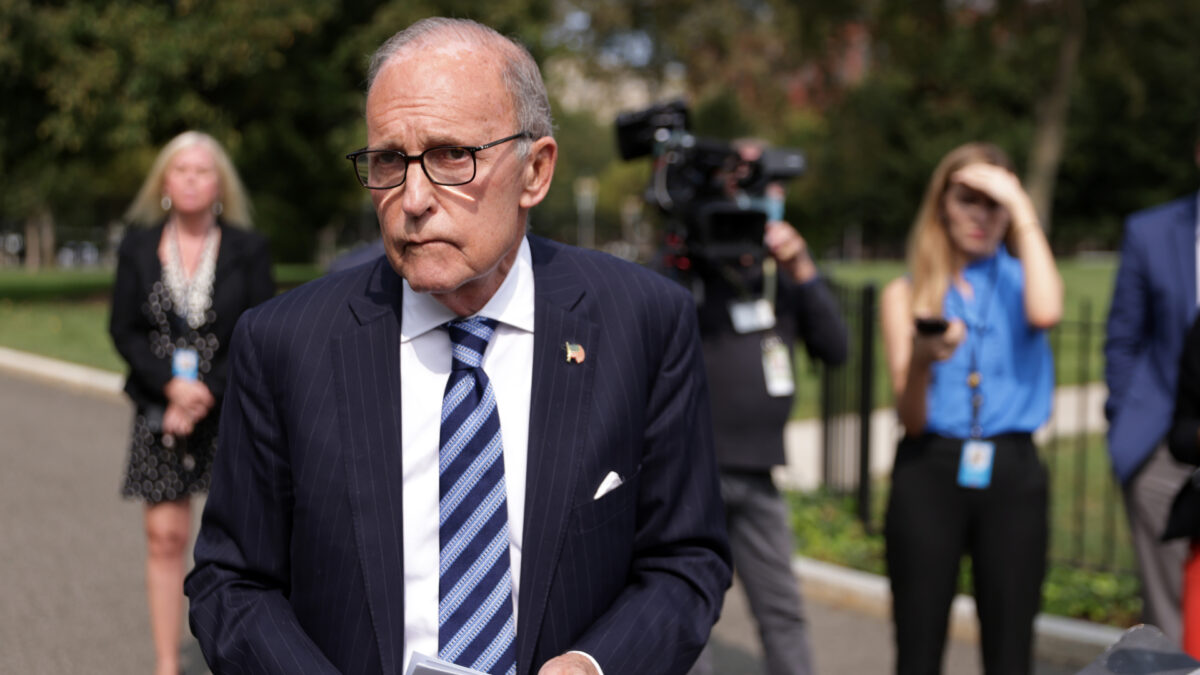 White House economic adviser Larry Kudlow on Dec. 17 said that checks of up to $600 will make it into the new COVID-19 relief stimulus package currently being negotiated by Congress.

Kudlow said Congress has been “working around the clock” to deliver a package to help Americans struggling and unemployed due to the worsening CCP (Chinese Communist Party) virus pandemic and is optimistic that it will be completed soon, noting that key trade-offs have already been made between Democrats and Republicans.

“There will be—I don’t like to use a number precisely—in the neighborhood of $300 federal plus-up for unemployment assistance and in the neighbourhood of $600 direct mail check to the entire population,” Kudlow told Newsman TV’s “American Agenda,” adding that a family of four would get $2,400.

COVID-19 related items for vaccines, distribution, or health items and hospital items are also sure to be included, Kudlow added.

“And this is important from a budget standpoint, there will be a repurposing of unspent funds in the last CARES Act, namely the small business PPP (Paycheck Protection Program) and the treasuries fiscal safety account,” Kudlow said.

“It’s a Christmas, holiday season present to men and women all across the country who have had a very hard time with the Covid virus,” he said. “Lots of hardship, lots of heartbreak—President [Donald] Trump has always been behind the checks: ‘Just give it to them; just give it to them.’

“It’s not forever, but one more time, and hopefully they’ll spend part of it, but mostly it will help them get through this.”

Ludlow noted that unemployment was down to 6.7 percent which he said had been achieved in a “very rapid time” of six months.

In April, unemployment peaked at 14.7 percent, while February saw a rate of 3.5 percent before the CCP virus pandemic saw mass economic shutdowns across the country.

“Usually it takes four of five years. But nonetheless, too many unemployed, too much hardship, and we will provide assistance through a federal plus-up which I can’t promise 100 percent but will come in in the neighbourhood of a $300 federal plus-up.”

Congress unanimously passed the $2.2 trillion CARES Act in March, which was signed into law by Trump, at a point when the pandemic was less severe than it is now.

The House of Representatives passed a $3 trillion package in May but the Senate and the White House opposed the legislation. Senate Democrats, meanwhile, blocked a Republican-crafted package in October.

Leaders are currently working to finalize a comprehensive $900 billion COVID-19 relief deal before Friday night to prevent a government shutdown, as they want the relief bill to be tied to a $1.4 trillion funding bill to keep the government open through next September.