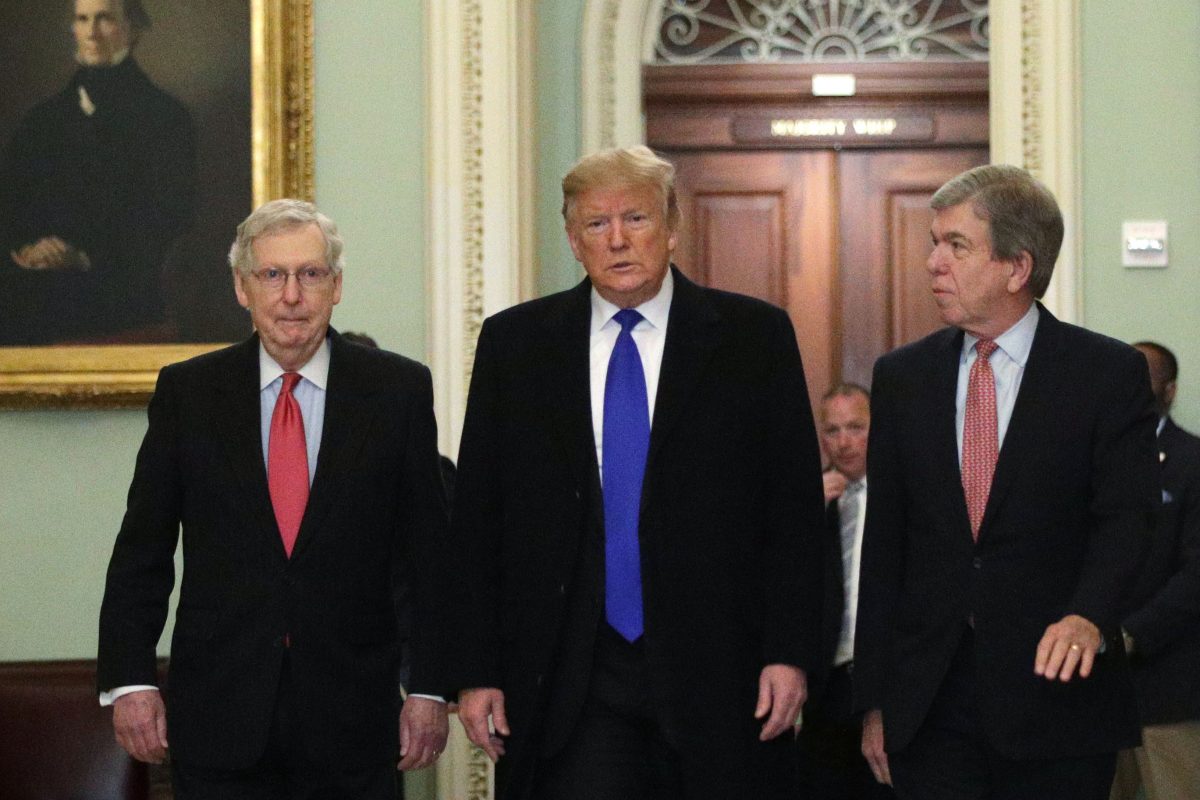 “I’m very pleased that the Senate has confirmed 150 federal judges thus far in President Trump’s first term,” Senator Lindsey Graham said in a statement after the final vote on the Senate floor. “This is a historic milestone. These conservative judicial appointments will impact our nation for years to come.”

The Senate Judiciary Committee said in a tweet, ”Under the leadership of then-Chairman @ChuckGrassley, now-Chairman @LindseyGrahamSC and @senatemajldr McConnell, the Senate has confirmed the 150th federal judge with a lifetime term nominated by President @realDonaldTrump.”

Severino says the lower federal court appointments are as important as the Supreme Court judges.

“We need judges who are going to apply the same law across the board and, thankfully, that is the kind of men and women we’ve seen President Trump putting on the courts. They are committed to the law, and the Constitution as written.”

“As Chairman of the Senate Judiciary Committee, I will continue to push through highly qualified conservative judges at all levels of the federal courts,” said Graham

Trump has been honoring a campaign promise he made to fill federal court vacancies with conservative judges. Democrats in many cases have been opposed to his nominees as being too conservative or unsuited to lifetime positions.

Severino, who follows the nomination hearings, said, “What’s frustrating is all of judges across the board haven’t had the same success because Democrats have put up really unprecedented levels of opposition. Even judges that have unanimous support in the Senate, they have [been made go] through procedural hurdle after hurdle. We have seen really shameful anti-Catholic, most recently anti-Semitic attacks on these nominees.”

Comparing with previous presidents, at the two-and-half-year mark, Trump has 43 judges confirmed, Barack Obama had 20, George W. Bush had 27, and Bill Clinton had 25.

Severino said the large number of appointments reflects the high priority Sen. Mitch McConnell (R-Ky.) and the Trump administration have put on filling judicial vacancies knowing how important the appellate court confirmations are.

“It is really important to have those judges confirmed first, because they are the most important seats and they have been the most exceptional nominees that Trump has had.”

On Sept. 11, the judiciary committee also considered another group of district court nominees to serve on the New York-based U.S. Circuit Court of Appeals for the Second Circuit, the results of which are expected later this month.

The Senate, led by McConnell is poised to begin the next phase of judicial confirmations. There are 19 Trump selections awaiting votes, but McConnell is also waiting for the Judiciary Committee to push forward more nominees.

“I think this Senate and leader McConnell has been very clear: he wants to leave no nominees behind, he’s going to get these nominations through—I think that’s so important.”

She added, “We have to keep moving again with such opposition that the White House is going to have keep nominating to the Senate, keep confirming just to keep up with the pace of retirements.”

Over a Million Households Climbed to Middle Class Under Trump, Census Data Shows