A Republican Party Of Conspiracists And Seditionists Will Fall, GOP Lawmaker Says 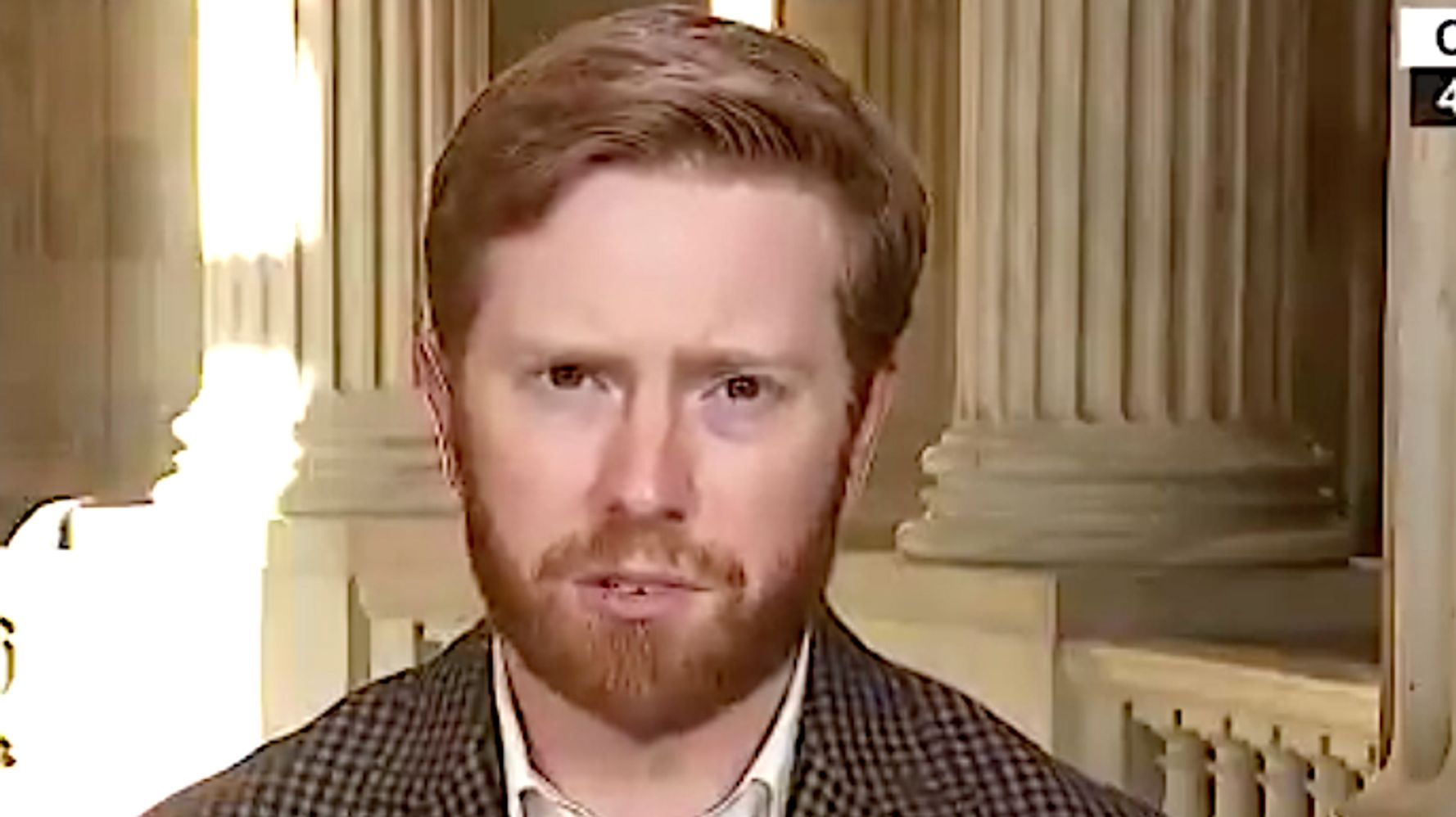 The Republican Party cannot survive if leaders continue to reshape it into an entity of “insane” QAnon conspiracy theorists and seditionists, freshman GOP Rep. Peter Meijer warned in a dark interview with CNN’s Jake Tapper on Thursday.

The Michigan congressman said he has been stunned by Republican silence about Rep. Marjorie Taylor Greene (R-Ga.), a QAnon conspiracist. She has advanced a nonsensical theory that a space laser beam ignited California’s 2018 wildfires. Greene has also said that the 9/11 terrorist attacks and the horrific mass shootings in Las Vegas, at a Parkland, Florida, high school and at Sandy Hook Elementary School never actually happened but were staged by actors as part of a “deep state” conspiracy.

Meijer said it’s astounding the Republican Party appears to think it’s more important to condemn Rep. Liz Cheney (R-Wyo.) for voting to impeach Trump for “incitement of insurrection” in the Jan. 6 attack on the U.S. Capitol than to condemn Greene’s “insane” theories. (Meijer was also one of the 10 Republicans in the House to vote for impeachment.)

He also lashed out at the GOP’s failure to consistently condemn the Capitol siege by Donald Trump supporters.

“It’s just staggering how many folks continue to … try to paper over what happened” at the Capitol, “try to move on, just say … ‘Let’s forget about it.’ I’m just at a loss for words,” Meijer said.

It’s “important to stand up for truth … and stand up and stand by our oath to the Constitution and to say there are better ways for us to govern that don’t devolve into threats of political violence, into these allusions to just insane theories,” Meijer added. “That is not a strong party. That is a party that is nearing its end.”

MSNBC’s Nicolle Wallace, who had worked in the George W. Bush administration, also accused the party of morphing into a twisted enemy that’s “insurrection friendly.”

Republican leaders used to claim they were all about “security.” Now “they’re all about terrorism,” she said in a scathing takedown Thursday. “They’ve totally thrown in their lot with the mob.”

“You might think that putting the vice president in mortal danger would have been a line too far for the rest of the GOP. Less than a month after the Capitol insurrection, it seems Trump’s party is all too keen to welcome him back with open arms,” Wallace charged.

“The choice to kiss the ring of a man who incited a seditious insurrection is one McCarthy is not alone in making,” Wallace said. Have any Republican lawmakers “decided to stick up for the country against seditionists? We wait and wait …. Unless I’m missing something, they have thrown in their lot with Trump and the mob.”

She added: “I haven’t seen any Republican give a speech … with a strategy for defeating violent domestic terrorism, and I was in the Bush White House after 9/11. They couldn’t get away from microphones to talk about how they were going to be part of the solution to protecting America from violent terrorism from abroad.”

Check out Meijer on Tapper in the clip up top. Wallace’s segment is here: