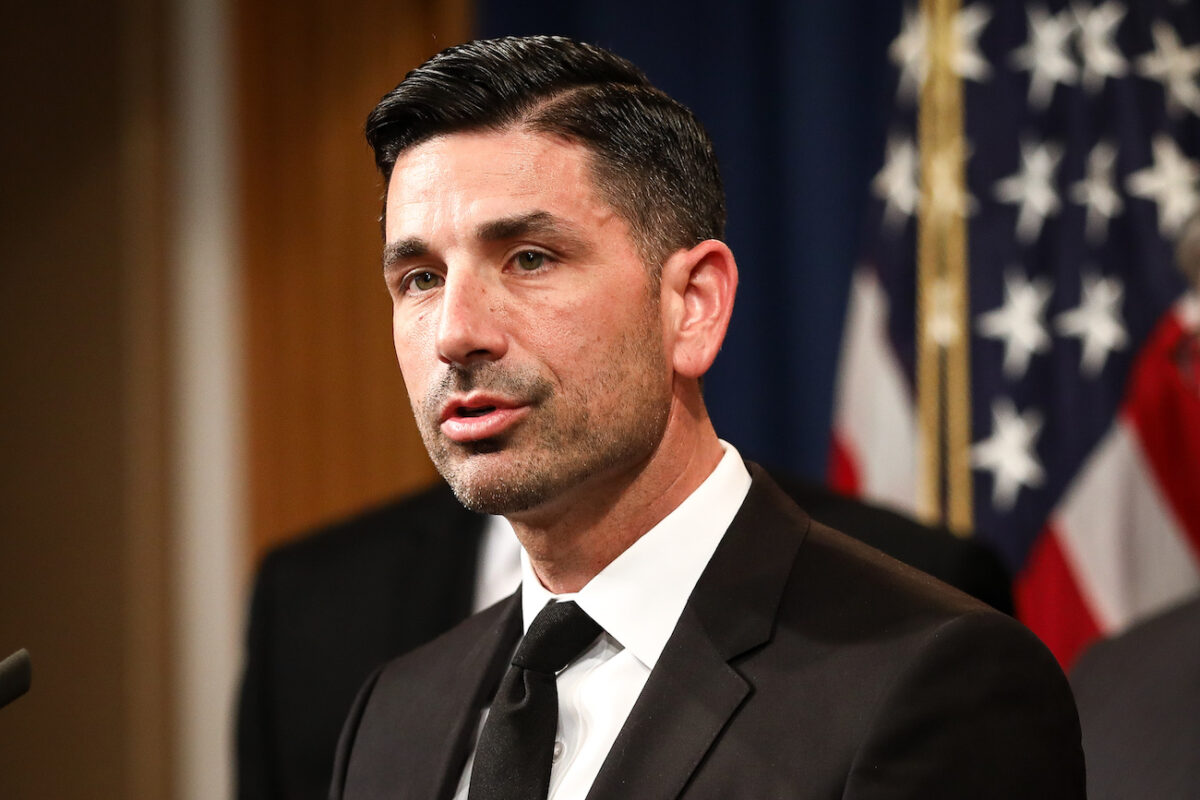 Acting Homeland Secretary Chad Wolf will be resigning by the end of Monday, he said, citing recent court rulings over his appointment.

“Effective at 11:59 p.m. today, I am stepping down as your Acting Secretary. I am saddened to take this step, as it was my intention to serve the Department until the end of this Administration,” he wrote in an email to the department, the DHS confirmed to The Epoch Times.

“Unfortunately, this action is warranted by recent events, including the ongoing and meritless court rulings regarding the validity of my authority as Acting Secretary,” he added. “These events and concerns increasingly serve to divert attention and resources away from the important work of the Department in this critical time of a transition of power.”

Wolf’s comments likely referred to a ruling just three days prior by a federal judge that said that the Department of Homeland Security (DHS) likely failed to adhere to the law when appointing Wolf as the acting homeland secretary. The 14-page decision (pdf) from Judge James Donato of the U.S. District Court in San Francisco on Jan. 9 concurred with a decision by another federal judge in November 2020 that Wolf did not have the authority to suspend the Deferred Action for Childhood Arrivals (DACA) program.

Pete Gaynor, the administrator of the Federal Emergency Management Agency (FEMA), is will be acting secretary, Wolf wrote.

“Serving the Department and leading the finest public servants in the federal government has been the honor of a lifetime,” he wrote. “I did not seek this responsibility but answered the call to service as each of you have during your careers.”

In his letter he reflected on accomplishments the DHS has overseen in the past several years.

Wolf expressed confidence in the next four years.

“I leave knowing that the Department has positioned itself for an orderly and smooth transition to President-elect Biden’s DHS team,” he wrote. “Welcome them educate them, and learn from them. They are your leaders for the next four years—a time which undoubtedly will be full of challenges and opportunities to show the American public the value of DHS and why it is worth the investment.”