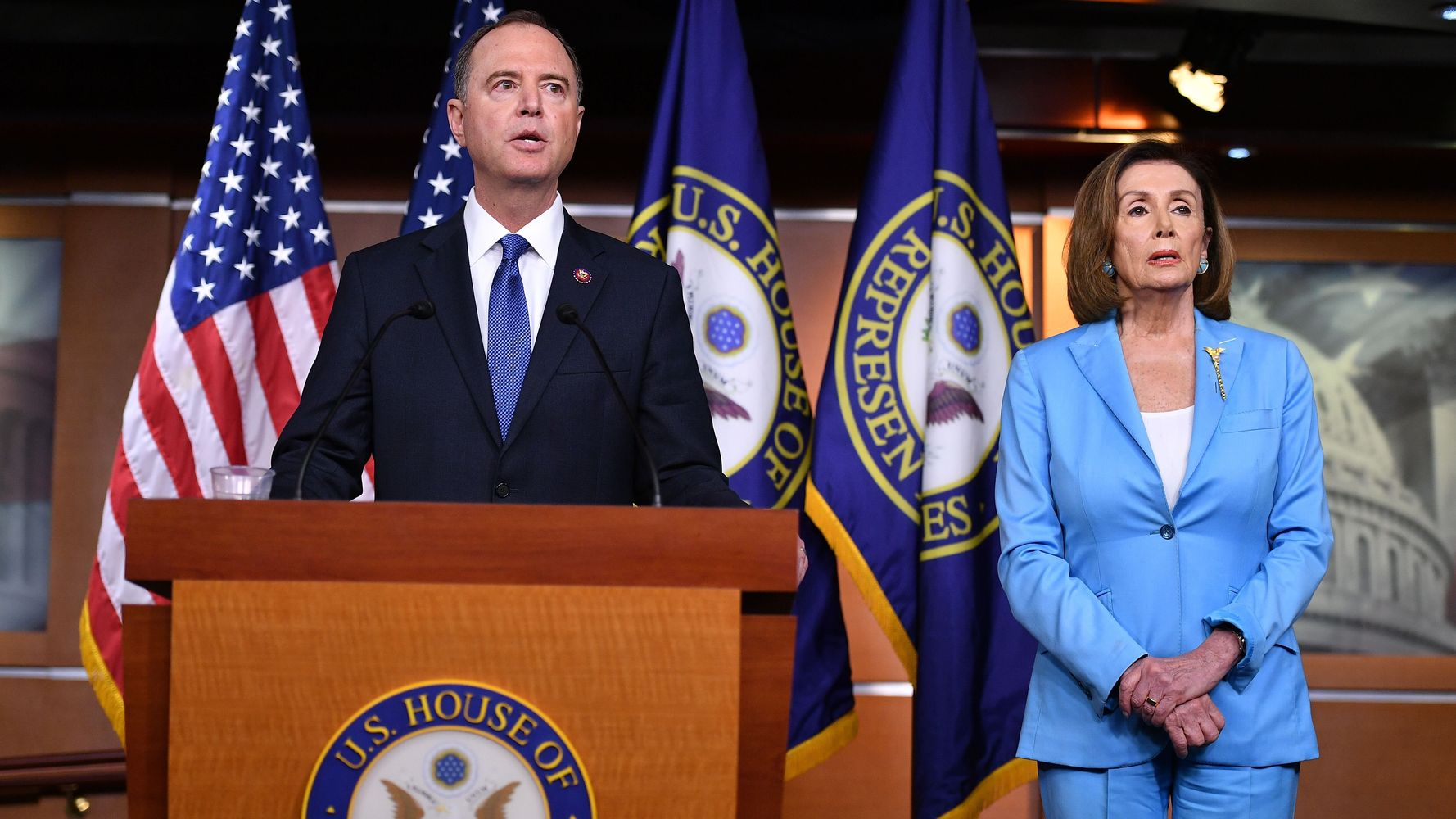 “If they are going to prevent witnesses from going forward to testify on the allegations in the whistleblower complaint, that will create an adverse inference that those allegations are, in fact, correct,” Schiff said during a press conference with House Speaker Nancy Pelosi (D-Calif.) in which he responded to what he called Secretary of State Mike Pompeo’s attempt “to potentially interfere with witnesses.”

On Tuesday, Pompeo sent a letter to Foreign Affairs Committee Chair Eliot Engel (D-N.Y.) in which he argued House committee leaders’ request to depose five current and former State Department officials was an attempt to “intimidate” and “bully” them and that the timeline was inadequate. Pompeo confirmed Wednesday that he was on the president’s July 25 call with the Ukrainian president.

Any stonewalling by the administration, Schiff said, “would be considered further evidence of obstruction of justice.”

“They would be strengthening the case for obstruction if they behave that way,” he added.

Since the revelation from an anonymous whistleblower that Trump pressured Ukraine’s president to dig up dirt on 2020 presidential candidate Joe Biden, Trump has repeatedly attacked the whistleblower, accusing the person of treason. The president has also suggested that Schiff should face “arrest for treason,” among other attacks against Democratic lawmakers.

“We will do everything in our power to make sure that whistleblower is protected, that that whistleblower’s preferences in terms of their anonymity are respected,” Schiff said Wednesday. “Let’s not make any mistake here. The president wants to make this all about the whistleblower and suggests people that come forward with evidence of his wrongdoing are somehow treasonous and should be treated as traitors and spies. This is a blatant effort to intimidate witnesses. It’s an incitement of violence.”

Schiff has said the whistleblower has agreed to testify before his committee, though a date has not been announced yet.

Pelosi also urged Democrats to not see the impeachment proceedings as a frenzy, calling for “calmness, quiet, so that we can hear,” and reiterated that the prospect of potentially impeaching the president was a “very sad” development.

“This is a very serious, very serious challenge that the president has put there. It’s very sad. I don’t see impeachment as a unifying thing for our country,” she said. “I weighed those equities hard and long, until I had the president’s admission that he did what he did on that call.”