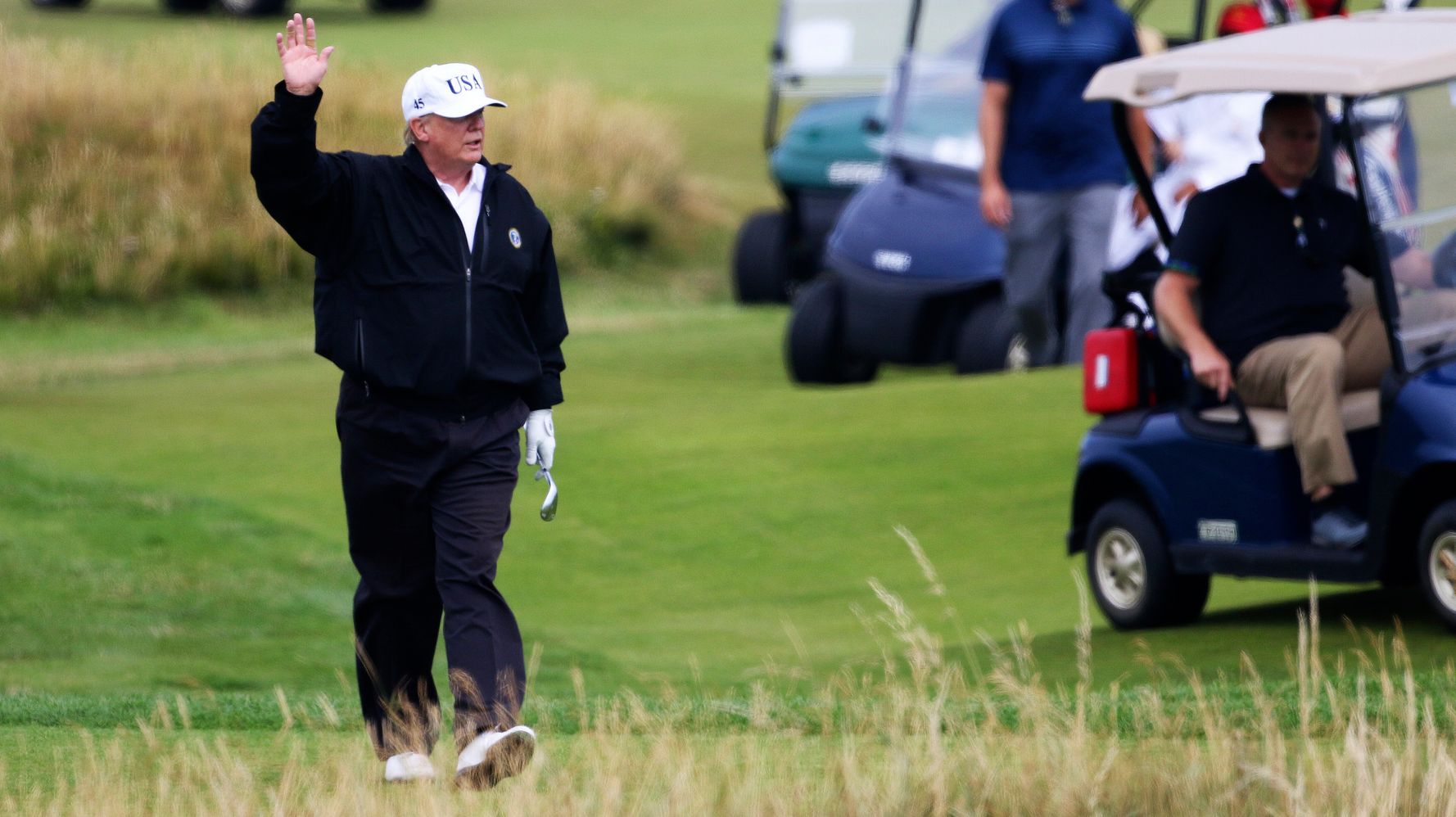 The small Scottish airport with a hefty U.S. Defense Department contract near Donald Trump’s Turnberry golf resort has “routinely” arranged hundreds of nights of lodging for military aircrews on refueling layovers at the president’s property and at other area hotels, a spokesperson told The Scotsman newspaper.

The U.S. contract with the remote airport just 23 miles from Trump’s club is under investigation by a House committee — as are stays at the resort by U.S. military personnel. The Air Force has also launched a probe into how the Turnberry accommodations were chosen.

Staff at the Glasgow Prestwick Airport reserved 208 nights for U.S. aircrews last year, up from 116 the previous year, during refueling layovers, the airport told The Scotsman. The number of overnight stays the first eight months of this year is already at 220, the newspaper reported.

The airport spokesperson did not reveal how many of those nights were at Trump’s resort or at some of the other dozen or so hotels in the area the airport uses. He said stays at Turnberry accounted for a “small percentage” of the total number of nights. A representative of the Trump Organization told The New York Times on Saturday that military personnel have stayed a few times at Turnberry.

An Air Force official told the Times that Turnberry was the closest and least expensive of area options, although he was referring to questions about a particular stay in March. Politico has identified four different stays by a total of 60 military personnel from last September to June of this year.

The Prestwick tally was reported Monday, the same day that the commander in chief tweeted that lodging in his resort by U.S. military personnel “HAS NOTHING TO DO” with him. Trump also managed to tout his business in the same tweet, pointing out that service members staying at Turnberry “have good taste.”

I know nothing about an Air Force plane landing at an airport (which I do not own and have nothing to do with) near Turnberry Resort (which I do own) in Scotland, and filling up with fuel, with the crew staying overnight at Turnberry (they have good taste!). NOTHING TO DO WITH ME

The House Oversight Committee is investigating if taxpayer money is being used to prop up both the president’s resort and Prestwick, which is owned by the Scottish government and is a key pipeline to Turnberry. Both operations had been struggling financially, but Turnberry income was up by millions last year, and the Pentagon is now Prestwick’s biggest customer.

Such an intentional arrangement to boost the president’s personal income could be a violation of anti-corruption provisions of the U.S. Constitution. The Defense Department has so far refused to turn over documents requested by the House committee in a June letter that was first obtained by Politico.

Prestwick’s contract with the Defense Department could reap as much as $21 million for the airport when it expires this month, according to The Scotsman. The newspaper said a new contract to take effect in October will be for even more fuel and will extend to 2024.

Politico initially uncovered a stay in March by an aircrew en route from the U.S. to Kuwait that included discounted rooms and free golf passes. The Prestwick spokesperson said that, although staff arranges lodging, the airport does not take a commission and the aircrews “settle their bills directly with the hotels involved. He added: “We do not offer free rounds of golf at Trump Turnberry for any air crew.”

On Friday, the House Oversight Committee announced that it would investigate Vice President Mike Pence’s controversial stay at Trump’s Doonbeg golf resort in Ireland last week even though his official meetings were 182 miles away, in Dublin. The House Judiciary Committee said it would look into the president’s suggestion that next year’s Group of Seven international summit be held at his Miami golf resort.

So, Are Democrats Impeaching The President Or Nah?