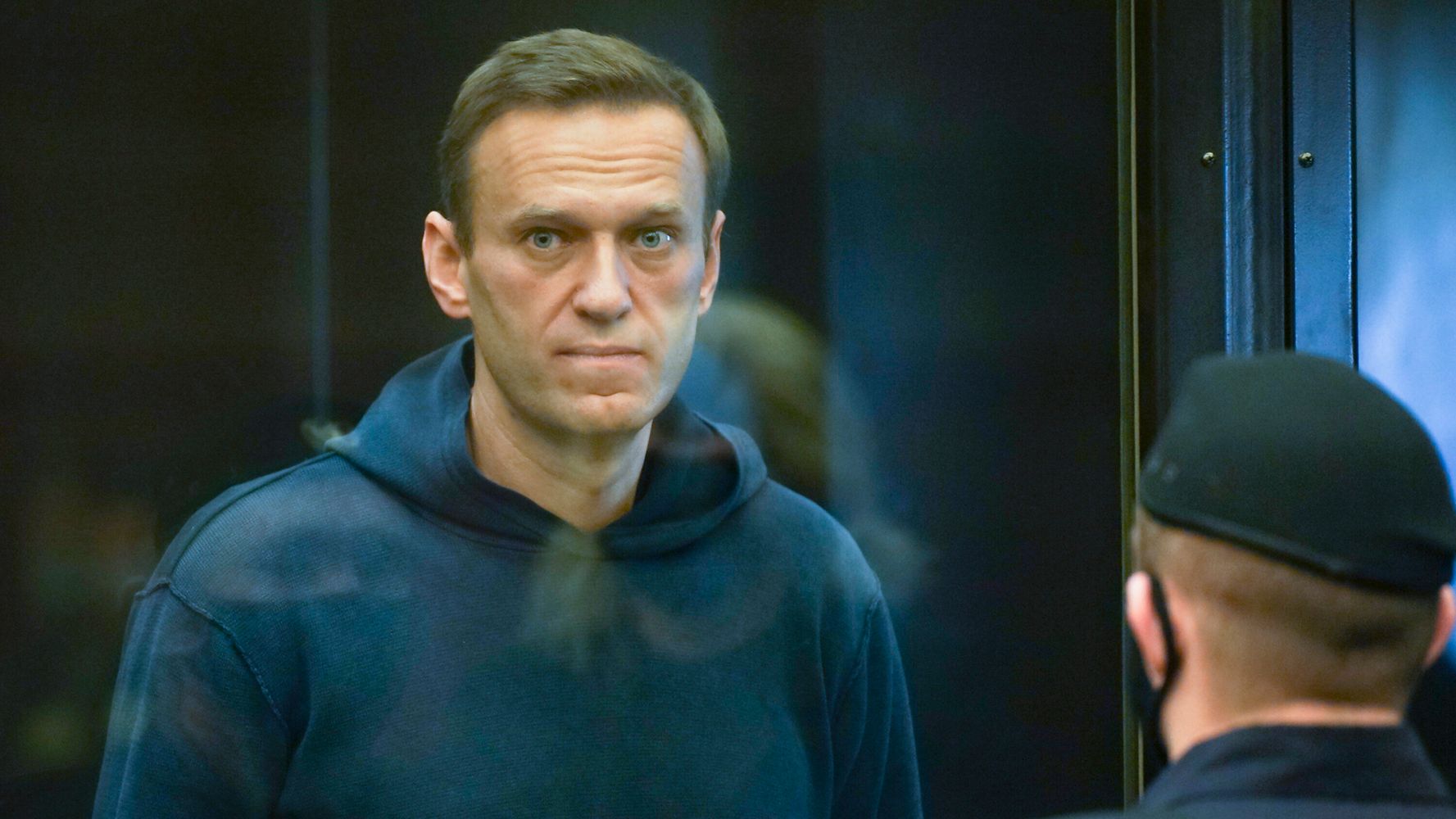 In an unsparing courtroom speech delivered before he was sentenced to two-and-a-half years in a labor camp on Tuesday, Russian opposition leader Alexei Navalny sharply criticized President Vladimir Putin, describing him as a “thieving little man in his bunker.”

Navalny was arrested Jan. 17 upon his return to Moscow from Germany, where he’d spent five months recovering from a failed assassination attempt. An investigation by Bellingcat, CNN and Navalny himself found that members of the Russian FSB security service sneaked into Navalny’s hotel room in August and applied a lethal nerve agent to a pair of his underpants. (Russia has denied the claim.)

Navalny, 44, repeatedly returned to the poisoning in his remarks, according to an English translation provided by the Russian news outlet Meduza.

“I mortally offended him by surviving,” Navalny said. “And then I committed an even more serious offense: I didn’t run and hide.”

“[Putin will] go down in history as nothing but a poisoner. We all remember Alexander the Liberator and Yaroslav the Wise. Well, now we’ll have Vladimir the Underpants Poisoner,” Navalny continued, referring to Alexander II, a 19th-century czar of Russia, and Yaroslav I, an 11th-century grand prince of Kiev.

Massive protests swept Russia following Navalny’s arrest, spurred in part by a video investigation released by his organization that disclosed a secret billion-dollar palace Putin has allegedly built for himself on the Black Sea. Police detained more than 5,750 people this past Sunday. More than 1,900 of those were in Moscow, the most since the Soviet era, according to the Associated Press.

Under Putin, Navalny said, “lawlessness and tyranny [have] become the essence of a political system.”

“I hope very much that people won’t look at this trial as a signal that they should be more afraid,” he added, encouraging Russians to continue to protest.

“This [trial] isn’t a demonstration of strength — it’s a show of weakness. You can’t lock up millions and hundreds of thousands of people. I hope very much that people will realize this. And they will. Because you can’t lock up the whole country.”

Navalny was originally arrested at the request of Russia’s penitentiary service for violating the terms of a probation agreement from a 2014 money-laundering conviction he says was politically driven. His legal team argued that he was justifiably unable to satisfy the requirements of his probation, including registering in person with authorities, while he was lying in a coma in Germany recovering from the poisoning.