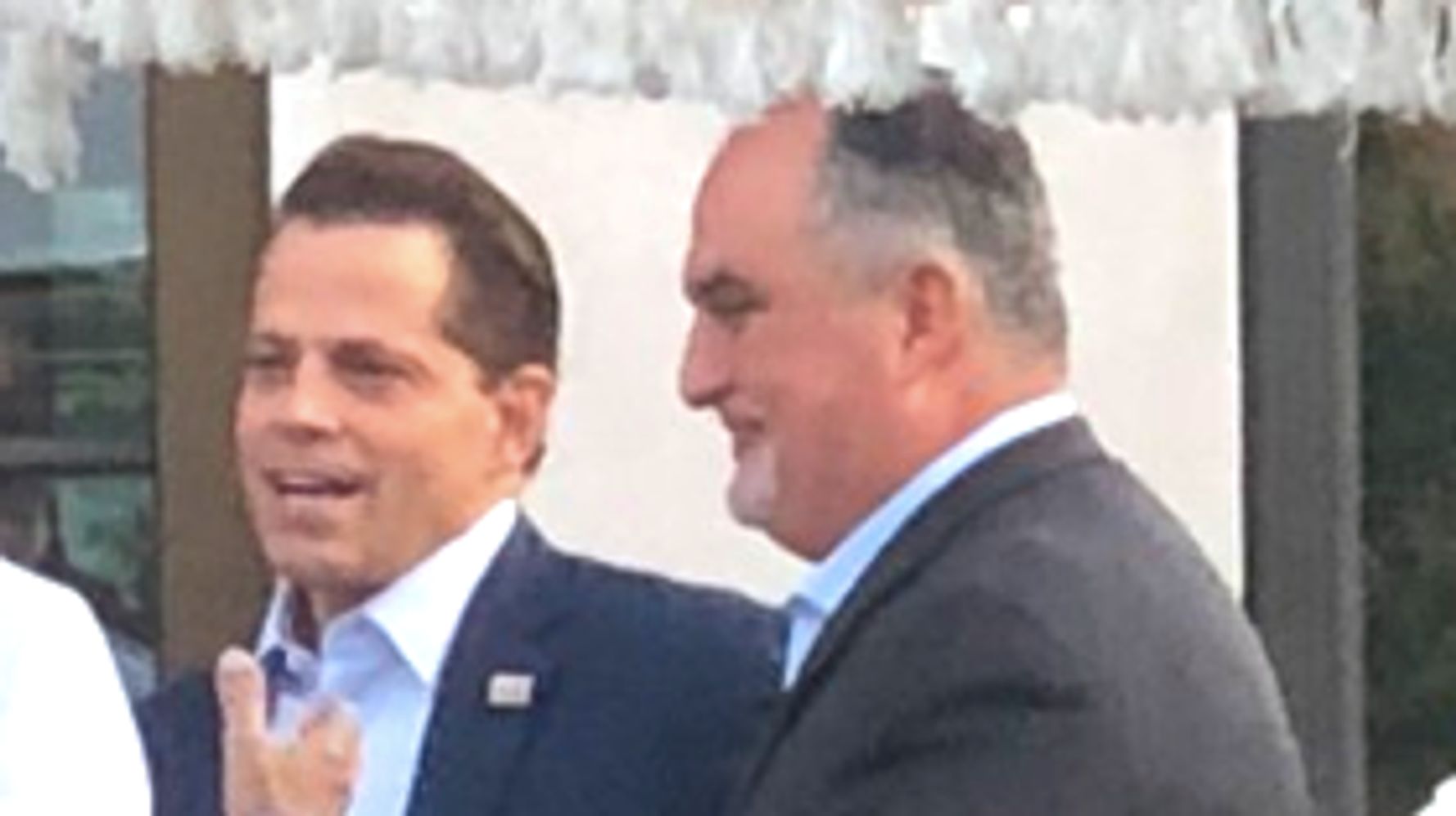 Scaramucci insisted that he’s still a “registered Republican” and hasn’t switched his support to the Democratic presidential candidate. But he also said he “will be working to find a nominee to challenge Donald Trump because he’s lost his mind. And we’ve got to … get somebody in there before we lose the election in 2020.”

Anthony @Scaramucci says he’s still a registered Republican and has NOT switched his support to Biden, but that he’s looking for a new nominee because Trump has “lost his mind” pic.twitter.com/XM5wyFIlHS

Scaramucci appealed the previous day in an MSNBC interview to the Republican leadership to convince Trump to step down “before he embarrasses himself” — and let Vice President Mike Pence take over. He accused Trump of  “melting down like a nuclear reactor,” and said he’s in “early-stage full-blown fascism.”

Biden spoke at the Blue Dream Gala, a charity event hosted by the Greek Orthodox Church of the Hamptons.

“I know I’m crashing your party here,” quipped Biden. He honored the Greek  community and Greek Orthodox leaders for their support after the death of his son Beau, who died in 2015 of brain cancer at the age of 46.

He added: “Now more than ever we need the United States to stand for the values that unite us, and to lead the world. We can’t forget that democracy is the root of our society, the wellspring of our power.”

The gala raises funds for one main charity each year. The charity chosen in 2016 was the Beau Biden Foundation, founded in honor of Biden’s son.

Wall Street Journal To ‘Chairman’ Trump: ‘This Isn’t The People’s Republic of America’