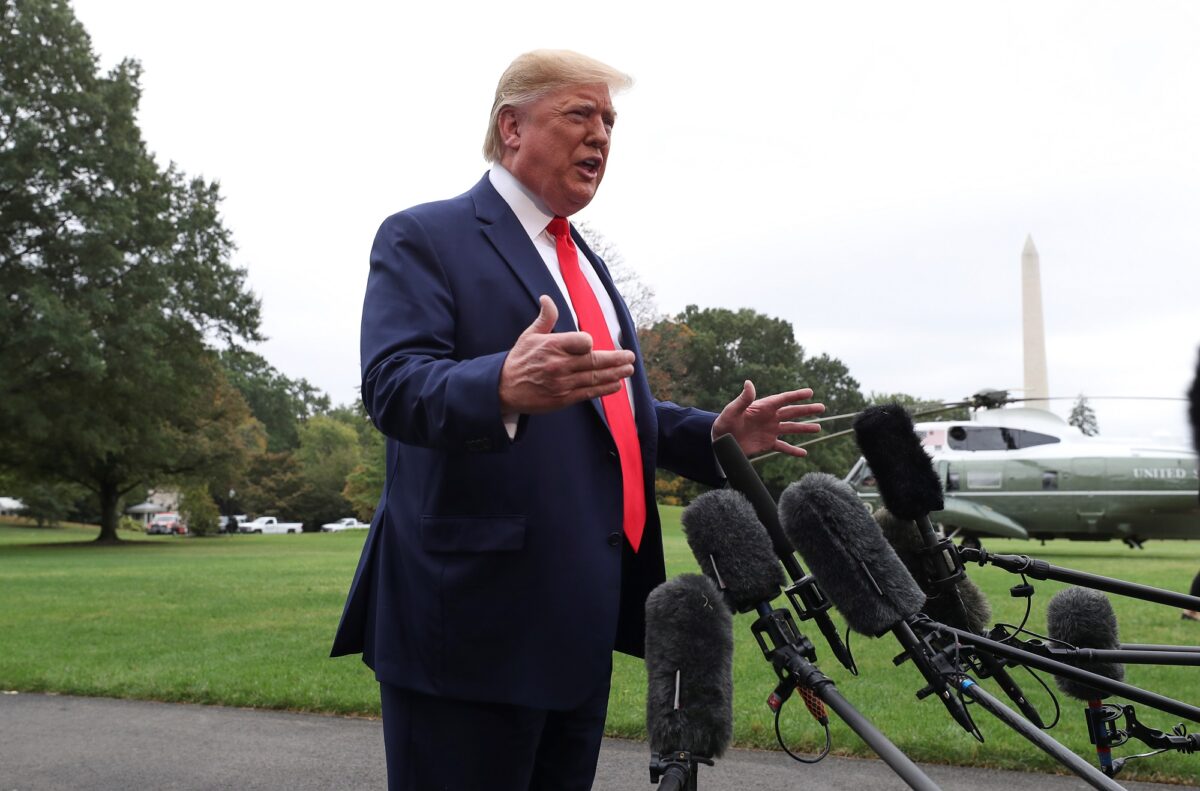 The 2nd U.S. Circuit Court of Appeals in Manhattan on Oct. 7 granted the delay requested by Trump’s lawyers until the appeals court could consider the issue expeditiously. Manhattan District Attorney Cyrus Vance is seeking to enforce a subpoena for eight years’ worth of the president’s tax returns.

Earlier in the day, U.S. District Judge Victor Marrero rejected Trump’s appeal to block the subpoena. Trump, in his lawsuit, had sought a broad immunity from all criminal investigations.

The action by the appeals court froze the effect of Marrero’s ruling. Vance, a Democrat, sought returns and other records from Mazars USA, Trump’s accounting firm, as part of an investigation into the Trump Organization’s involvement in reportedly buying the silence of two women who claimed to have had affairs with him.

The president, in response to the ruling, said on Twitter that what is happening to him is unheard of.

“The Radical Left Democrats have failed on all fronts, so now they are pushing local New York City and State Democrat prosecutors to go get President Trump,” Trump wrote on Twitter. “A thing like this has never happened to any President before. Not even close!”

Marrero said in his ruling that he could not grant such a “categorical and limitless assertion of presidential immunity.” Justice Department policy, however, has long been that sitting presidents cannot be charged criminally, and impeachment is the only way to address potential wrongdoing.

The White House and the Department of Justice declined a request for comment.

“Judge Victor Marrero is a Clinton appointee. If or when this gets to the Supreme Court, we might see a party-line vote, which is a not-infrequent occurrence,” he said.

“Judge Marrero asserts that presidential immunity from prosecution has to have some limit somewhere,” Barnett said. “Considering the congressional ability to impeach, that may or may not hold up on appeal.”

New York-based attorney Manny Alicandro told The Epoch Times the case will likely go to the supreme court. Barnett had a similar thought.

“There are aspects of this case which are unsettled law, and because it will continue to arise in other contexts as well, with so many different authorities seeking his [Trump’s] tax returns, I believe this is headed for the Supreme Court,” Barnett said.

Grand jury proceedings and records in New York are secret. If Vance gains access to Trump’s returns through a grand jury investigation, that doesn’t mean their contents would be disclosed publicly.

It is unclear what Trump’s returns might have to do with the investigation.

In April, the White House said Trump’s tax returns will “never” be shown to Democratic lawmakers, a sharp rebuff to a renewed push for the president’s personal finances.

The demand from the Democratic chairman to see Trump’s tax returns was the first such demand for a sitting president’s personal information in 45 years.

This article has been updated