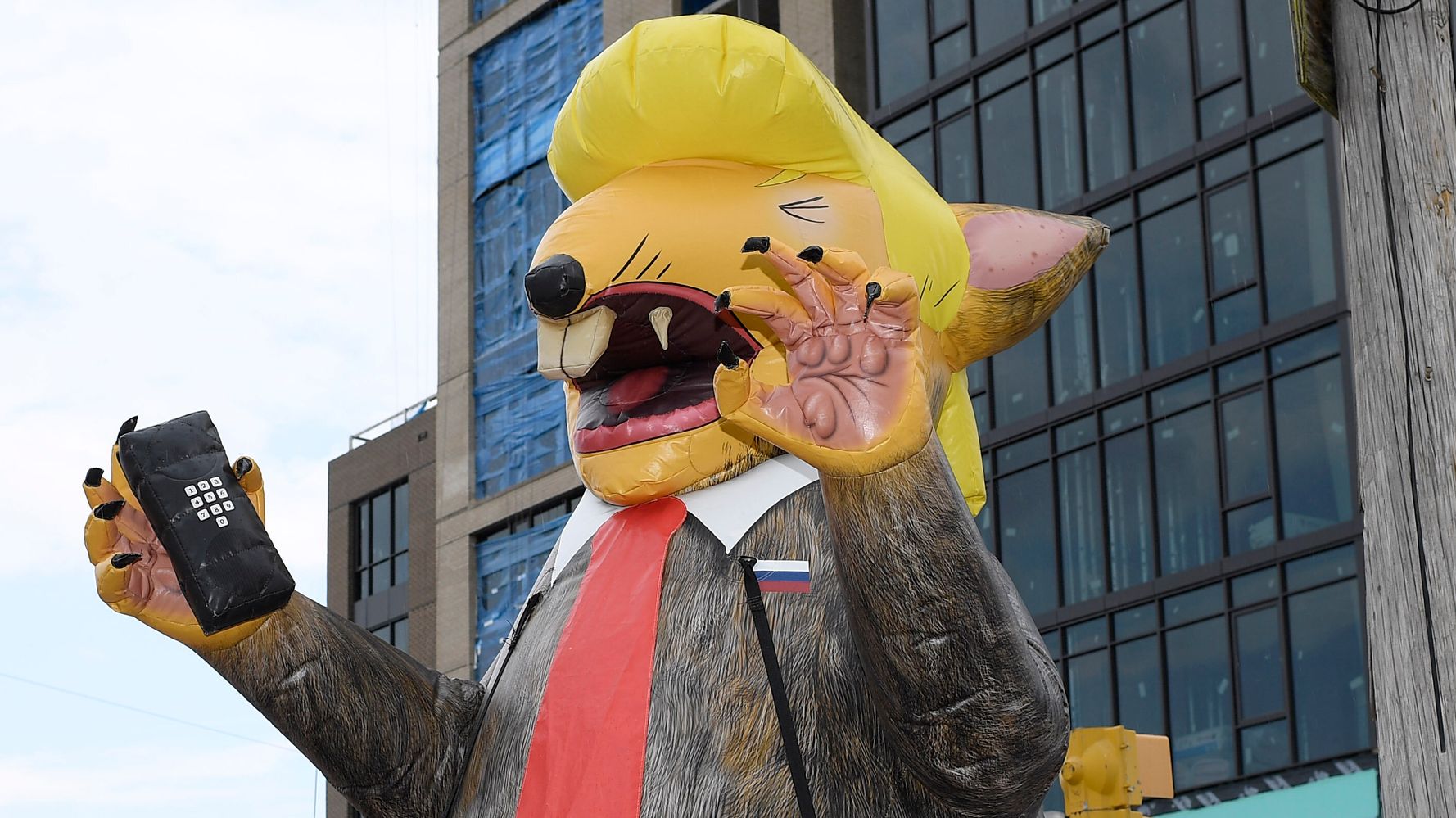 People in Baltimore weren’t scurrying to celebrate President Donald Trump’s visit after he smeared their city earlier this summer.

The president infamously called Baltimore a “disgusting, rat and rodent infested mess” in July during a Twitter rampage directed at Rep. Elijah Cummings (D-Md.), who represents much of the city.

Trump attacked Cummings’ 7th Congressional District after his comments about inhumane conditions at the U.S.-Mexico border.

As the president geared up on Thursday to make his first visit to the city since his slew of insults, protesters prepped the downtown streets for his arrival, inflating a giant depiction of Trump as a rat and changing the name of Baltimore’s President Street to President Barack Obama Avenue.

Will you chip in so we can continue the fight? https://t.co/inGNJ3AmVE pic.twitter.com/VNhyxpuh70

The Trump rat balloon was placed in view of the Waterfront Marriott, where the president spoke Thursday evening as part of his two days attending the House Republican Conference retreat.

As Trump’s motorcade sped through the streets, dozens of protesters jeered and waved rat-themed props.

One woman posted a video on Twitter saying the president waved in response:

BREAKING: Trump has arrived. He, ummm, waved at the protestors. I’ll cut the video so you can see it. pic.twitter.com/V0w1JKVKbF

Here is Trump waving to the protestors as he goes by. Thank you for joining me today in Charm City. I am heading home. End) pic.twitter.com/t7hUjdwwGE

“I’m sure he thinks they’re his supporters,” one Twitter user responded.

Cummings had said in August that he hoped the president would pay the city a visit, saying, “The president is welcome in our district, to go through the 7th Congressional District, and he will see strong people who get up and they go out to work on the early bus.”

However, Trump would not be inspecting conditions in the city. According to the White House, the president had no plans in Baltimore beyond his speech, which ended up mostly being about his accomplishments as president.

The Baltimore Sun reported that Trump rehashed his criticisms of the city toward the end of his speech, saying, “We’re going to fight for the future of cities like Baltimore that have been destroyed by decades of failed and corrupt rule.”

He also called the “great American cities” of Los Angeles and San Francisco “an embarrassment” at the hands of Democratic officials and said “Republicans want to rebuild our inner cities and provide a future of limitless opportunity for all Americans.”