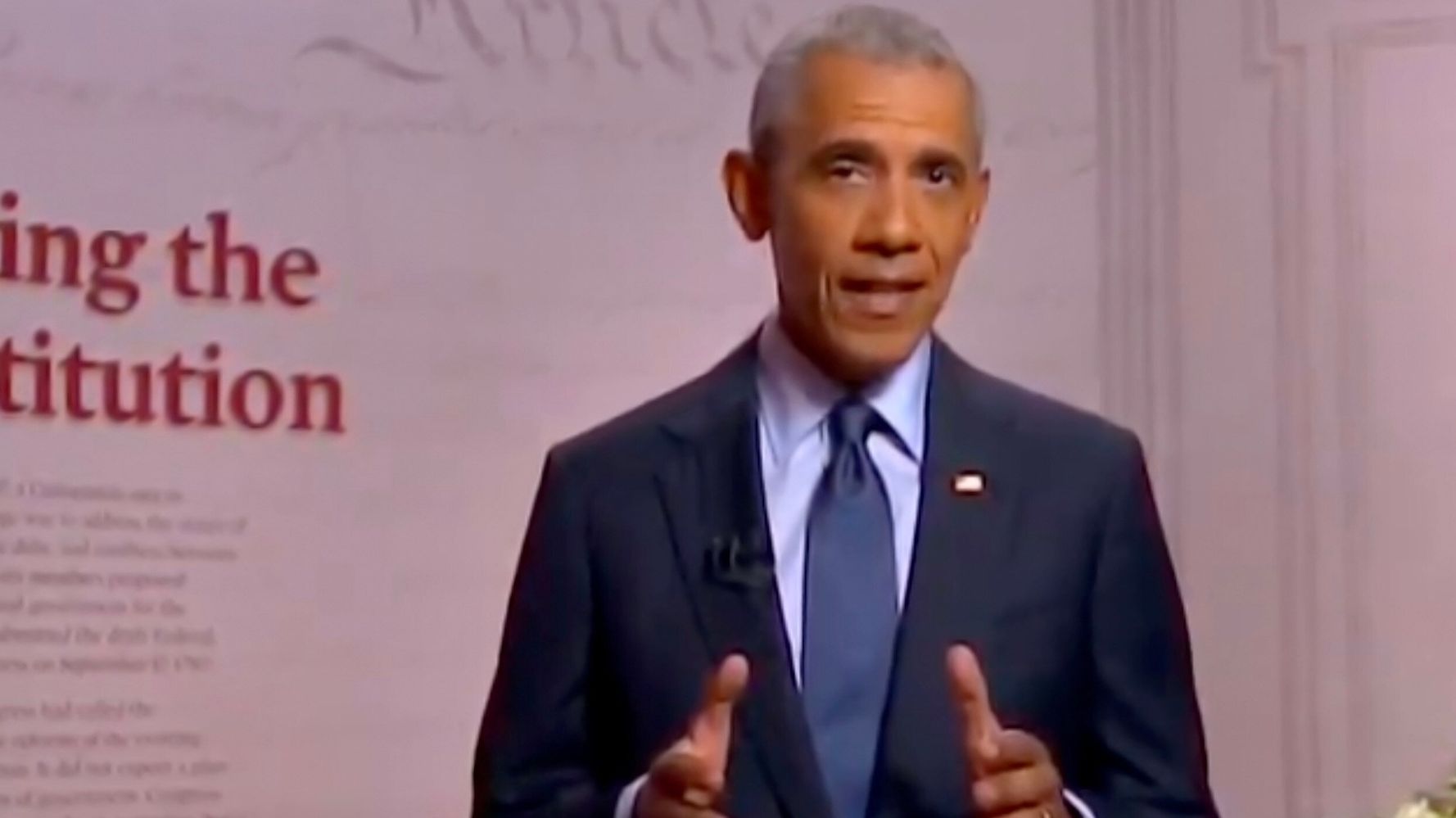 Former President Barack Obama, on the third and penultimate night of the Democratic National Convention, delivered a speech skewering the job Donald Trump has done as president ― and lauding his “brother” Joe Biden for his character and political experience.

Trump has “shown no interest in putting in the work, no interest in finding common ground, no interest in using the awesome power of his office to help anyone but himself and his friends, no interest in treating the presidency as anything but one more reality show that he can use to get the attention he craves,” Obama said Wednesday night from Philadelphia.

Obama has, over the past four years, largely refrained from criticizing his successor, but he minced no words in his lambaste of the president during his DNC address.

“Donald Trump hasn’t grown into the job because he can’t,” the former president said. “And the consequences of that failure are severe: 170,000 Americans dead, millions of jobs gone, our worst impulses unleashed, our proud reputation around the world badly diminished, and our democratic institutions threatened like never before.”

Barack Obama: “Donald Trump hasn’t grown into this job because he can’t and the consequences of that failure are severe. 170,000 Americans dead, millions of jobs gone … our worst impulses unleashed, our proud reputation around the world badly diminished.” https://t.co/PPXl9Fh6pU pic.twitter.com/BkJu8Jk5dz

Obama urged Americans to consider voting for Biden, his former vice president, who he said “made me a better president” and who has “got the character and the experience to make us a better country.”

“Twelve years ago, when I began my search for a vice president, I didn’t know I’d end up finding a brother,” Obama said. “Joe and I came from different places and different generations. But what I quickly came to admire about him is his resilience, born of too much struggle; his empathy, born of too much grief. Joe’s a man who learned early on to treat every person he meets with respect and dignity, living by the words his parents taught him: ‘No one’s better than you, but you’re better than nobody.’”

“This President and those in power, those who benefit from keeping things the way they are, they are counting on your cynicism,” former President Obama says.

Obama ― who officially endorsed Biden back in April ― also praised his running mate, Sen. Kamala Harris, for being “an ideal partner who’s more than prepared for the job, someone who knows what it’s like to overcome barriers and who’s made a career fighting to help others live out their own American dream.”

“Tonight, I am asking you to believe in Joe and Kamala’s ability to lead this country out of these dark times and build it back better,” Obama said, adding that democracy was “at stake” in November.

Other than Obama, Harris, as well as House Speaker Nancy Pelosi (Calif.) and former Secretary of State Hillary Clinton, were among the other notable speakers Wednesday at the convention, which is being held virtually this week due to the coronavirus pandemic.

Biden is expected to accept the Democratic presidential nomination on Thursday at the Chase Center in his hometown of Wilmington, Delaware. California Gov. Gavin Newsom, as well as former presidential candidates Pete Buttigieg and Sen. Cory Booker (D-N.J.), are among the luminaries slated to speak before Biden.