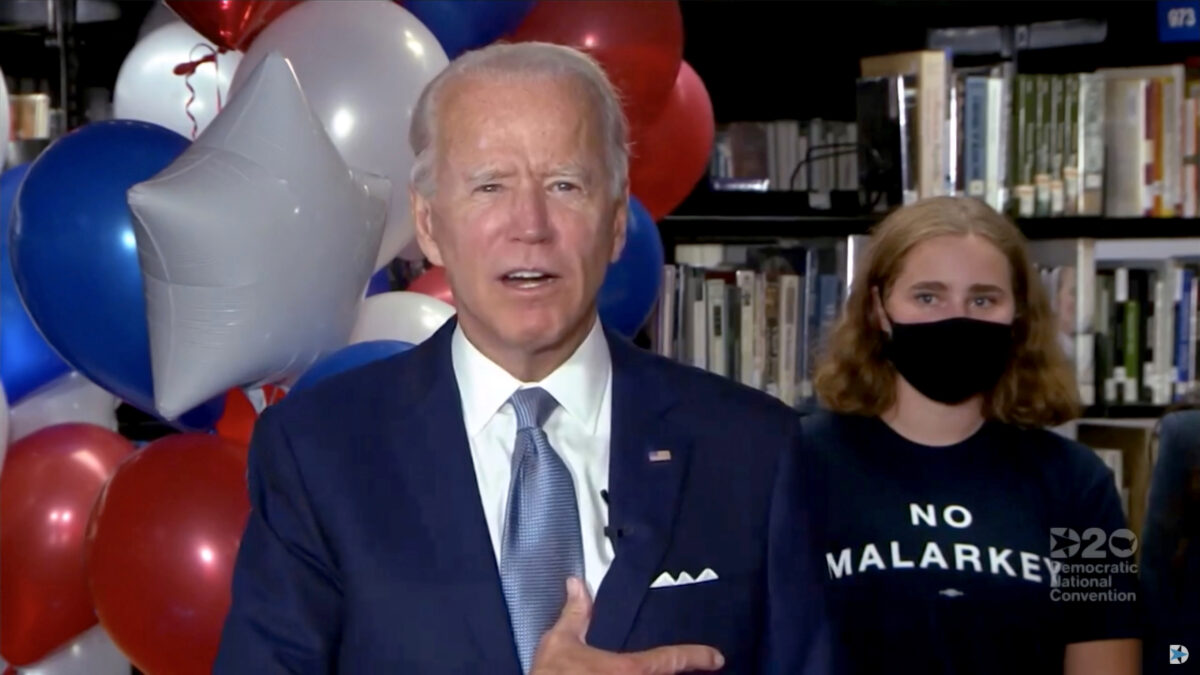 Democratic presidential nominee Joe Biden said he is open to the possibility of serving two full terms, or eight years, if he is elected as president in November.

“I think it’s a legitimate question to ask anyone over 70 years old if they’re fit, they’re ready,” Biden, who would be the oldest person to be elected president in U.S. history, told ABC News on Sunday. “But … watch me,” he added.

The interviewer asked Biden, 77, about his description of himself as a “transition candidate” amid speculation that he will be unfit to serve for a single four-year term and him naming Sen. Kamala Harris (D-Calif.) to be his vice presidential nominee.

“No, it doesn’t mean that,” Biden said in response to the speculation, adding he will “absolutely” serve eight years in office.

President Donald Trump, in campaign ads and on social media, has highlighted Biden’s verbal slips, his advanced age, and some of his unusual statements made in recent months, suggesting that he no longer has the cognitive ability to be president.

“Watch me. Mr. President, watch me. Look at us both. Look at us both, what we say, what we do, what we control, what we know, what kind of shape we’re in,” Biden said, referring to Harris, following Trump’s criticism.

“In any state where we have competitive people running for the Senate and the House and the legislature, it’s important the Democratic Party invest there,” Biden also said in reference to the “transition candidate” remark. “So [what] I want to do is make sure when this is over, we have a new Senate, we won back statehouses, we’re in a position where we transition to a period of bringing people up to the visibility that they need to get to be able to lead nationally. And that’s about raising people up. And that’s what I’m about.”

Biden’s wife, Jill, said in interviews this week that the attacks on her husband are unfounded.

“Joe is on the phone every single minute of the day talking to governors, [Speaker] Nancy Pelosi [D-Calif.], he’s on Zoom, he’s doing fundraisers, doing briefings,” she stated. “He doesn’t stop from 9 in the morning until 11 at night.”

Last week, Biden accepted the Democratic presidential nomination, saying that he would undo policies implemented under the Trump administration.

In his acceptance speech, the former vice president said that he would use the entire federal government to battle the pandemic caused by the CCP (Chinese Communist Party) virus.