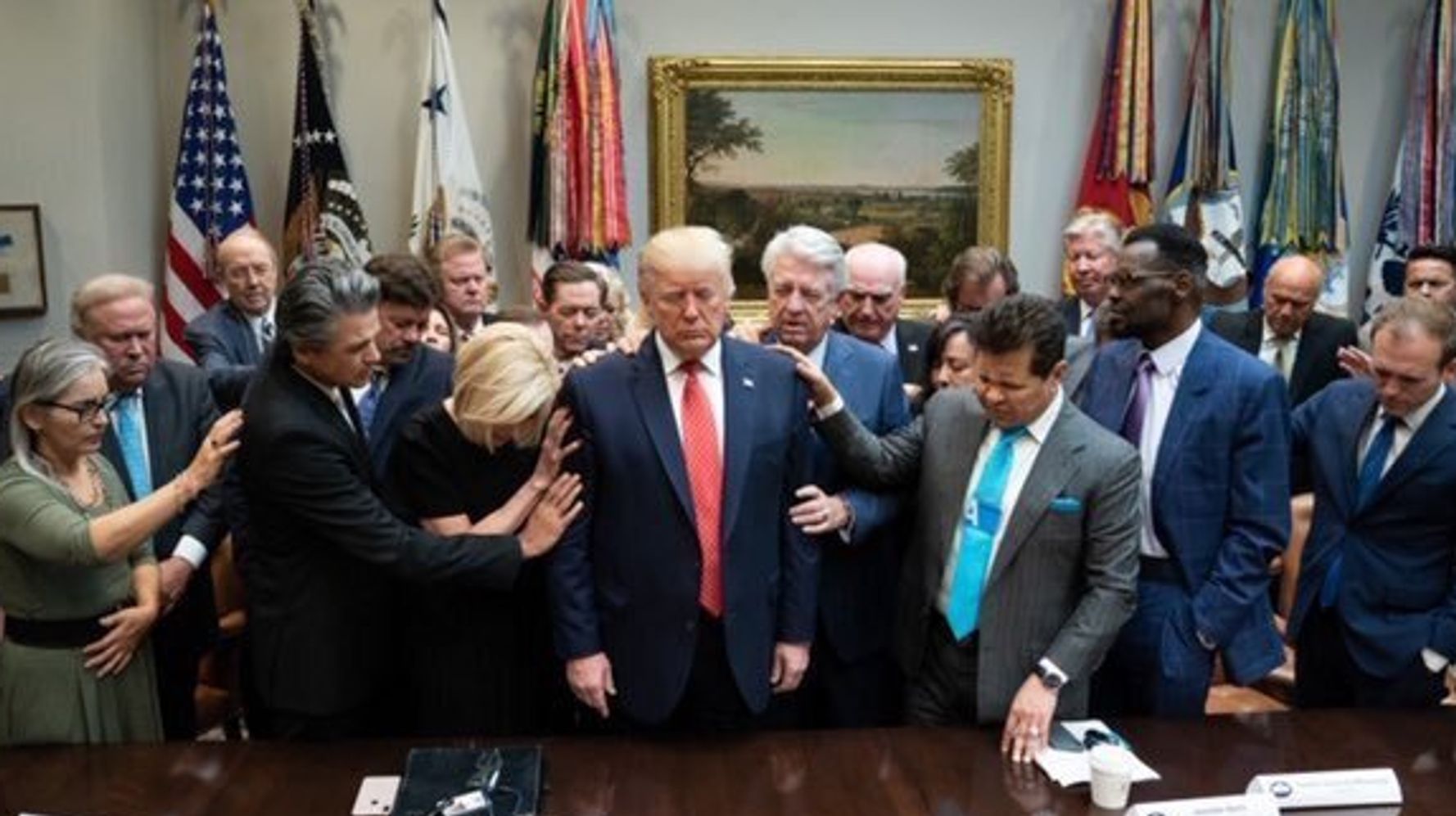 A photo posted on Twitter of a group of religious leaders with their hands on President Donald Trump as they prayed for him didn’t sit very well with conservative attorney George Conway, husband of White House counselor Kellyanne Conway.

He skewered the hypocrisy of the holy gathering for a president who routinely lies, and has been accused of paying hush money to an adult film star and withholding military funds to pressure Ukraine’s president into launching an investigation of his political rival Joe Biden and his son.

“Blessed be they hush money, mayest all quid pro quos be thine, and mayest thy falsehoods persuade the multitudes,” Conway scoffed on Twitter Friday.

Blessed be thy hush money, mayest all quid pro quos be thine, and mayest thy falsehoods persuade the multitudes. https://t.co/EXGFNG24bi

Conway was reacting to a photo originally posted on Thursday by Johnnie Moore, president of The Congress of Christian Leaders, which showed a group of conservative religious leaders putting their hands on Trump in the Oval Office to pray for him.

A privilege to meet with & pray w/ @POTUS.

Conway’s followers on Twitter joined in on the spirit of his fractured “prayer.”

That’s about the same number of people who have alleged he inappropriately put his hands on them.

And the people bowed and prayed to the neon God they’d madehttps://t.co/9lxisGIB76

Wolves in sheep clothing.
💰💰💰
Kurds were exiled from their home for oil.
What does it profit a man to gain the whole world and lose his soul.

Now they lay hands…They should have done that when he was doing all that lying and scheming and degrading people. “God will not be mocked. Whatever a man sows that he shall receive” Galatians 6:7 #ImpeachTheMF