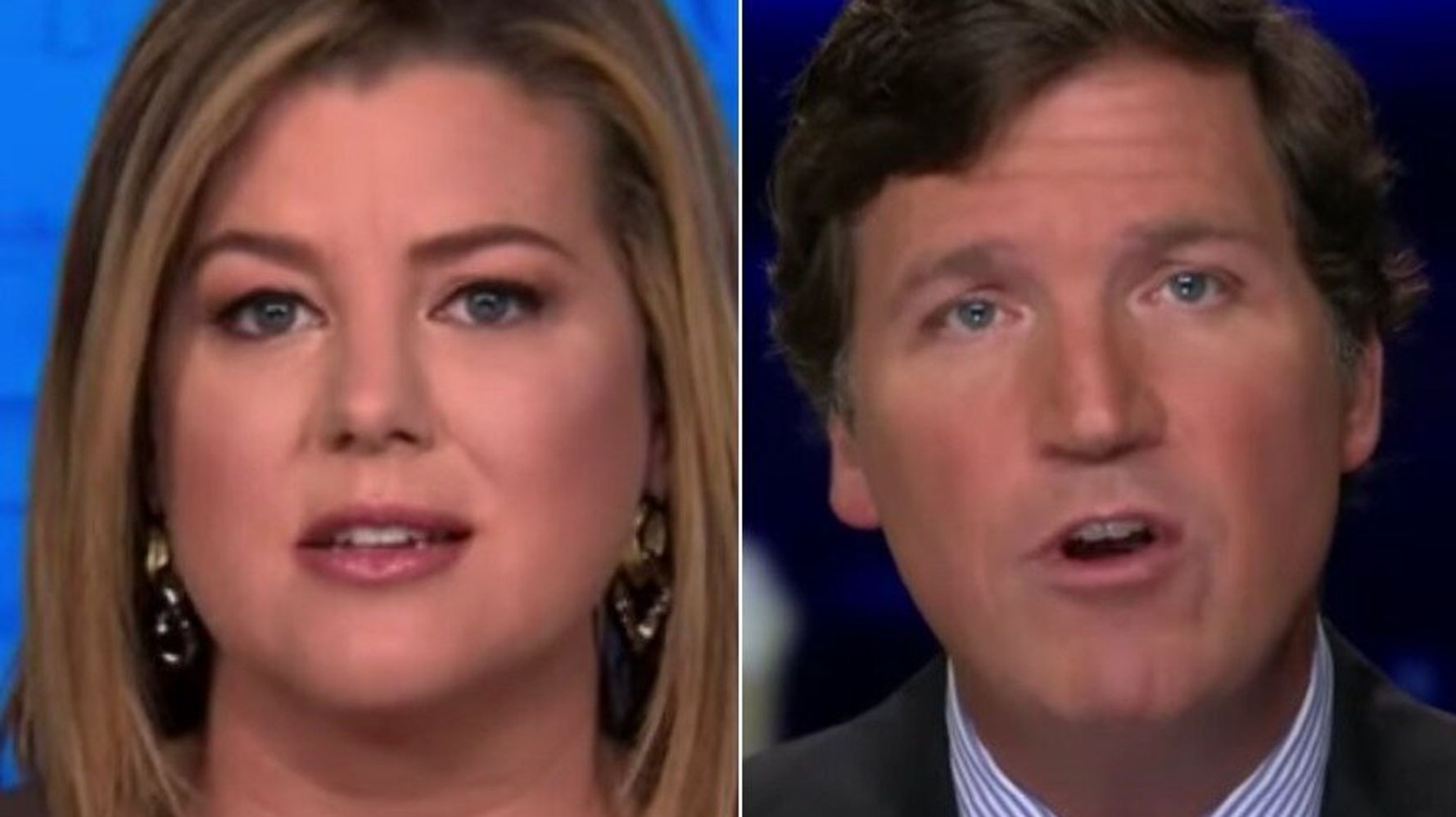 “There is some serious crazy coming out of Fox prime time these days,” CNN’s Brianna Keilar declared Tuesday in a scathing segment calling out the conservative network and its most-watched personality, Tucker Carlson.

“Newsroom” host Keilar noted Fox News’ ratings have slumped since it accurately reported the outcome of the 2020 election, with some pro-Trump viewers switching to “ultra-right-wing conspiracy theorist networks like OAN and Newsmax.”

But Carlson is “manning the exits and imploring viewers to stay by giving them what they want,” said Keilar, citing his defense Monday night of conspiracy theory-touting Rep. Marjorie Taylor Greene (R-Ga.).

Carlson’s comments about Greene were “like a toddler banging his head against the wall to get attention,” Keilar said. She listed some of the controversial comments made by the GOP lawmaker, from calling school shootings “false flags” to supporting former President Donald Trump’s election fraud lies.

“Those aren’t opinions, Tucker, they are lies,” Keilar said. “Unfounded and absurd conspiracy theories. And his claim that Marjorie Taylor Greene’s opinions haven’t harmed anyone, tell that to the families of victims killed in these school shootings that the congresswoman has questioned.”

Keilar concluded by recalling Fox News’ argument that Carlson’s comments shouldn’t be taken literally in a slander case that was dismissed against the network last year.

“Fox called it a victory for all defenders of the First Amendment,” she said. “So let’s just remember that as Tucker Carlson sets out on his latest sad quest for relevancy — even his own employer, the corporation that writes his checks, says he’s full of it.”

“Those aren’t opinions, Tucker. They are lies. Unfounded and absurd conspiracy theories” pic.twitter.com/o7pHvgsWpv