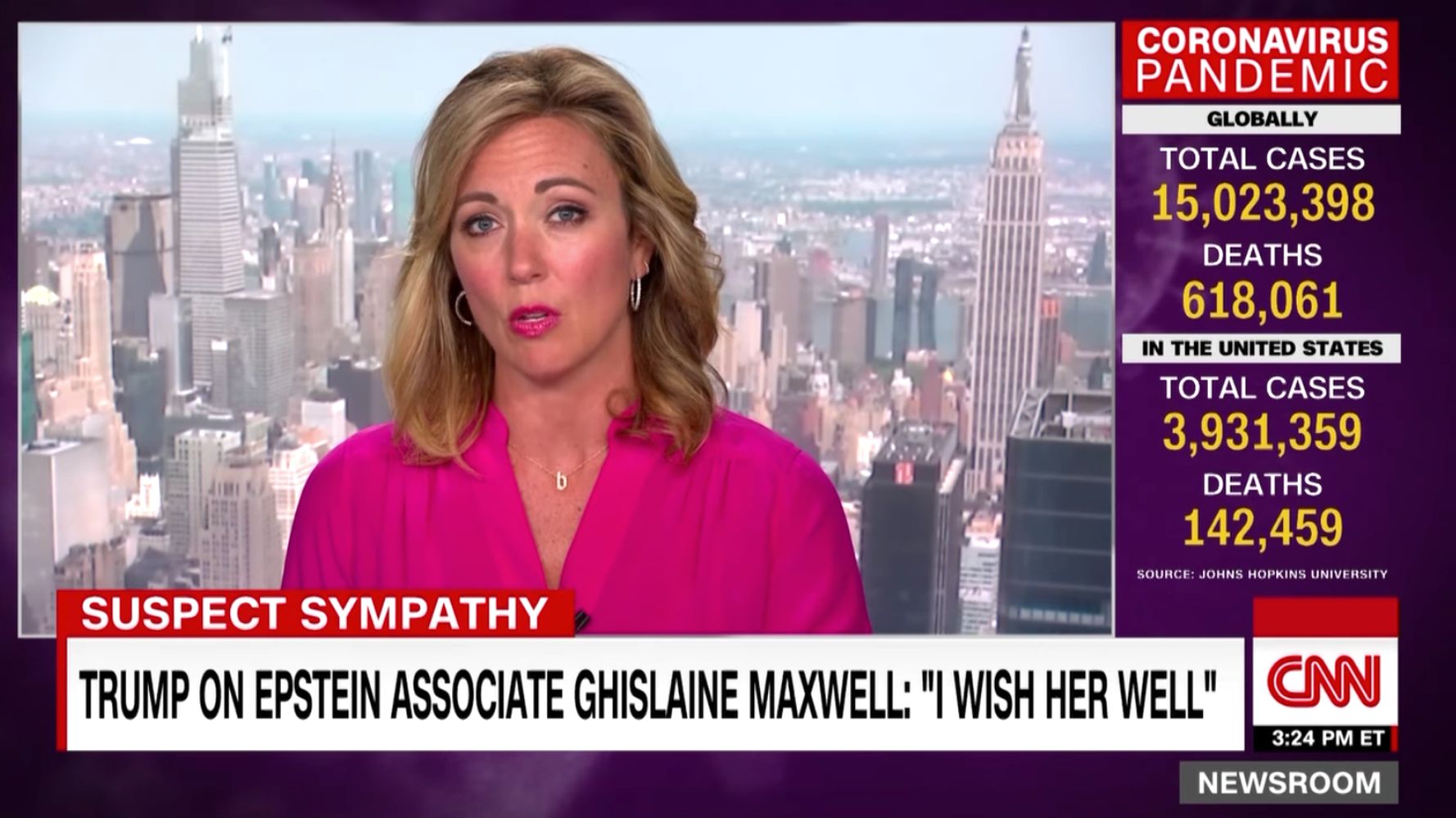 On Tuesday, when Trump was asked during a news briefing about Maxwell’s arrest and whether she might implicate any powerful men involved in Epstein’s inner circle, the president said: “I don’t know. I haven’t really been following it too much. I just wish her well, frankly. I’ve met her numerous times over the years, especially since I lived in Palm Beach.”

Baldwin was aghast. “Maxwell is facing federal charges. She is accused of recruiting, grooming and sexually abusing young girls as part of a yearslong criminal enterprise,” she told viewers. “And their stories are so abhorrent I can’t even go into some of the detail on national television.”

She noted there were some important women the president “left off his well-wishes list”:

Her arrest came nearly one year after authorities arrested Epstein, who died of apparent suicide in August after he was denied bail.

Watch the CNN segment below.