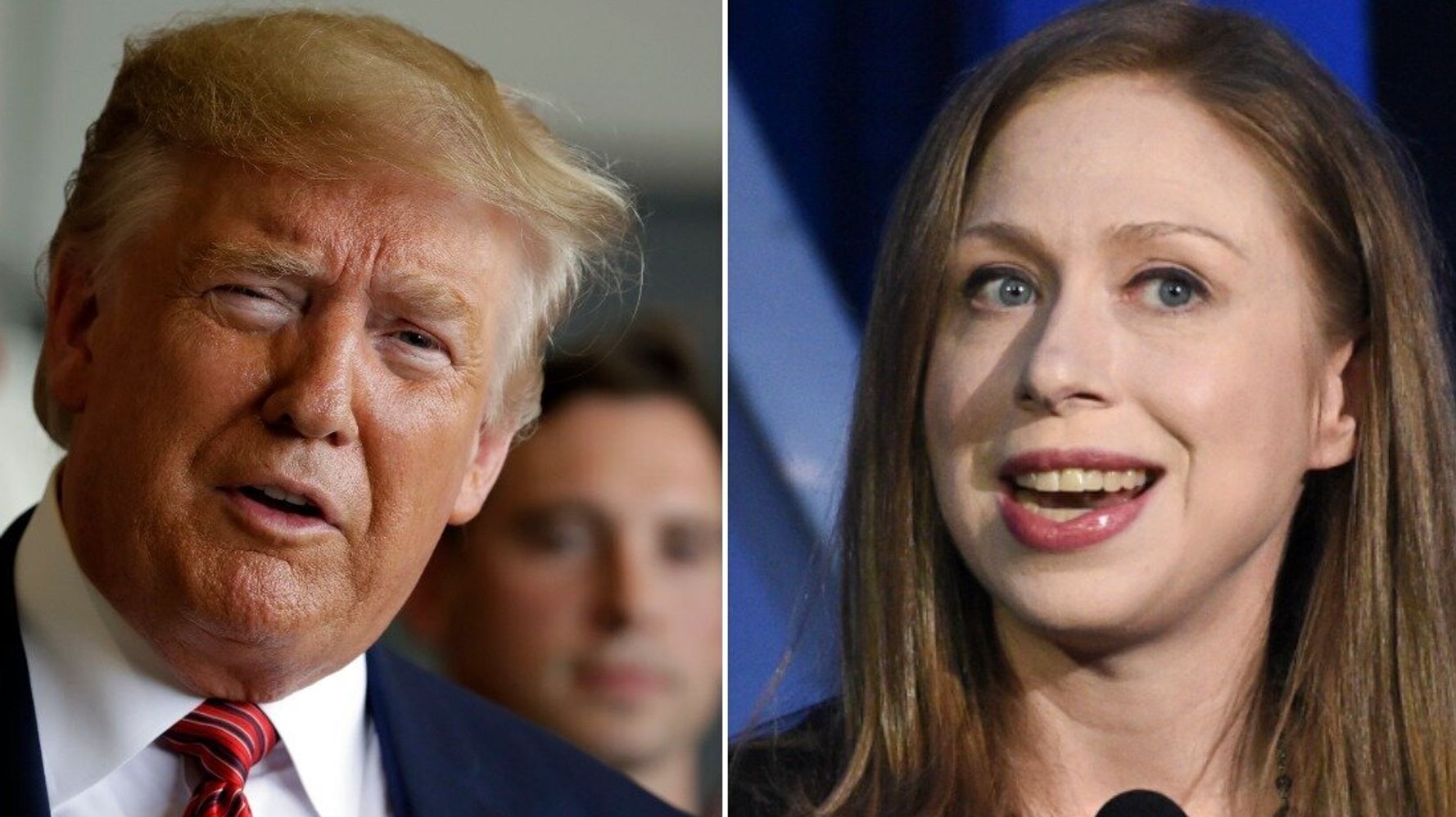 The former first daughter fired off the zinger Thursday in response to an earlier tweet from the president, which referred to the unfolding impeachment inquiry and whistleblower complaint about his July 25 Ukraine call as the “greatest scam in the history of American politics.”

Clinton is currently promoting her new book, which she co-authored with her mother, former Secretary of State Hillary Clinton.

The mother-daughter duo discussed their book in a recent interview with CBS, in which Hillary Clinton, Trump’s 2016 presidential opponent, listed a “number of grounds” for the president to be impeached and compared Trump’s smearing of former Vice President Joe Biden to what he did to her during her campaign.

Clinton’s burn on Thursday quickly raked up tens of thousands of likes, with many people on Twitter responding with encouragement, and Alexandria Ocasio-Cortez (D-N.Y.) torching Trump’s tweet with a reply of her own:

I am so here for a gloves-off Chelsea Clinton right now.