Clock Is Ticking On Trump Comeback As Early Voting Nears 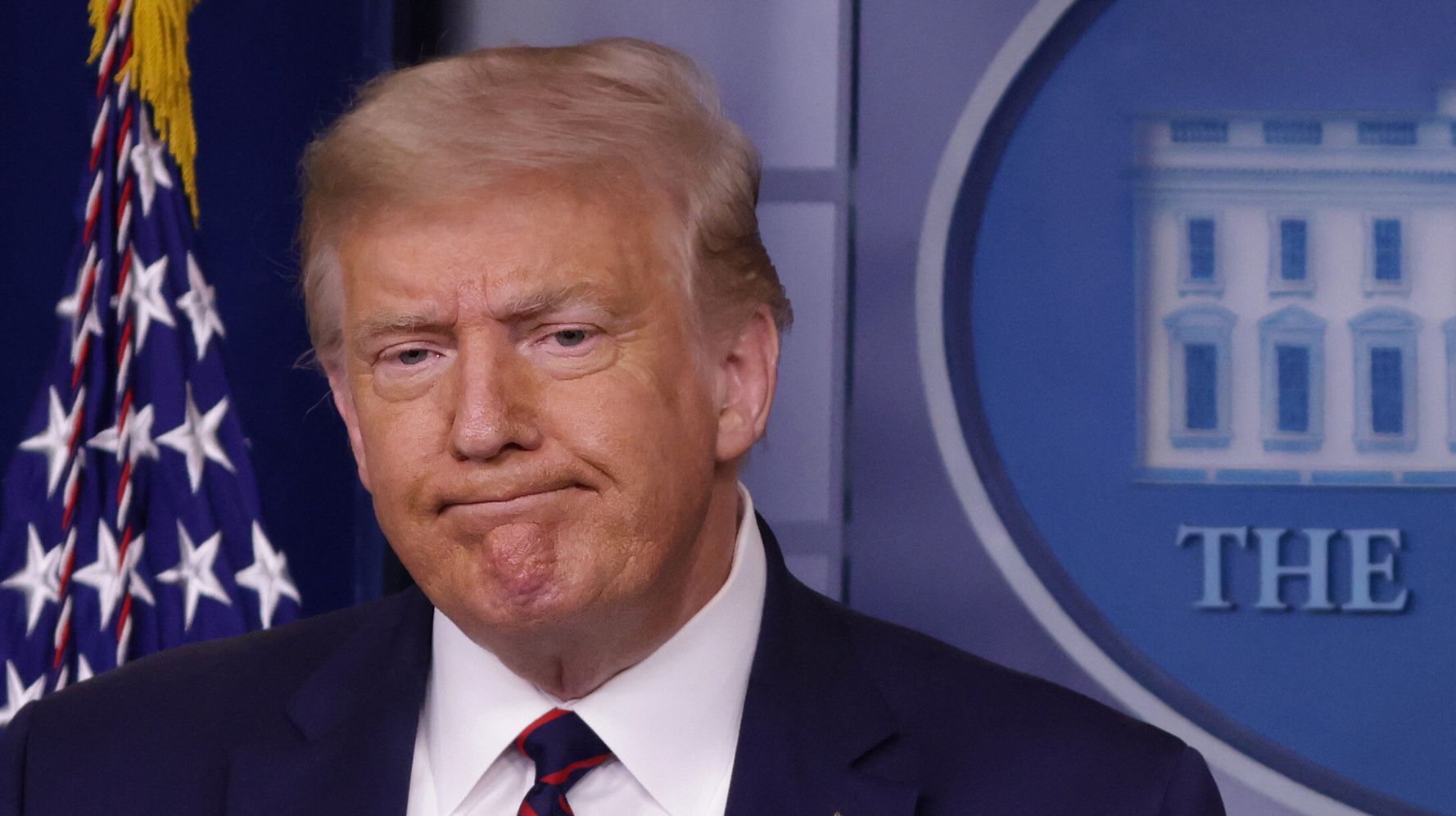 President Donald Trump is privately reassuring Republicans anxious about his deficits to Democrat Joe Biden, noting there are three months until Election Day and reminding them of the late-breaking events that propelled his 2016 comeback.

But four years later, the dynamics are very different.

Aides are increasingly worried that the 2020 campaign may already be defined as a referendum on Trump’s handling of the COVID-19 pandemic and will feature a historic shift to remote and early vote options. The president’s campaign is scrambling for a reset, pausing advertisements while struggling to find both a cohesive message and a way to safely put the president on the road in front of voters.

Trump added to the tumult by publicly wondering if the election should be delayed while making the unfounded claim that the tilt toward mail-in balloting would lead to widespread voter fraud. That suggestion drew a rare rebuke from Republicans, many of whom quietly warned the White House that it could be interpreted as an admission that the president was losing and could hurt their chances of retaining the Senate.

And they warned that time is running out: The first state to hold early voting, the vital battleground of North Carolina, begins the process Sept. 4.

“He’s losing and the trajectory of the race is moving away from him,” said Steve Schmidt, a senior adviser on Republican John McCain’s 2008 presidential campaign and an opponent of Trump’s reelection. “People vote at a moment in time: Even if there is something of a political recovery for the president in October, that is irrelevant for those who already voted.”

A sudden halt in Trump’s expensive television advertisements last week highlighted the campaign’s challenge. It came just two weeks after a staffing shakeup and two months after Trump’s previous campaign manager unleashed a “Death Star” ad blitz on Biden that only coincided with the president’s support falling even further.

The campaign downplayed the ad pause, saying that the new campaign manager, Bill Stepien, wanted to analyze when and where Trump’s advertising message was being delivered. A significant amount of TV ad time has already been reserved from Labor Day until the election, and the campaign said it would reboot its advertising on Monday.

The purchase was made with an eye on the new electoral calendar. The old adage that most of America doesn’t start paying attention to a campaign until Labor Day has been tossed aside in a year in which the novel coronavirus has killed more than 150,000 people in the U.S. and rewritten the rules of American society.

The new ad campaign will be a national buy but also target states that are among the earliest to vote. Trump campaign officials said the focus in August will be on states where more than half of the ballots will be cast before Election Day.

“The digital countdown clock on the wall may say 90-some days, but we all know the calendar is condensed with early voting,” said campaign communications director Tim Murtaugh.

Still, the Trump campaign has been wavering for weeks.

It has struggled to land effective blows on Biden. Trump and his allies have recently sought to tie Biden to the extreme leftist elements of his party, an uneasy fit for a moderate who has been in the public eye for more than four decades.

The campaign has all but pulled the plug on competing in Michigan and, privately, acknowledges deficits in vital battleground states like Florida, Wisconsin and Arizona, though it insists the margins are manageable and smaller than what is reflected in public polling. They also downplayed the chances of losing reliably Republican states, though Trump did make a campaign stop in Texas last week.

Trump’s support collapsed after the pandemic reached America’s shores and crushed its economy. With the Republican National Convention scaled back and rallies seemingly impossible to hold, Trump is running out of headline-grabbing set pieces to change the momentum of the race.

Many around the president are focused on the debates as perhaps the best chance, pushing for more showdowns with Biden to increase the chance of the former vice president faltering on stage.

“A lot of people are going to start voting before Sept. 29. The idea that they would not have seen one presidential debate by then, to me, seems ridiculous,” said former New Jersey Gov. Chris Christie, a Trump ally. “I think we should either move the dates up or add additional debates.”

The president’s advisers are also trying to re-imagine a campaign without its trademark rallies. Trump has been traveling to both smaller campaign gatherings and official events in swing states — on Friday, he attended one of each in Florida — and White House aides are readying a calendar full of day trips for the weeks ahead.

The convention is also being redrawn. Trump will likely travel several times during the last week of August, when the massive gathering was initially scheduled. He’s expected to stop in North Carolina during one day of the dramatically revised convention.

Trump will also deliver an acceptance speech in a high-profile location on the Thursday of what would have been convention week, according to campaign and White House officials who requested anonymity to discuss planning.

And while Trump has customarily taken a multiweek vacation at his Bedminster, New Jersey, golf course in August, there is not one currently slated for this month.

The president has noted to advisers that it was later in August 2016 when he brought in Steve Bannon and Kellyanne Conway to his campaign, the eventual winning campaign leadership combination. But the president was behind until late that October when FBI Director James Comey announced the reopening of an investigation into Democratic opponent Hillary Clinton, a seismic event that reshaped the race.

As Trump sows doubt about the integrity of the election this year, questions are swirling about access to voting during the pandemic as well as the potential for more foreign electoral interference. Campaign advisers are increasingly pinning their hopes on the unlikely occurrence of another big October surprise, such as the development of a coronavirus vaccine.

But some Republicans believe there is still time to make a more effective response to the virus the center of his case for a second term.

“By the speed at which news and events move in 2020, it’s not necessarily the case that he is running out of time,” said Ari Fleischer, former press secretary to President George W. Bush. “Much of the public will not pay attention to what he will say on law and order and the economy until he gets over the COVID hurdle first.”