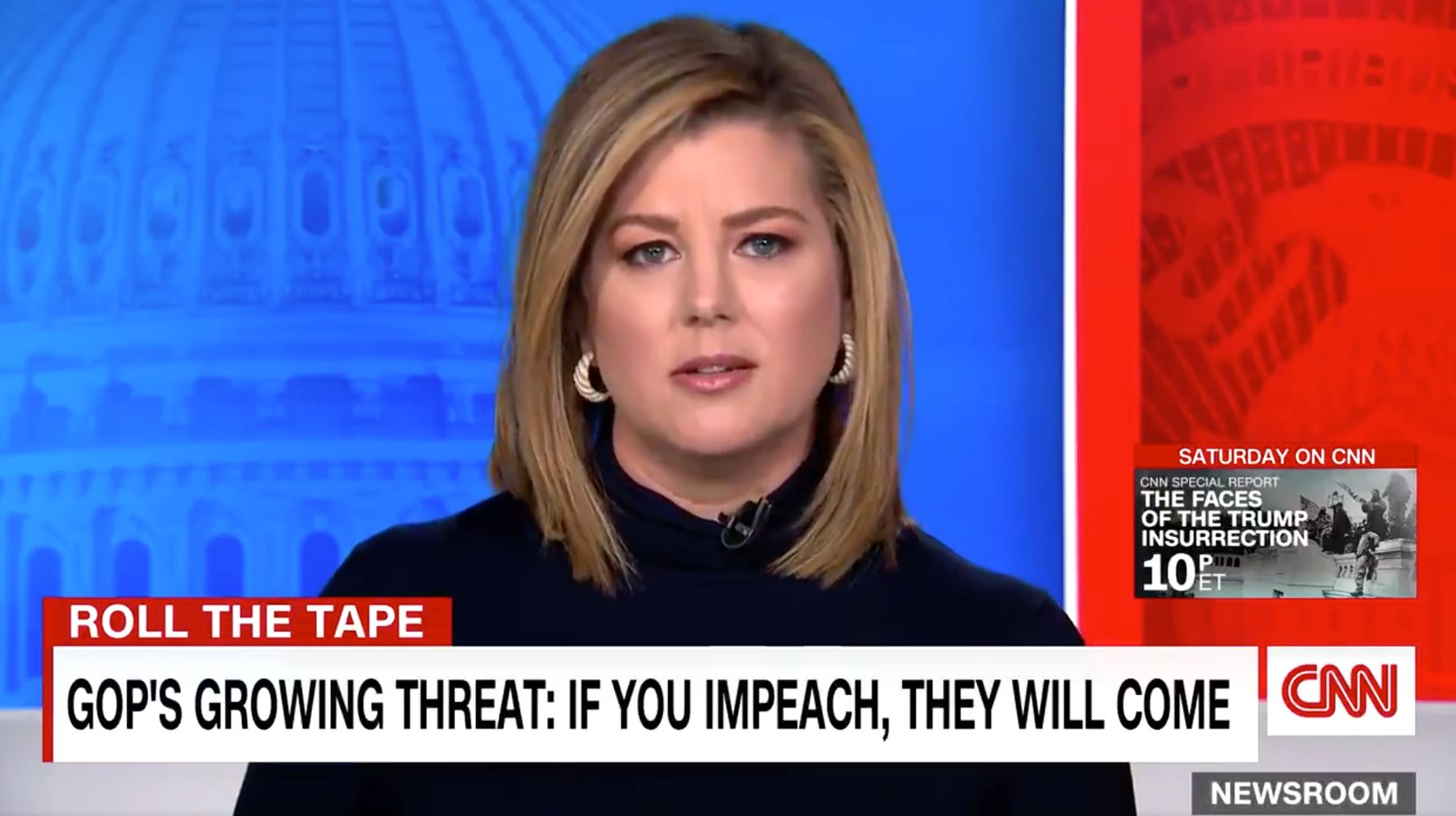 CNN’s Brianna Keilar on Thursday looked back at the divisive rhetoric of Republicans who voted against the second impeachment of Donald Trump because they claimed it would be too divisive.

“The very people who have been saying for months that Trump won an election that he did not ― who are knowingly telling supporters this lie, who have enabled a president who wants to break the system as he tries to harness the rage of extremists and racists for his own self preservation ― are telling people who want accountability to let it go. It’s ‘too divisive.’”

[email protected] rolls the tape on Republicans who have spread false election fraud claims and enabled Pres. Trump’s rhetoric but are against impeachment because it’s “too divisive.”

“They are kowtowing to insurrectionists. To racists. To conspiracy theorists.” pic.twitter.com/GefFbBm9UO

Trump on Tuesday spoke out about the impeachment proceedings, claiming that it was causing “tremendous anger,” after he spent months spreading disinformation about the presidential election and fomenting political unrest that culminated in a violent insurrection on the U.S. Capitol from his supporters, who sought to overturn the election results.

The House voted 232-197 on the resolution Wednesday, with 10 Republicans joining Democrats on the vote to impeach.

Many Republicans in Congress argued that impeachment would inflame tensions that could lead to further violence.

“They are kowtowing to insurrectionists. To racists. To conspiracy theorists,” Keilar said. ”More than 90% of House Republicans voted against impeaching the president for inciting the deadly siege ― despite the fact they were witnesses to it.”

“This is a get-out-of-jail-free card, cynically cloaked in a call for unity,” she added.

Trump’s impeachment proceedings now move to the Senate, where his fate is unclear. The trial is expected to begin immediately after President-elect Joe Biden takes office on Jan. 20.