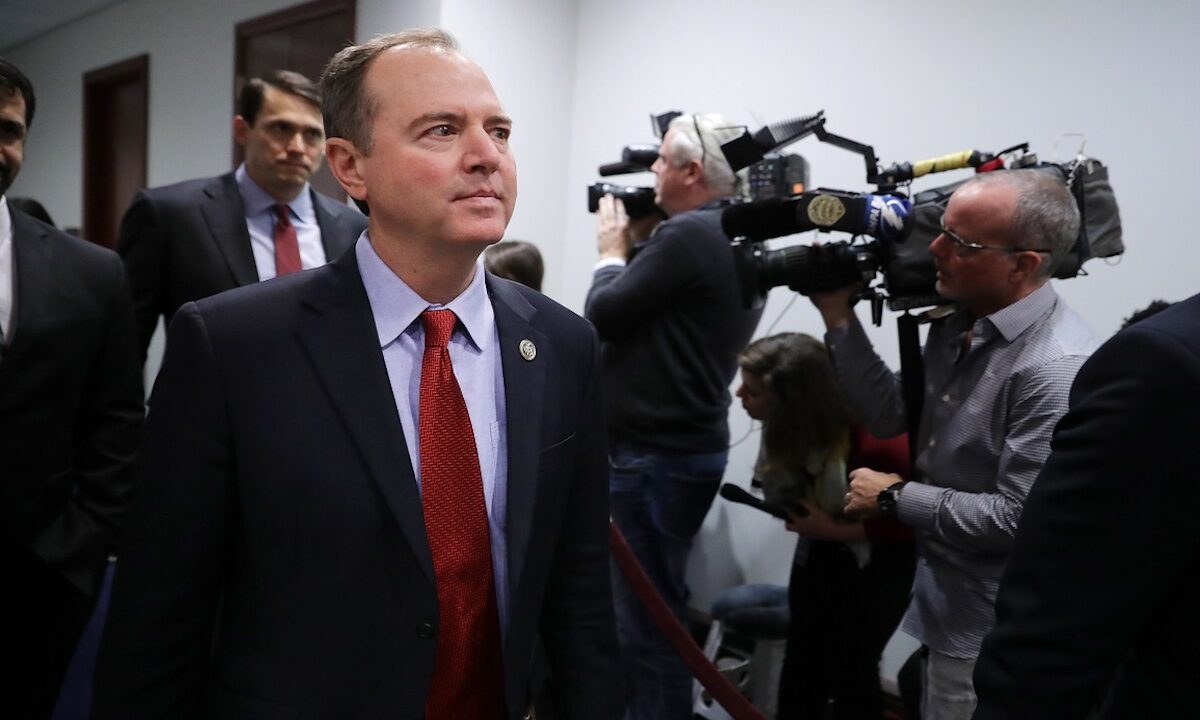 Biggs then went on to accuse House Democrats of toying with the impeachment process and called out Schiff for making a statement to mislead the American public.

“Democrats previously initiated an impeachment inquiry, which leads to one of the most serious, constitutional duties of Members of Congress: removal of the President of the United States. Through this process, if the President has committed high crimes or misdemeanors, Congress may overturn the election of the President and the will of the American people,” he said.

“It is, therefore, inexcusable to toy with the process and mislead the American public with such a statement.”

Although the transcript of the Trump-Zelensky call, which is the center of a whistleblower complaint that sparked a firestorm on Capitol Hill, was released on Wednesday, Schiff decided to provide his own summary of the call by mixing in words that Trump had not communicated.

“We’ve been very good to your country, very good, no other county has done as much as you have, but you know what? I don’t see much reciprocity here. I hear what you want, I have a favor I want from you, though. And I’m going to say this only seven times, so you better listen good, I want you to make up dirt on my political opponent, understand, lots of it, on this and on that,” Schiff said in his remarks leading up to acting Director of National Intelligence Joseph Maguire’s testimony.

“And by the way don’t call me again, I’ll call you when you’ve done what I asked,” Schiff said, before adding: “This is in sum and character what the president was trying to communicate with the president of Ukraine. It would be funny if it wasn’t such a graphic portrayal of the president’s oath of office.”

Schiff was subsequently called out by a fellow member of the House Intelligence Committee.

“While the chairman was speaking I had someone text me, ‘is he just making this up?’” Rep. Mike Turner (R-Ohio) said. “And yes, yes he was. Because sometimes fiction is better than the actual words or the text. But luckily the American public are smart, and they have the transcript. They’ve read the conversation, they know when someone’s just making it up.”

Trump also criticized Schiff for “making up stories” and accused him of lying to Congress.

“I just watched a little bit of this on television. It’s a disgrace to our country. It’s another witch hunt. Here we go again,” Trump told reporters on Thursday.

“It’s Adam Schiff and his crew making up stories and sitting there like pious whatever you want to call them. It’s just a—really, it’s a disgrace.”

Early on Friday, the president called for Schiff to resign over his actions.

“Rep. Adam Schiff fraudulently read to Congress, with millions of people watching, a version of my conversation with the President of Ukraine that doesn’t exist. He was supposedly reading the exact transcribed version of the call, but he completely changed the words to make it sound horrible [and] me sound guilty,” Trump said in a statement early Sept. 27.

“HE WAS DESPERATE, AND HE GOT CAUGHT. Adam Schiff, therefore, lied to Congress and attempted to defraud the American Public. He has been doing this for two years. I am calling for him to immediately resign from Congress based on this fraud!”

…sound horrible, and me sound guilty. HE WAS DESPERATE AND HE GOT CAUGHT. Adam Schiff therefore lied to Congress and attempted to defraud the American Public. He has been doing this for two years. I am calling for him to immediately resign from Congress based on this fraud!

Trump said in a separate post: “Rep. Adam Schiff totally made up my conversation with Ukraine President and read it to Congress and Millions. He must resign and be investigated. He has been doing this for two years. He is a sick man!”