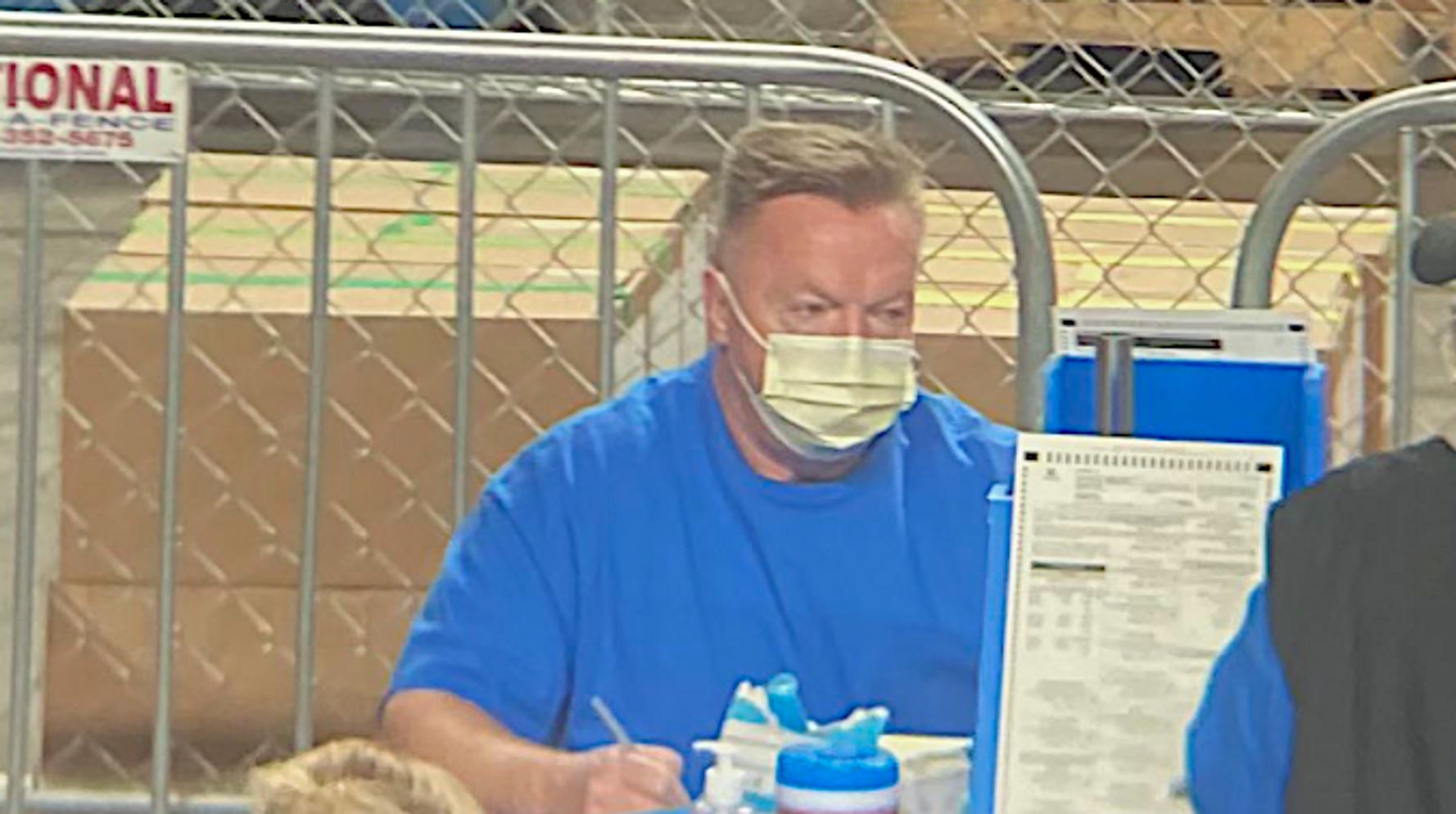 Arizona’s Republican-run state Senate is pulling the plug — for now — on part of its controversial ballot recount plan that would have involved canvassers knocking on residents’ doors to ask them about their votes.

The president of the state Senate also promised that if canvassers are sent out at some point in the future, they would not be armed.

The move came after a Department of Justice official expressed fears about the recount operation, particularly the face-to-face voter interrogations. She warned that the move risked violating civil rights and intimidating voters.

“Past experience with similar investigative efforts around the country has raised concerns that they can be directed at minority voters, which potentially can implicate the anti-intimidation prohibitions of the Voting Rights Act,” Pamela Karlan, principal deputy assistant attorney general in the department’s Civil Rights Division, wrote in a letter Wednesday to Arizona Senate President Karen Fann. “Such investigative efforts can have a significant intimidating effect on qualified voters that can deter them from seeking to vote in the future.”

Several other attorneys also sent a letter to auditors last month warning that they would consider suing if canvassers were dispatched to knock on doors, arguing it would violate laws, including the Ku Klux Klan Act of 1871, which prohibits voter intimidation, the Arizona Republic reported.

In a reply on Friday, Fann told Karlan that the Senate would “indefinitely defer” that part of the audit.

Fann left open the possibility that the Senate would undertake such canvassing in the future, but said voters and precincts would not be chosen based on race, ethnicity, gender, party affiliation or any other legally protected status.

Karlan had also expressed further concerns that ballots are no longer secure, since they’re being handled by a private, unsupervised company that now has free access to voter information.

“We have a concern that Maricopa County election records, which are required by federal law to be retained and preserved, are no longer under the ultimate control of elections officials, are not being adequately safeguarded by contractors, and are at risk of damage or loss,” Karlan wrote.

In responses, Fann said she was comfortable with ballot security protocols.

The recount of 2.1 million votes of Maricopa County, which includes Phoenix, involves Cyber Ninjas, a company that has no experience with elections or ballots that was hired by the state’s Republican-held Senate. Company owner Doug Logan, a conspiracy theorist and disciple of the “Stop the Steal” lie that the presidential election was rigged, retweeted messages months ago that any vote audit in Arizona would inevitably unearth hundreds of thousands of extra votes for Donald Trump.

One of the ballot auditors is Anthony Kern, a former state lawmaker who attended the Capitol riot. His own name appears on the ballots he’s recounting as both a candidate for reelection (he lost) and as an elector for Trump.

Like something out of a racist sci-fi fantasy, Logan’s company is examining ballots using ultraviolet light in a hunt for any “bamboo” particles, which believers of the big lie think would suggest that the ballots were planted by China. Some experts fear use of the light could damage ballots.

One reporter witnessed boxes of ballots shuffled around with no discernible audit organization. Auditors were also seen with black and blue pens in their hands, which can be used to mark and change ballots.

It’s been almost six months since Arizona Gov. Doug Ducey (R) certified his state’s election results, which put Democrat Joe Biden ahead of then-President Trump by 10,457 votes. Biden edged out Trump by more than two percentage points ― or about 45,000 votes ― in Maricopa County.

Since then, multiple election audits have been conducted in Maricopa County, which is home to most of Arizona’s voters, but none have revealed any fraud or irregularities.

The current county audit is only examining races that Democrats won.

Trump has asked about the Arizona recount “multiple times a day,” The Washington Post has reported. He hinted to guests at Mar-A-Lago that votes that suddenly appear for him in the state could be his road back to the White House.