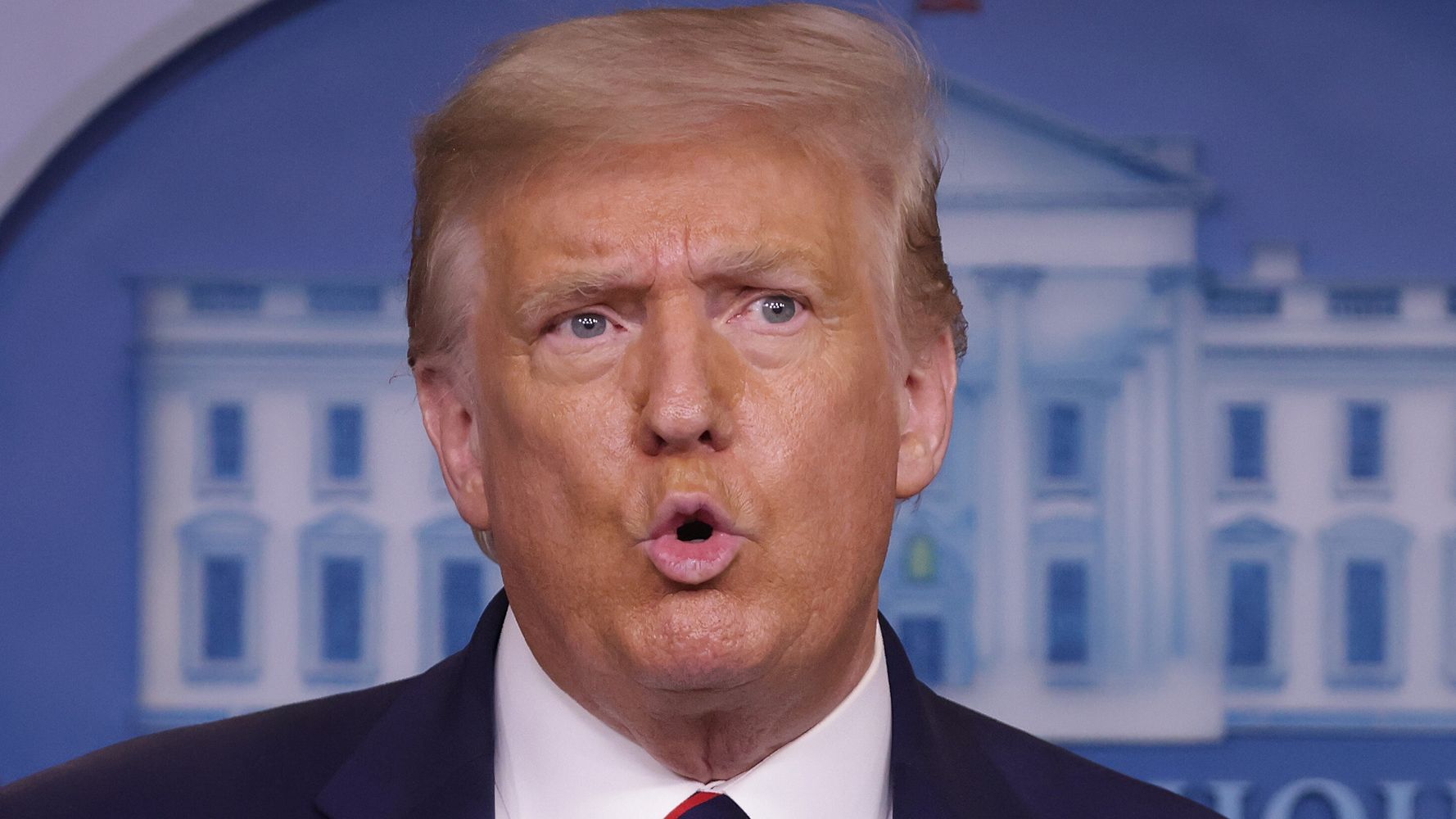 Donald Trump’s critics dismissed his idea of delaying the 2020 election as nothing more than a distraction ― and then pointed out what the president was likely trying to hide with the stunt.

Trump in a tweet on Thursday floated the idea of delaying the vote in November, repeating his unfounded claim about mail-in voter fraud.

With Universal Mail-In Voting (not Absentee Voting, which is good), 2020 will be the most INACCURATE & FRAUDULENT Election in history. It will be a great embarrassment to the USA. Delay the Election until people can properly, securely and safely vote???

Senators, former government officials, cable news hosts and others explained that Trump has no power to delay the election. Many top Republicans quickly rejected his suggestion.

Some commentators also pointed out what Trump was really trying to do with the tweet: divert attention from his administration’s disastrous handling of the coronavirus pandemic and the resulting cratering of the U.S. economy, which experienced its worst drop on record in the second quarter of 2020.

CNN’s Chris Cuomo, meanwhile, urged viewers to “pay no mind to the president’s ‘delay the election’ flash-bangs to disorient you.”

Some senators and House representatives described Trump’s idea as unconstitutional.

Donald Trump doesn’t have the authority to do this—but that doesn’t make what he’s doing any less dangerous. It’s clear he will stop at nothing to spread misinformation and sow division to distract from the mess he’s created. This is what we’re up against.https://t.co/VhJzKc3YTb

Trump wants to distract from the fact that we’re still facing a pandemic and our economy is in shambles. And that he and Senate Republicans aren’t fixing it.

Remember: When we had time to put forth solutions, McConnell sent the Senate home for two weeks and Trump went golfing.

The President doesn’t have the power to delay an election & he knows it.

Instead of trying to distract from his failures by delegitimizing upcoming election, Pres. Trump should focus on building an effective response to pandemic that has killed 150k Americans & devastated econ. https://t.co/9kr7dTD0mM

Families in Michigan are desperate for help. Calling for a delay in our election, which he has no power to do, is the latest attempt to distract us from his failure to lead during this crisis. https://t.co/hB0dHuJF7h

There is no way @POTUS can delay the election. We shouldn’t let him distract us from his #COVID19 incompetence.

But the fact that he is even suggesting it is a serious, chilling attack on the democratic process. All members of Congress— and the administration— should speak out. pic.twitter.com/saznCjSe0N

Trump is trying to distract from today’s devastating economic numbers that make it clear his failed response to the coronavirus has tanked the economy and caused tens of millions to lose their jobs.

He can tweet all he wants, but the reality is that he can’t delay the election. https://t.co/KFMqWo2Wsr

He’d lose in Court faster than he can say “Putin” https://t.co/nxBTftS0Dr

“Pay no mind to the President’s ‘delay the election’ flash bangs to disorient you,” says @ChrisCuomo as Pres. Trump floats the idea of a delayed election.

“He knows that his mishandling of this pandemic…[and] the economy as a result, has him losing this election right now.” pic.twitter.com/IgMzc4Xnw4

In some cases, we can’t abide by the possibility that ignoring Donald Trump might be interpreted as approval or even normalizing the things that he says.
And who can say for certain what the president might have been aiming to distract from today? There was a lot to choose from. pic.twitter.com/NXfYZ8Wu3v

GDP shrank by 32.9% on an annualized basis in Q2. The hole we must dig out from is very big. That’s why Trump wants to distract us with his calls for a delay in the election, which can’t happen without a Constitutional Amendment. The economic news is terrible, and it’s on him.

Trump’s acting like he can move the date of the election. He can’t. He’s just trying to get everyone all riled up to distract from the fact the economy just had its worst drop on record. Again, he can’t move the election. He is full of it. Trump belongs in prison. Vote for Biden.

THIS is the news Trump is trying to distract us from today. He knows he can’t win with these numbers. He’s gotta go.

— brittany packnett cunningham does not do remixes. (@MsPackyetti) July 30, 2020

I do not believe trump is smart enough to distract anyone from anything. But this stupid move the election shit sure got us talking about something other than today’s shocking economic news.

Trump is trying to distract us with the insinuation of delaying the election. He wants us to look away from today’s news. That news being:

“The U.S. economy’s contraction in the second quarter was the worst on record.”

It is safe to return to school but not hold an election? We had an election during the civil war, we had mid-term elections in the middle of the Spanish flu. Pathetic attempt to distract from the failing economy, COVID response, and presidency. https://t.co/knRkgj5vcL

Things Trump wants to distract from with his empty threats to delay the election:
– The rising Covid death toll that just passed 150,000
– The worst decline in US GDP ever
– Republicans letting unemployment benefits expire

We’re voting him out on November 3. Period. https://t.co/VEjy0AzDOa

Trump’s delay election tweet is meant to distract from this image. Don’t let it. https://t.co/5TKeNm75im pic.twitter.com/tiV0v1t8SO

1. Only congress can delay Election Day.
2. Voting by mail is secure.
3. Trump posted this to distract us. The U.S. Q2 GDP plunged by a record 32.9%, more than 150,000 Americans have died from COVID, and there are 1.4 million new unemployment claims.

1/3 Trump’s tweet about delaying the #2020election is another step in his #authoritarian playbook. But we see this for what it is: #Trump is once again using his presidential platform to try to distract the American public from his most recent failures. https://t.co/jP7D8yvCHd

Trump’s musing he might “delay the election” is meant to distract from this HISTORIC ECONOMIC MELTDOWN and his catastrophic mismanagement of the pandemic — a crisis which my opponent, Trump puppet David Perdue, predicted would have “little” economic impact.