Cuomo: Trump ‘Better Have an Army’ if He Visits New York City 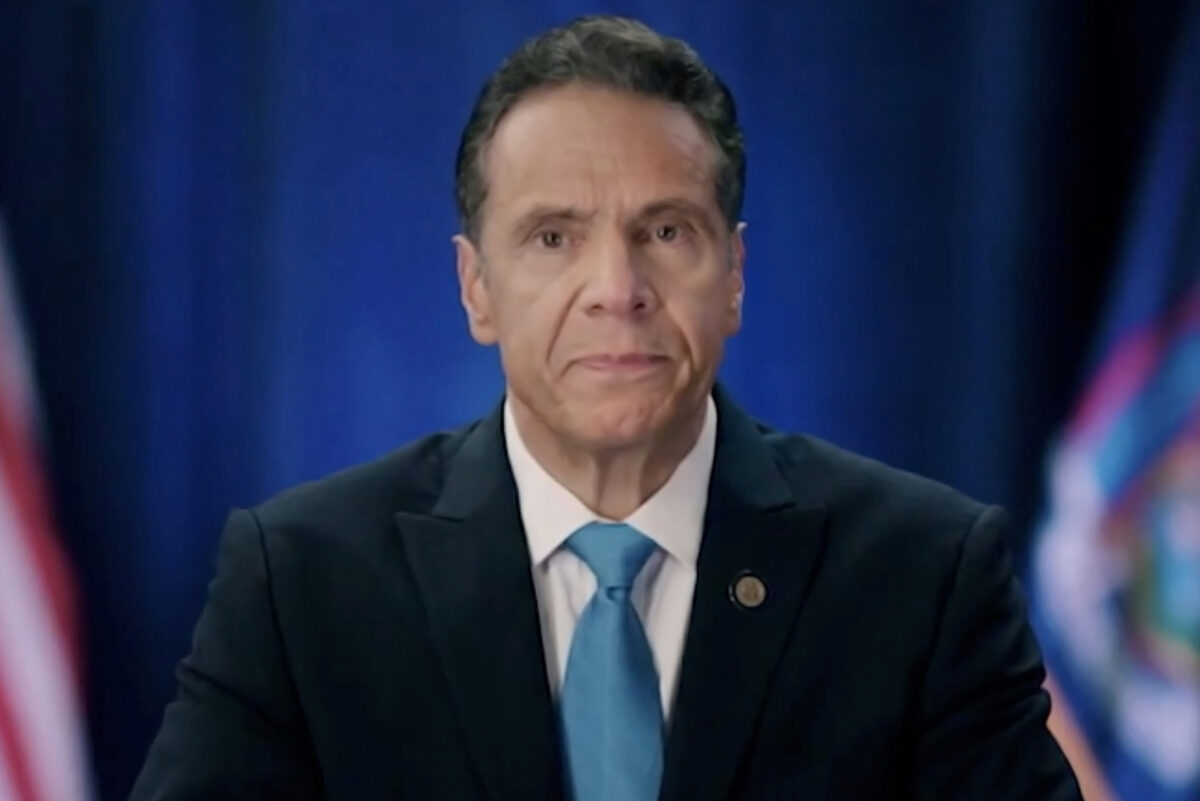 New York Gov. Andrew Cuomo warned President Donald Trump on Wednesday night that he’d “better have an army” if he visits New York City, shortly after the president said he would review federal funding to certain state and local governments that “are permitting anarchy, violence, and destruction in American cities.”

“He can’t have enough bodyguards to walk through New York City,” Cuomo told reporters. “Forget bodyguards, he’d better have an army if he thinks he’s going to walk down the streets in New York.”

The governor accused Trump of having a grudge against New York City because it “knows him for the joke he is.”

“He is persona non grata in New York City, and I think he knows that, and he’ll never come back to New York, because New Yorkers will never forget how gratuitously mean he has been,” Cuomo added. “He couldn’t set foot in New York City.”

A spokesperson for the governor reportedly later clarified that his remarks weren’t supposed to be interpreted as a threat. Cuomo instead meant to illustrate how unwelcome Trump would be in the city, he said, Politico reported.

The Epoch Times has contacted the White House for comment.

President Trump has actively sought to punish NYC since day one.

He refuses to provide funds that states and cities MUST receive to recover.

He is not a king. He cannot “defund” NYC.

Cuomo’s comments came as Trump signed a memorandum late Wednesday ordering all federal executive departments and agencies to submit a report to the director of the Office of Management and Budget (OMB) detailing all federal funds that have been provided to Seattle, Portland, New York City, Washington, “or any components or instrumentalities of the foregoing jurisdictions.”

Within 14 days of the order, OMB Director Russell Vought must issue guidance to the federal agencies to submit their reports.

The order notes that anarchy has taken over several states and cities across the nation over the past few months, adding that a number of state and local governments have “contributed to the violence and destruction in their jurisdictions by failing to enforce the law, disempowering and significantly defunding their police departments, and refusing to accept offers of federal law enforcement assistance.”

The memo adds that violence and destruction have as a result “continued unabated.”

Trump in a statement Monday accused New York City officials of allowing violence and looting to spike in the city in recent months, noting that both Mayor Bill de Blasio and Cuomo rejected his offer to provide federal law enforcement assistance despite the rise in violence.

He noted a rising number of shootings, with 896 as of Aug. 16 this year compared to 492 in the same period in 2019, and pointed out that there has been a 177 percent increase in shootings in July compared to last year. Arrests “have plummeted” even though there is an “unconscionable rise in violence,” Trump wrote.

Police officials have cited the disbanding of the NYPD’s plainclothes anti-crime units as a reason behind the increase in violence, the president pointed out. Trump also noted how Mayor de Blasio and the New York City council agreed to cut funding from the NYPD budget, which he said included cancelling the hiring of 1,163 officers.

“My administration will not allow federal tax dollars to fund cities that allow themselves to deteriorate into lawless zones,” the president stated in the memo. “To ensure that federal funds are neither unduly wasted nor spent in a manner that directly violates our government’s promise to protect life, liberty, and property, it is imperative that the federal government review the use of federal funds by jurisdictions that permit anarchy, violence, and destruction in America’s cities.

“It is also critical to ensure that federal grants are used effectively, to safeguard taxpayer dollars entrusted to the federal government for the benefit of the American people.”

Calling the president a “tabloid cartoon,” Cuomo said he doesn’t expect much will come of Trump’s memo, as he dismissed it as a “political statement.”

“He thinks he’s a king. He’s not,” the governor said. “There’s a Constitution and law, not that he knows anything about that. He’s not going to do anything because there are laws. I don’t believe anything will come of this, it’s just a political statement.”