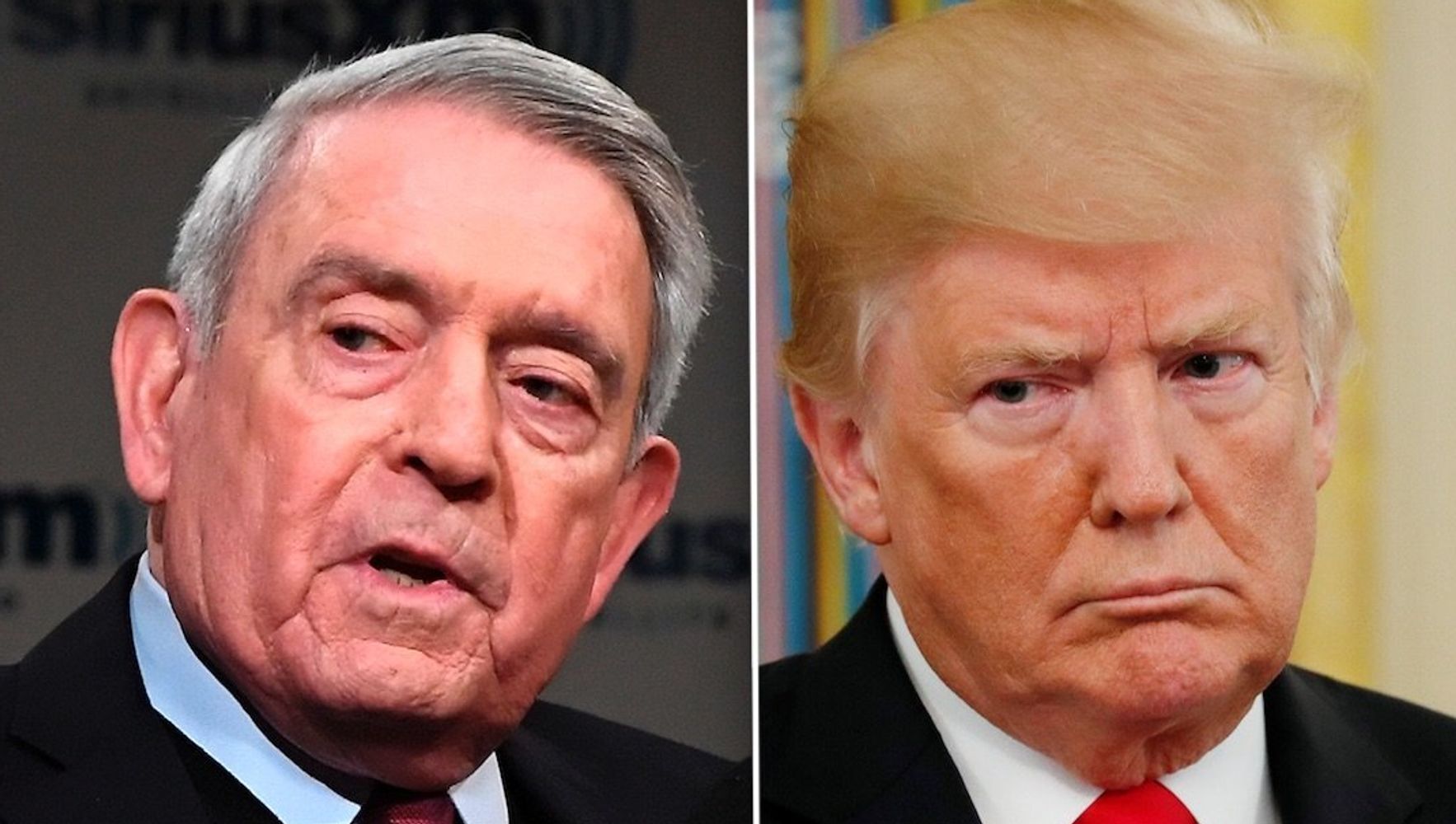 When it comes to mocking President Donald Trump’s postelection antics, Dan Rather has of late been on something of a roll.

On Monday, the veteran broadcast journalist dinged the outgoing president’s desperate attempts to cling to power with this tweet:

Rather this month has used a series of pithy posts on the social media platform to call out Trump’s baseless claims of mass voter fraud, pardoning of allies and his supporters’ acceptance of reality-defying falsehoods. Many of Rather’s tweets have gone viral.

I think Donald Trump’s mantra for his lies about election fraud can be boiled down to some version of “You will not replace us.”

Can’t we get to the point in this movie where Toto pulls the green curtain?

Why is the Trump White House suddenly a very polite place to work? Everyone’s going around saying “pardon me.”

Is anyone else getting tired of the headlines: Election Results Are Still The Same As They Were Weeks Ago When Everyone Who Doesn’t Wear Tinfoil on Their Head Knew Biden Won?

Enough is enough. And it’s been enough, for long enough. Enough said.

I checked with medical experts and apparently you CAN physically wear a mask AND a tinfoil hat at the same time. Just clearing that up in case anybody was wondering.

Now is the winter of our discontent.

A reminder that elected officials regularly booked on TV news shows used that platform to tell the American public that the virus would magically disappear after the election.

Wine gets better with age. Whining gets old real quick.

Rather’s most succinct riposte for Trump, however, came in November, just days after Joe Biden was projected as the election winner: