Dayton Mayor Calls Trump ‘A Bully And A Coward’ 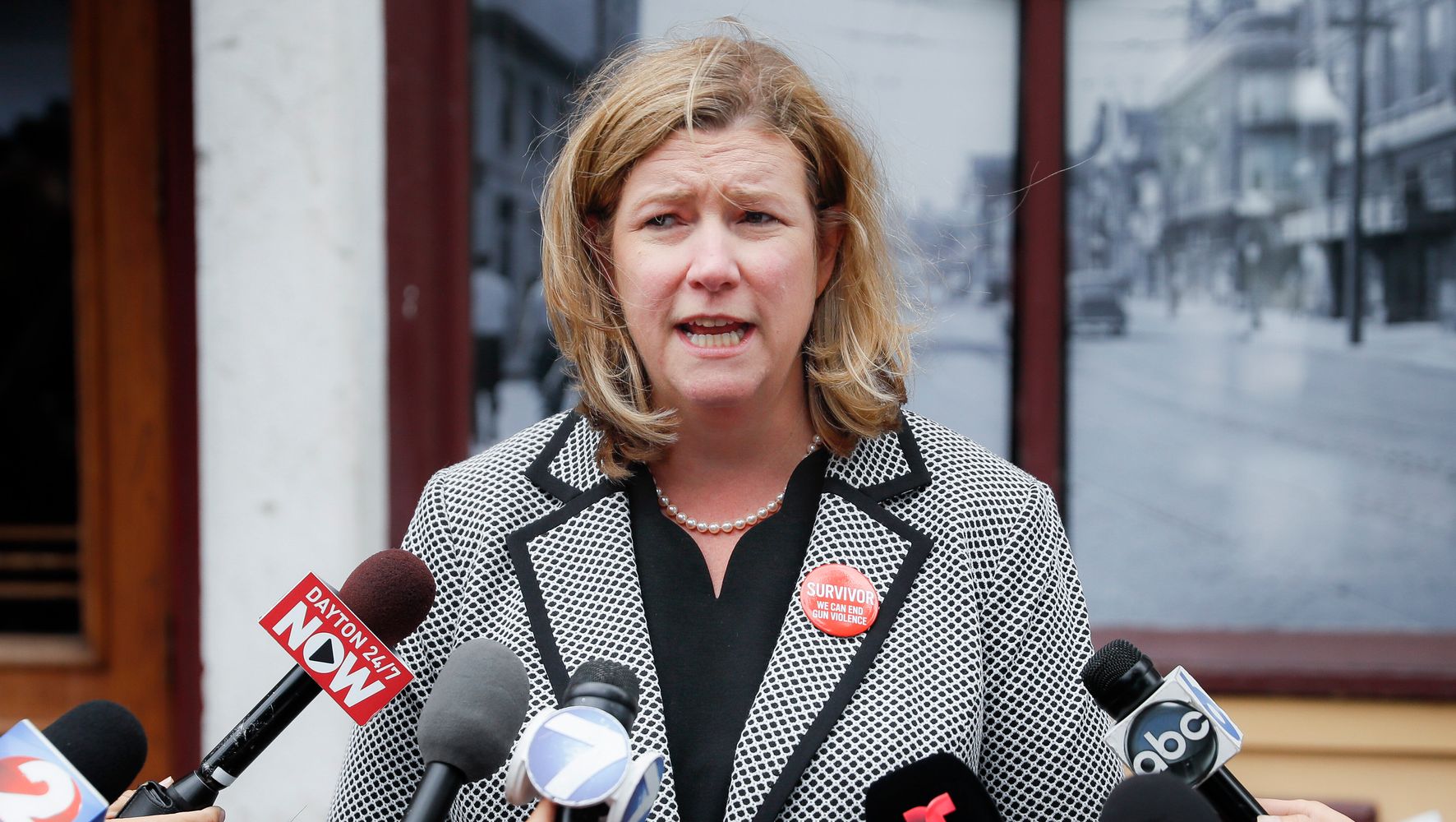 Days after a mass shooting in Dayton, Ohio, the city’s Democratic mayor, Nan Whaley, called President Donald Trump a “bully and a coward” after he came after her and Sen. Sherrod Brown (D) for supposedly “misrepresenting” his visit to shooting victims in a hospital.

In an interview on CNN late Wednesday, Whaley was asked her response to the president reportedly calling her and Brown “very dishonest people” after his visit.

“I’ve watched President Trump’s Twitter feed for a while. He’s a bully and a coward,” the mayor said. “And it’s fine that he wants to bully me and Sen. Brown. We’re OK. We can take it. But the citizens of Dayton deserve action.”

Over the weekend, two horrific mass shootings occurred within 24 hours in El Paso, Texas, and Dayton. In Dayton, the shooter left nine people dead and injured over two dozen others.

Trump tweeted earlier Wednesday that Whaley and Brown were “totally misrepresenting” his hospital visit at a news conference they gave.

At that news conference, however, Whaley had said the victims and first responders were “grateful” for Trump’s visit. She also called the president’s past rhetoric “divisive.”

At a stop in El Paso the same day, Trump also told reporters that Whaley and Brown were “very dishonest” and said: “I get on Air Force One where they do have a lot of televisions. I turn on the television and there they are saying, ‘Well, I don’t know if it was appropriate for the president to be here.’”

Whaley told CNN later she “really [didn’t] understand… at all” Trump’s comments on her and Brown.

Dayton Mayor Nan Whaley calls President Trump “a bully and a coward” after he called her and Sen. Sherrod Brown “very dishonest people” over their characterization of his visit to a Dayton hospital. https://t.co/Ci7eAtJWRS pic.twitter.com/Eta60Q3NH7

Whaley told the Cincinnati Enquirer earlier Wednesday of Trump’s tweets: “I’m confused. We said he was treated very well. I don’t know what he’s talking about misrepresenting…. Oh well. He lives in his world of Twitter.”

Earlier this week, the Dayton mayor had called out Trump for mistakenly naming the location of the mass shooting as Toledo in his Monday speech. And Tuesday, the day before Trump’s visit, she told reporters she planned to tell the president “how unhelpful he’s been” on guns.

In her CNN interview Wednesday, the mayor called for “common-sense gun legislation,” mentioning an assault weapon ban. The weapon in Dayton used by the shooter, who was killed at the scene, was described by law enforcement as “AR-15 like.”