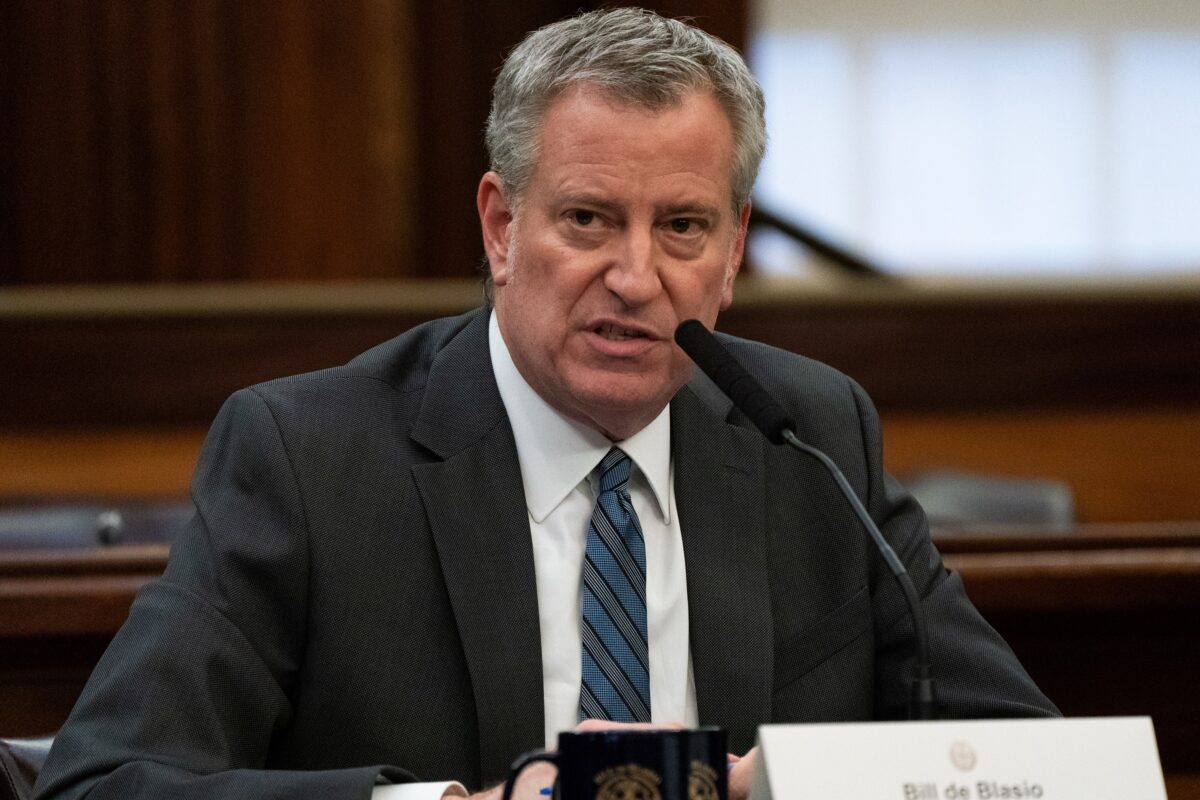 New York Mayor Bill de Blasio offered rare praise for President Donald Trump on Tuesday for his role in getting a COVID-19 vaccine out quickly.

“In terms of getting the vaccine, yes, I do think the president and his administration contributed substantially to getting a vaccine in this kind of time frame,” de Blasio told Fox News on Tuesday. “That’s a really good thing.”

The Trump administration officially started Operation Warp Speed in May with initial funding of $10 billion. The program aimed to accelerate the development, manufacturing, and distribution of COVID-19 vaccines. COVID-19 is the disease the CCP (Chinese Communist Party) virus causes.

“I made it a regular point to thank them and give them their due praise for the ways that they helped New York City,” de Blasio added. “I would also say, you know, they dropped the ball profoundly in the beginning of this crisis and exacerbated it throughout with their actions, with their words, and also failed to provide us a stimulus, which obviously the president could have been the difference-maker on,” he said, referring to the Trump administration.

“But if you’re saying, did they play a valuable role in getting us a vaccine quickly, yes, I do believe that.”

“I think the administration deserves some credit for getting us off the ground with Operation Warp Speed,” said Biden.

New York Gov. Andrew Cuomo, another outspoken critic of Trump, however, said drug companies developed were motivated by large profits to develop the vaccine so quickly.

“You didn’t need Trump to tell the vaccine companies you should develop a vaccine. He had nothing to do with it,” Cuomo told Hot 97’s Ebro Darden in the Morning radio show. “Pfizer, Moderna, Johnson & Johnson, they all know this is billions of dollars, whoever gets to the market first. So, it’s in their economic interest to push this fast.”

“Distribution of both vaccines is going very smoothly. Amazing how many people are being vaccinated, record numbers. Our Country, and indeed the World, will soon see the great miracle of what the Trump Administration has accomplished. They said it couldn’t be done!!!”