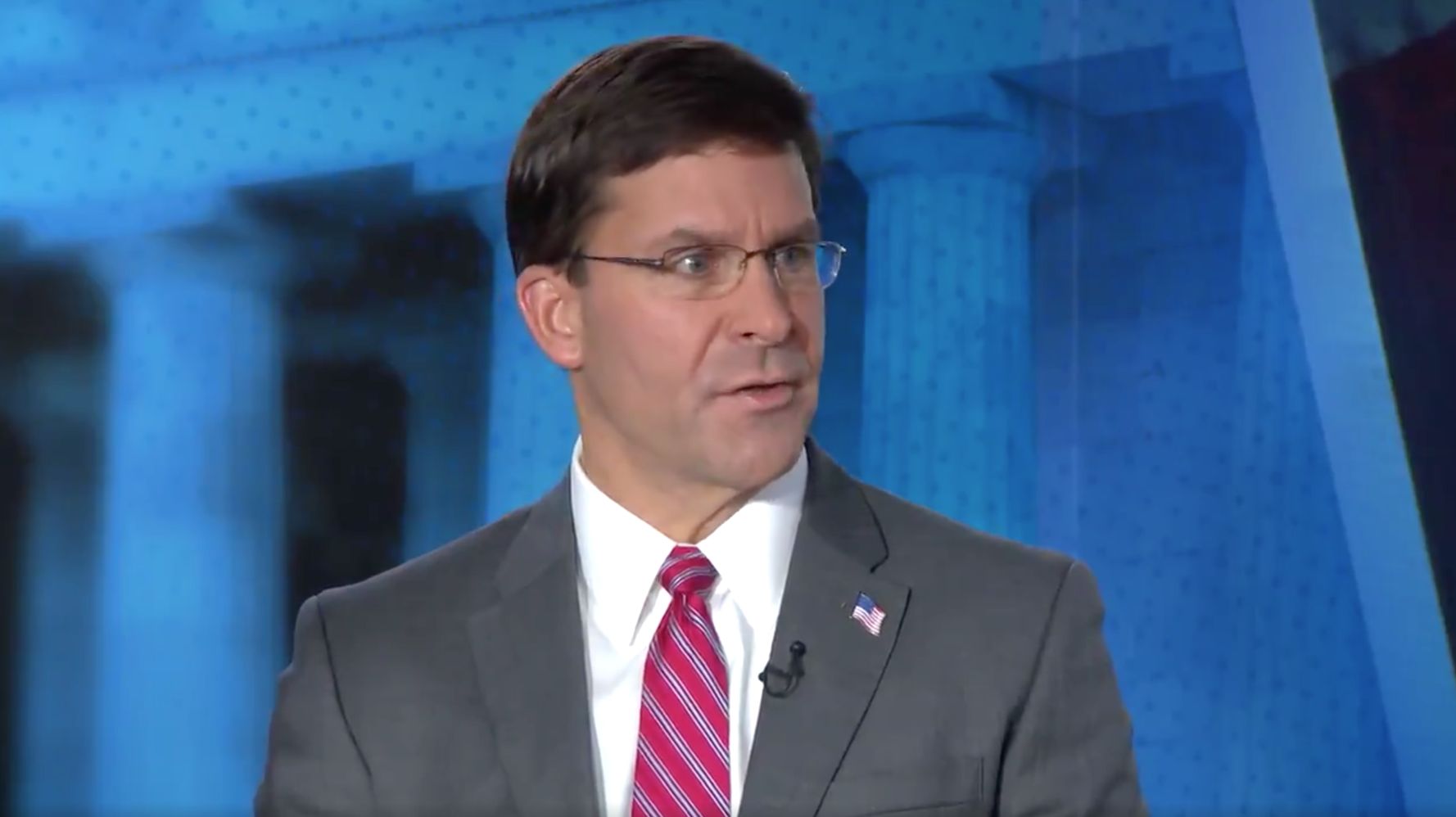 The approximately 1,000 U.S. troops in Syria are not leaving the country entirely, Esper told CBS’ “Face the Nation.”

WATCH: [email protected]rDoD on the planned evacuation of U.S. troopers in northern Syria.
“I spoke with the president last night after discussions with the rest national security team and he directed that we begin a deliberate withdrawal of forces from northern Syria.” pic.twitter.com/2Ma0XmypfP

WATCH: [email protected] tells @margaretbrennan that Kurds are expected to but have not yet brokered a deal with Russia and the Assad regime.
“There’s every expectation…that the Syrian Kurds would cut a deal with the Syrian and Russian forces.” pic.twitter.com/SLPGX0WZks

WATCH: [email protected] on U.S. withdrawal from Syria: “We did not want to put American forces into harm’s way.” https://t.co/nyYEZhNfTO pic.twitter.com/Y61Wyqd7nv

Esper said he spoke to Trump on Saturday night amid growing signs that the Turkish invasion, which began Wednesday, is growing more dangerous.

“In the last 24 hours, we learned that they (the Turks) likely intend to expand their attack further south than originally planned — and to the west,” Esper said.

Trump, in a tweet Sunday, said: “Very smart not to be involved in the intense fighting along the Turkish Border, for a change. Those that mistakenly got us into the Middle East Wars are still pushing to fight. They have no idea what a bad decision they have made. Why are they not asking for a Declaration of War?”

Esper said he would not discuss a timeline for the U.S. pullback, but he said it would be done “as safely and quickly as possible.”

Esper isn’t saying how many U.S. troops will leave the north, but he says they represent most of the 1,000 troops in Syria.

He also said it appears the U.S.-backed Kurdish forces, known as the Syrian Democratic Forces, are trying to “cut a deal” with the Syrian army and Russia to launch a counterattack against the Turks.

Brett McGurk, the former U.S. envoy to the global coalition fighting ISIS, called the unfolding situation a “total disaster” and warned that there will be “serious consequences” to the U.S. troop withdrawal:

Only four days into Turkish attack and one week after POTUS-Erdogan call:

U.S. military forces withdrawing from northeast Syria, what had been the ISIS caliphate. All without thought, process, or planning. There will be serious consequences for our national security well beyond Syria. For now, may our people get out safely. https://t.co/4FOx446AIU