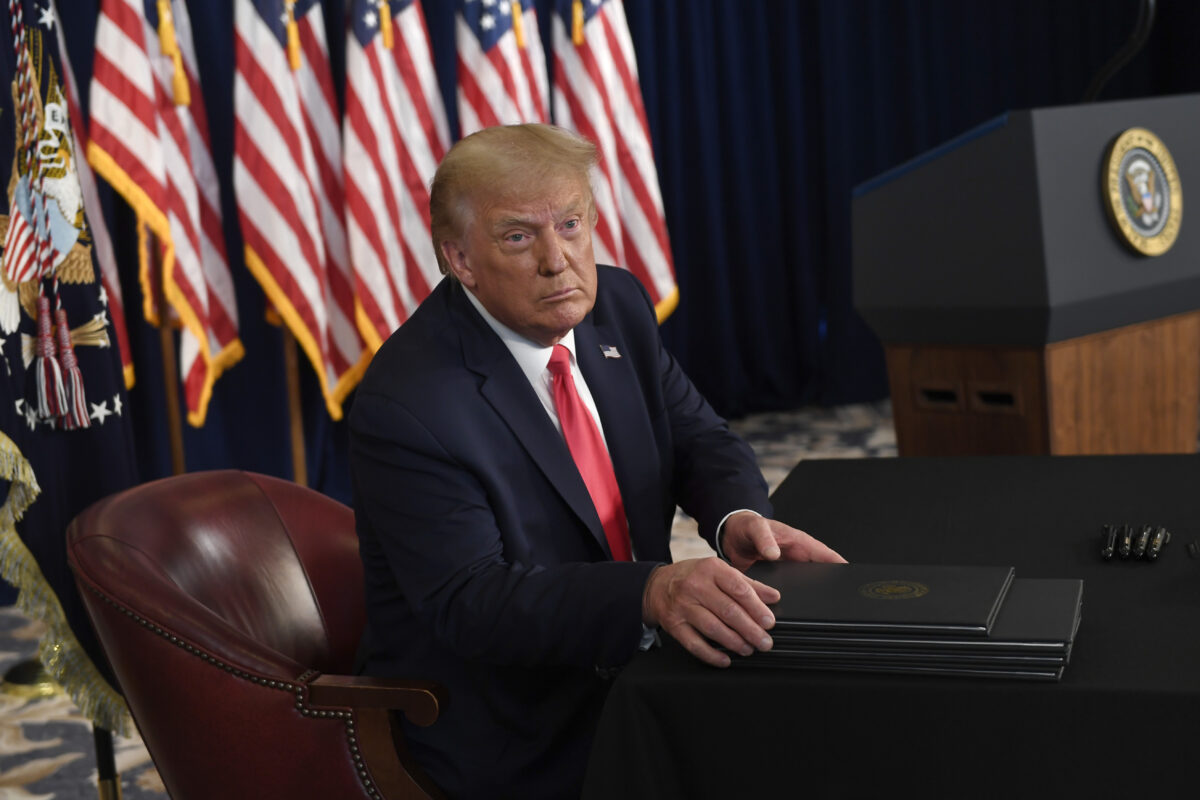 “What we’re doing is we reimburse through the general fund, not through Social Security. This will have no impact on Social Security,” Trump said before departing Morristown Municipal Airport in New Jersey.

The payroll tax is typically paid by employers with money they withhold from workers. Social Security, which pays money to retirees, is primarily funded through the payroll tax.

Trump ordered Treasury Secretary Steven Mnuchin on Aug. 8 to defer the withholding, deposit, and payment of the tax on most workers’ wages received from Sept. 1 through Dec. 31.

“If victorious on November 3rd, I plan to forgive these taxes and make permanent cuts to the payroll tax. So I’m going to make them all permanent,” he told reporters.

“In other words, I’ll extend it beyond the end of the year and terminate the tax,” he said later.

“Right now, we have it cut. It’s going to a certain time, as you know. And we’ll take it out until the end of the year, and then I’m going to make a decision as to, No. 1, an extension; and, No. 2, making it permanent and no reimbursement,” he said.

“Trump announced a payroll tax plan with no protections or guarantees—like the ones the Obama-Biden administration enforced a decade ago—that the Social Security Trust Fund will be made whole,” Biden said.

“And, Trump specifically stated today that if reelected, he plans to undermine the entire financial footing of Social Security.”

The Trump plan will apply to the 7.65 percent of earnings taken out of employee paychecks to finance the Social Security and Medicare trust funds. Biden recently unveiled a plan that would increase the payroll tax rate for some.

Some lawmakers questioned whether Trump could use executive power to implement some of what he did on Aug. 8.

White House press secretary Kayleigh McEnany said at the White House that the president had proper legal authority for all four orders.

“What we are doing is entirely within the executive capacity of the president,” she said, citing the Stafford Act, the Higher Education Act, and, with regard to the payroll tax deferral, 26 USC § 7508a.