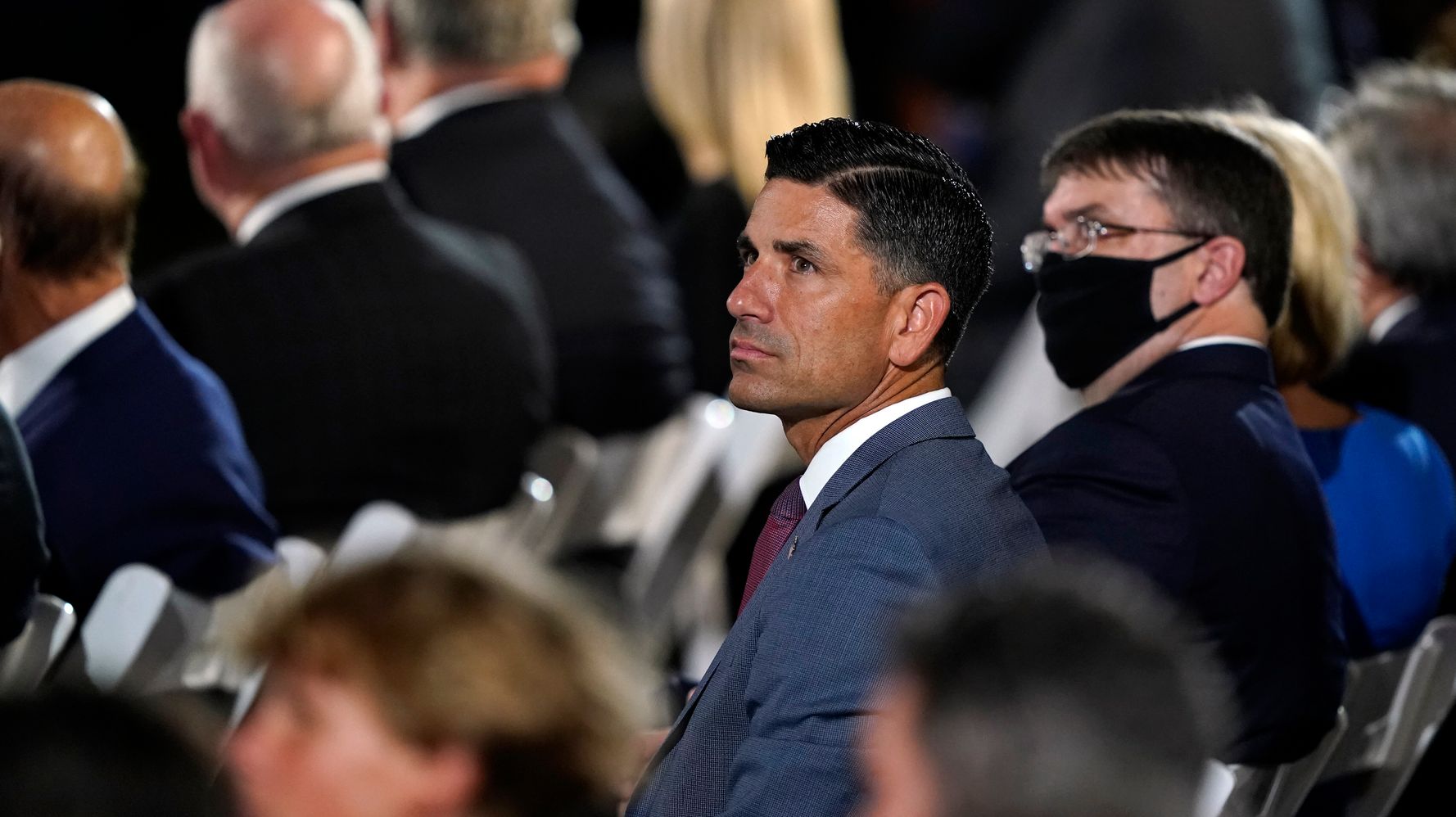 Acting Homeland Security Secretary Chad Wolf claimed Sunday that he did not know the naturalization ceremony he led at the White House last week would be televised at the Republican National Convention later that day.

In a pretaped scene aired Aug. 25 as part of the convention’s prime-time programming, President Donald Trump participated in a naturalization ceremony at the White House for five new citizens while Wolf administered the Oath of Allegiance. The video raised concerns that Trump and Wolf used the ceremony on government property to further the president’s reelection chances.

In an interview Sunday on ABC’s “This Week,” the DHS head argued that he believed Trump just genuinely happened to be leading a naturalization ceremony alongside him with cameras filming it at the White House during the week of the convention ― where Republicans officially renominated Trump for president.

“Again, naturalization ceremonies are what the department does. We do hundreds, if not thousands, of them every year,” Wolf told ABC’s Jonathan Karl. “I participated in several of them not only with the president, but with the vice president.

“So it’s absolutely a legitimate role for the department to do,” he continued. “Again, we do them across the nation. I did one in Denver the day after on Wednesday of this past week, and we’ll continue to do that.”

When Karl continued pressing Wolf to answer his question about whether he knew the ceremony would be aired at the RNC, the DHS chief said, “No.”

NEW: “No,” acting DHS Sec. Chad Wolf tells @jonkarl when pressed about whether he knew that the naturalization ceremony that he led at the White House would be aired as part of the Republican National Convention. https://t.co/zlzRmVpIbE pic.twitter.com/ktyzY1fOlS

“What I knew is again, participating in a naturalization ceremony, we had a number of USCIS employees there, as they do every naturalization ceremony, making sure that that ceremony goes off without a hitch,” Wolf said. “They were giving that Oath of Allegiance to those individuals there. And again, we’ll continue to do that, because that’s our mission at the department.”

Last week, two of the immigrants featured in the naturalization ceremony video told The Wall Street Journal that they were unaware the footage would be shown at the RNC. Sudha Narayanan and Neimat Awadelseid both said they did not mind having the video featured at the event.

Rep. Bennie Thompson (D-Miss.), chairman of the House Homeland Security Committee, sent a letter on Aug. 26 to the Office of Special Counsel requesting an investigation into Wolf to determine whether his participation in the naturalization ceremony violated the Hatch Act. The Hatch Act prohibits employees of the executive branch from engaging in political activity while in their official capacity.

“This is an unprecedented politicization of the naturalization ceremony ― an official function of the Department of Homeland Security,” Thompson wrote. “Mr. Wolf’s participation appears to constitute engaging in political activity while acting in an official capacity. It also sets a bad example for the Department’s 240,000 employees who are required to comply with the Hatch Act.”

The watchdog group Citizens for Responsibility and Ethics in Washington (CREW) also filed a complaint with the OSC over Wolf’s participation in the ceremony.

“The Hatch Act isn’t some nebulous, technical code buried deep in some federal manual, it’s the law meant to keep officials from using taxpayer dollars and the authorities of the federal government to keep themselves in power, as totalitarian regimes do,” CREW Executive Director Noah Bookbinder said in a statement.

While the purpose of airing the naturalization ceremony was to paint Trump as someone who welcomes immigrants, the president’s record proves anything but. Over the years, the Trump administration has made it harder to pursue legal immigration, almost doubling the fees for many immigration and work authorization applications.