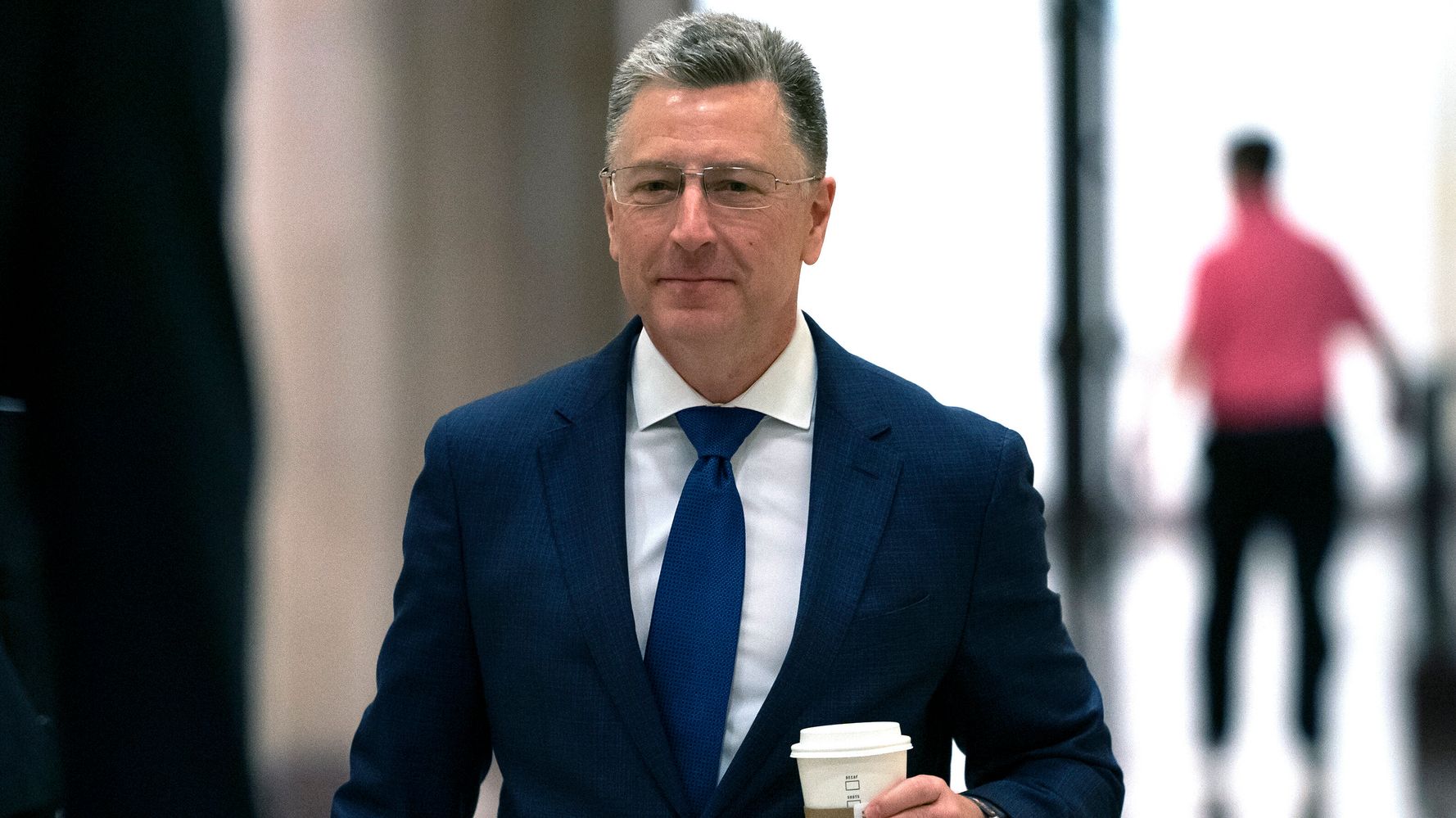 WASHINGTON (AP) — The former special U.S. envoy to Ukraine told lawmakers Thursday that he wasn’t personally involved in President Donald Trump’s effort to have that country’s leaders investigate Joe Biden’s family and that he warned Ukrainians to steer clear of American politics.

Kurt Volker, who has become a central figure in the House’s impeachment inquiry, spent hours behind closed doors as lawmakers and staff pored through dozens of pages of text messages, photos and other correspondence during the interview, according to those familiar with the meeting.

Volker appeared straightforward and forthcoming, and there was no question he did not answer, said one person, who spoke on condition of anonymity to discuss the private session.

The daylong appearance is the first in what is expected to be a series of interviews with officials inside and outside the State Department. House investigators want to understand if they played any role or have more information about Trump’s efforts to press Ukrainian President Volodymyr Zelenskiy for damaging information about the former vice president, who is now a Democratic presidential contender and top Trump rival.

Volker resigned on Friday after being asked to testify to Congress about the whistleblower complaint that describes how Trump, in a July 25 phone call , repeatedly prodded Zelenskiy for an investigation of Biden and his son Hunter, while his administration delayed the release of military aid to help Ukraine fight Russia-backed separatists. The complaint says Volker met in Kyiv with Zelenskiy and other Ukrainian political figures a day after the call, and he provided advice about how to “navigate” Trump’s demands.

“I think he was doing the best he could,” said retired senior U.S. diplomat Daniel Fried, who described the actions of his former colleague as trying to guide Ukrainians on “how to deal with President Trump under difficult circumstances.”

Volker agreed to a voluntary interview with lawmakers and congressional staff, led by House Intelligence Committee Chairman Adam Schiff of California, as Democrats dig deeper into the administration’s handling of Ukraine.

Volker, who also served as head of the John McCain Institute for International Leadership at Arizona State University, was said to be eager to appear and tell his side of the situation.

The former envoy was in office as the administration was holding back $250 million for Ukraine at the time Trump was pressing Zelenskiy about the Bidens. Volker told the House investigators it was unusual for the U.S. to withhold aid to Ukraine, but said he was given no explanation for it, the person said.

Republican lawmakers who took part in the interview with Volker downplayed what they heard.

“Not one thing he has said comports with any of the Democrats’ impeachment narrative, not one thing,” said Republican Rep. Jim Jordan of Ohio.

Republicans also argued that because Democrats have not yet voted in the House to open a formal impeachment inquiry, Democrats lack the authority to set certain rules for the hearing.

Republicans are increasingly calling the impeachment proceedings into question as a way to sow doubt and put pressure on House Speaker Nancy Pelosi to force a vote that would put Democrats on record for an impeachment inquiry.

Kevin McCarthy, the leader of House Republicans, said Pelosi should halt proceedings until then. “The American people deserve assurance that basic standards of due process will be present,” he said in a letter to the speaker.

In response, Pelosi said in a letter to McCarthy that “there is no requirement under the Constitution, under House Rules, or House precedent that the whole House vote before proceeding with an impeachment inquiry.”

She added, “We hope you and other Republicans share our commitment to following the facts.”

As the impeachment inquiry focuses on Ukraine, Trump doubled down Thursday by publicly calling on China to also investigate Biden and his family, potentially setting off more alarms in Congress.

“China should start an investigation into the Bidens,” Trump said outside the White House. Trump said he hadn’t directly asked Chinese President Xi Jinping to investigate, but it’s “certainly something we could start thinking about.”

The State Department’s role in Ukraine has become deeply entangled in the impeachment inquiry as Secretary of State Mike Pompeo confirmed that he was also on Trump’s July 25 call with Zelenskiy.

The State Department said Volker has confirmed that he put a Zelenskiy adviser in contact with Trump’s lawyer Rudy Giuliani, at the Ukrainian adviser’s request, and Giuliani has said he was in frequent contact with Volker.

Volker told investigators Thursday he warned Giuliani not to rely on information coming from Ukraine’s former top prosecutor, Yuri Lutsenko. The former prosecutor general reportedly had been in contact with Giuliani, the person said.

Giuliani has played a central role in Trump’s efforts to launch a Ukrainian corruption probe into the Bidens that’s now part of the impeachment inquiry.

Hunter Biden served on the board of a Ukrainian gas company at the same time his father was leading the Obama administration’s diplomatic dealings with Kyiv. Although the timing raised concerns among anti-corruption advocates, there has been no evidence of wrongdoing by either the former vice president or his son.

Separately, The Associated Press reported on Wednesday that Volker met last year with a top official from the same Ukrainian energy firm that paid Hunter Biden to serve on its board. The meeting occurred even as Giuliani pressed Ukraine’s government to investigate the company and the Bidens’ involvement with it.

Pompeo accused the congressional investigators of trying to “bully” and “intimidate” State Department officials with subpoenas for documents and testimony, suggesting he would seek to prevent them from providing information. But the committee managed to schedule the deposition with Volker, as well as one next week with Marie Yovanovitch, who was U.S. ambassador to Ukraine until she was removed from the post last spring.

Here’s A Key Aspect Of Impeachment Weighing On The Minds Of Democrats.