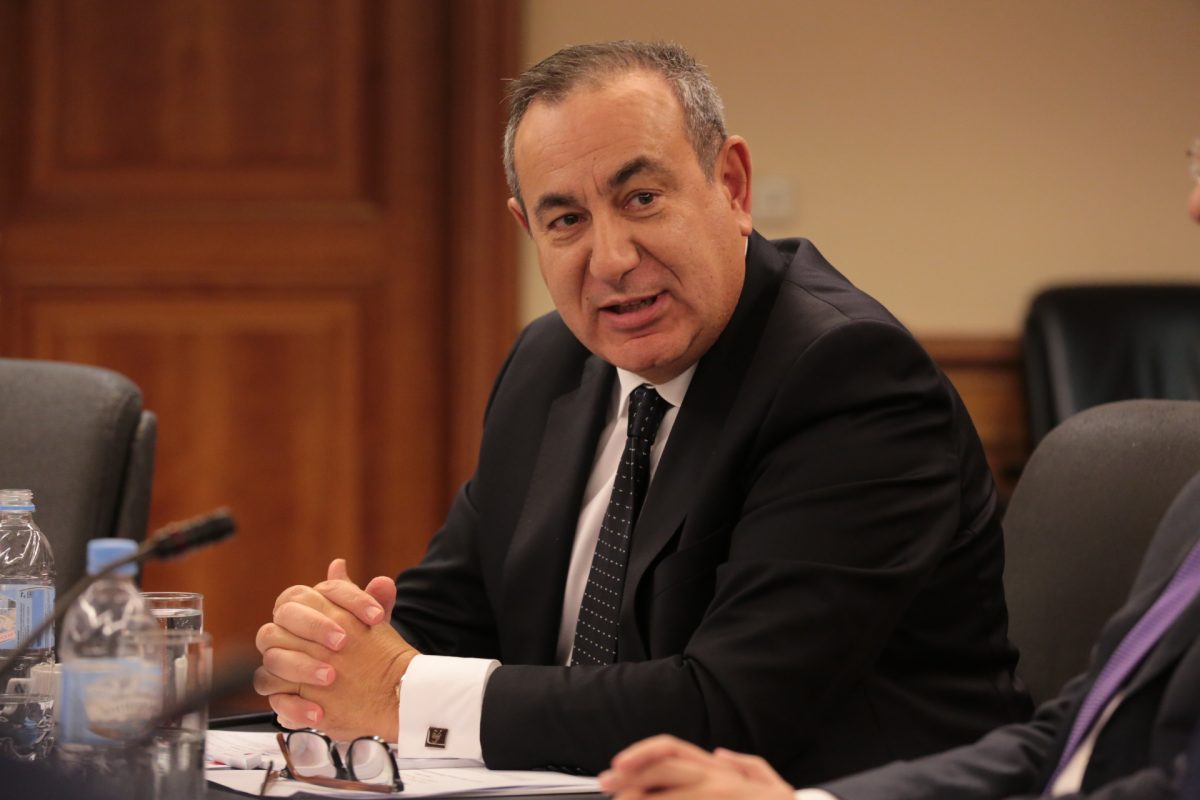 The Department of Justice (DOJ) has obtained two phones of Joseph Mifsud, one of the central figures of the 2016 Russia investigation, and the lawyer of Lt. Gen. Michael Flynn has requested them, saying they likely contain exculpatory evidence.

Data and metadata on the phones “is material, exculpatory, and relevant to the defense of Mr. Flynn,” she said.

Mifsud allegedly told a Trump campaign aide in April 2016 that Russians had “dirt” on former Secretary of State Hillary Clinton, in the form of “thousands of emails.” This information was ultimately used by the FBI to open a counterintelligence investigation that involved extensive spying on Trump campaign staff.

Mifsud’s lawyer, Stephan Roh, confirmed to The Epoch Times that the DOJ obtained the BlackBerrys and said he was informed that Mifsud used them to communicate with “at least one person in the U.S.”

“I was also told that it was possible to retrieve a lot more data and information from the phones,” he said.

Neither Roh nor Powell would say how they learned about the phones or who gave them to the DOJ.

It isn’t clear how Mifsud obtained the phones, although Powell wrote in an Oct. 15 tweet that the phones “had been given to Mifsud to use.”

“Of course, pretty sure bad actors knew of them previously—certainly the operation that gave them to him!”

The emergence of the phones follows the late-September trip Attorney General William Barr and Secretary of State Mike Pompeo made to Italy, where they met with security officials and, among other things, inquired about Mifsud.

Barr confirmed that the Trump campaign was spied on by the government in 2016 and said he would look into whether that surveillance was properly predicated.

Powell noted in her filing that she first requested Mifsud’s phones on Oct. 11 by email to the prosecutors, but they only responded after she informed them she would file a court motion for the evidence to be produced.

“If we determine that they contain information that is discoverable or that is relevant to sentencing, we will produce them to you,” the prosecutors responded on Oct. 15, the filing states.

Flynn, former head of the Defense Intelligence Agency (DIA) and former national security adviser to President Donald Trump, pleaded guilty on Dec. 1, 2017, to one count of lying to FBI agents during a Jan. 24, 2017, interview.

The interview was related to an FBI investigation of Flynn “based on his relationship with the Russian government,” according to the final report by then-special counsel Robert Mueller, who took over the Russia investigation in 2017.

The probe failed to establish that anybody from the Trump team colluded with Russia to meddle in the 2016 election, the report stated (pdf).

Powell said the phone data is specifically relevant “to the ‘OCONUS LURES’ and agents that western intelligence tasked against [Flynn] likely as early as 2014.”

The agents were “to arrange—unbeknownst to him—’connections’ with certain Russians that they would then use against him in their false claims,” she argued.

Powell has argued that the investigation of Flynn was improper, specifically that he was targeted for “concocted and political purposes.”

A “lure” is an operation in which a counterintelligence operative will pretend to be compromised by money, ideology, coercion, or extortion, and therefore be “open to manipulation and recruitment,” said Chris Blackburn, political analyst and counterterrorism expert. If a foreign intelligence service takes the bait and attempts to recruit the operative, the relationship could then be used for various purposes, such as to identify the recruiting agents and collect information.

Text messages between former high-level FBI attorney Lisa Page and former FBI counterintelligence lead on the Russia probe Peter Strzok indicate that Strzok was trying to get approval for multiple “OCONUS lures” in December 2015. At the time, he was working on the investigation into Clinton’s use of a private email server during her tenure as secretary of state.

Some aspects of Mifsud’s background would fit the description of a “lure,” according to Blackburn. Mifsud’s name was repeatedly in the media for alleged financial misdeeds, but it never seemed to affect his career. He was repeatedly granted distinguished positions and access to important people in the Western political, diplomatic, intelligence, security, and counterterrorism circles.

Powell suggested that Mifsud may have been involved in spying on Flynn and may have attended a Dec. 10, 2015, dinner hosted by the Russian state-backed RT television network for its 10th anniversary.

Flynn said his speaker’s bureau, Leading Authorities Inc., asked him to give an onstage interview at the event. He did and was paid $33,000 for it.

Russian President Vladimir Putin gave a speech and sat briefly next to Flynn before coming on stage, according to two people who attended the dinner.

Flynn reportedly received a defensive briefing from the DIA before attending the dinner and was debriefed by the agency after, providing “moderately useful” information.

Roh said he didn’t speak to Mifsud about the RT dinner and couldn’t confirm whether Mifsud attended.

Powell’s reference to Flynn being targeted in 2014 may refer to a defamation lawsuit filed in May by Russian-born UK-based historian Svetlana Lokhova against Stefan Halper, a de facto outed FBI informant used in the Russia investigation.

In 2014, Flynn attended a dinner organized by the Cambridge Intelligence Seminar (CIS), an ongoing series of meetings for intelligence community members, academics, and researchers.

About 20 people attended and, at the end, Sir Richard Dearlove, former head of the UK’s MI6 intelligence service, invited Lokhova to give a presentation about some public historical materials she collected from the Russian state archive, her complaint states.

Flynn asked Lokhova to send him the materials to use as an “icebreaker” during his conversation with Russian officials, with whom he interacted as part of his DIA job.

Lokhova said she was asked to stay in touch with Flynn by Christopher Andrew, who is one of CIS’s co-conveners, a Cambridge professor, and an official historian of MI5, the United Kingdom’s domestic counterintelligence and security service.

She said she sent Flynn several emails with Andrew copied in on all of them.

In 2016, Halper, then also a CIS co-convener, started to spread lies to media, Lokhova alleges, which led to a flurry of stories starting in late 2016 that left many people with the impression that Lokhova was a Russian spy who engaged Flynn in a relationship, or possibly an affair, on behalf of Russian intelligence.

In Powell’s view, it seems, there was never a proper reason to open an investigation on Flynn. The FBI, therefore, had no business interviewing him and the charge against him must be dismissed. She has argued the government has failed to supply evidence that would undermine its predicate for probing Flynn and as such the case should be dismissed for failure to produce the exculpatory information. At the very least, new prosecutors willing to produce the evidence should be appointed, she said.

Powell had requested dozens of pieces of evidence in an Aug. 30 court filing to back up her argument.

On Oct. 1, the prosecutors responded by refusing to produce anything in response to the request. Instead, they labelled Powell’s suspicions as “conspiracy theories.”

Powell expects the prosecutors will refuse to provide Mifsud’s phones and “to say they are not relevant to sentencing.”

“That is their mantra in their overall response,” she told The Epoch Times.