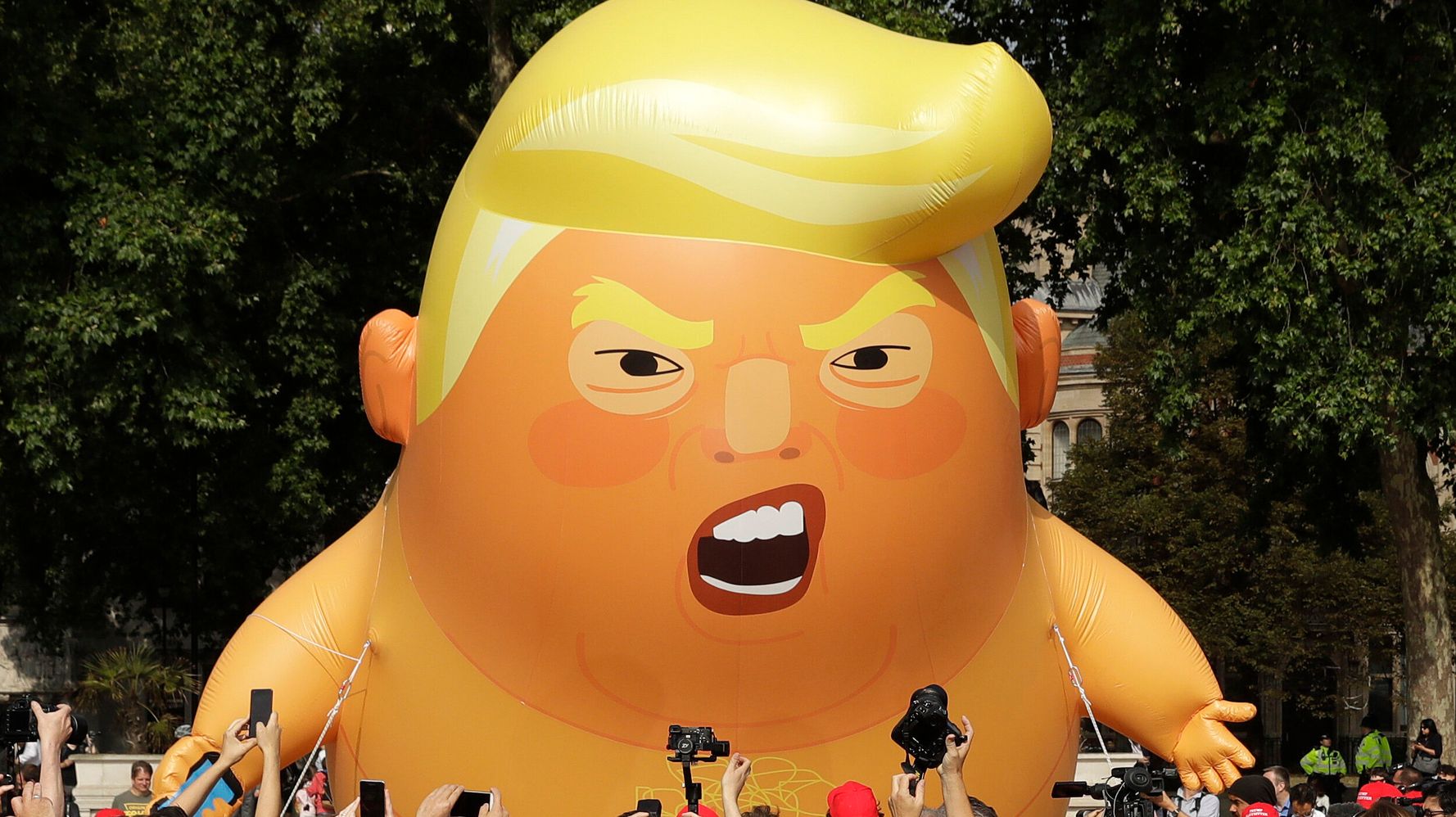 A Donald Trump supporter was arrested Saturday after the infamous Trump baby blimp — which shows the president as a partially naked angry baby — was slashed and deflated in Alabama.

The attack occurred shortly before the kickoff of the Alabama-Louisiana State University football game, which the president attended in Tuscaloosa.

On what appears to be Hutchinson’s Facebook page, he posted a video in which he vowed to “make a scene,” “get rowdy” and “pop” that balloon.

“Officers observed Hoyt Deau Hutchinson, age 32 of Tuscaloosa, AL, cut into the ‘Baby Trump’ balloon, and then attempt to flee the area,” said a statement from the Tuscaloosa police. “Officers apprehended the suspect and took him into custody on a charge of Criminal Mischief First Degree. Hoyt was transported to Tuscaloosa County Jail where he was held on a $2,500 bond.”

Protester Robert Kennedy, who brought the balloon to Tuscaloosa, told The Associated Press that he has frequently accompanied it to demonstrations and has never witnessed a similar attack. “It’s rare to get that kind of anger,” he said.

Jim Girvan, an organizer of the balloon protests, told AP that Hutchinson cut an 8-foot-long slash in the back of the blimp.

The 20-foot-high balloon was also slashed at an appearance in London during the Trump family’s state visit there in June.

Hutchinson launched his own GoFundMe page to raise money for restitution for the balloon, saying he was charged with “felony criminal mischief after deflation of the disrespectful baby Trump balloon.” He added: ”Hoyt made sure our beloved president didn’t have to see this disrespectful balloon on the streets of T-town today!!” By late Saturday the site had raised nearly $12,000 of a requested $6,000.

Just watched a guy get arrested for stabbing this balloon lmao pic.twitter.com/m4D5n4YOUy