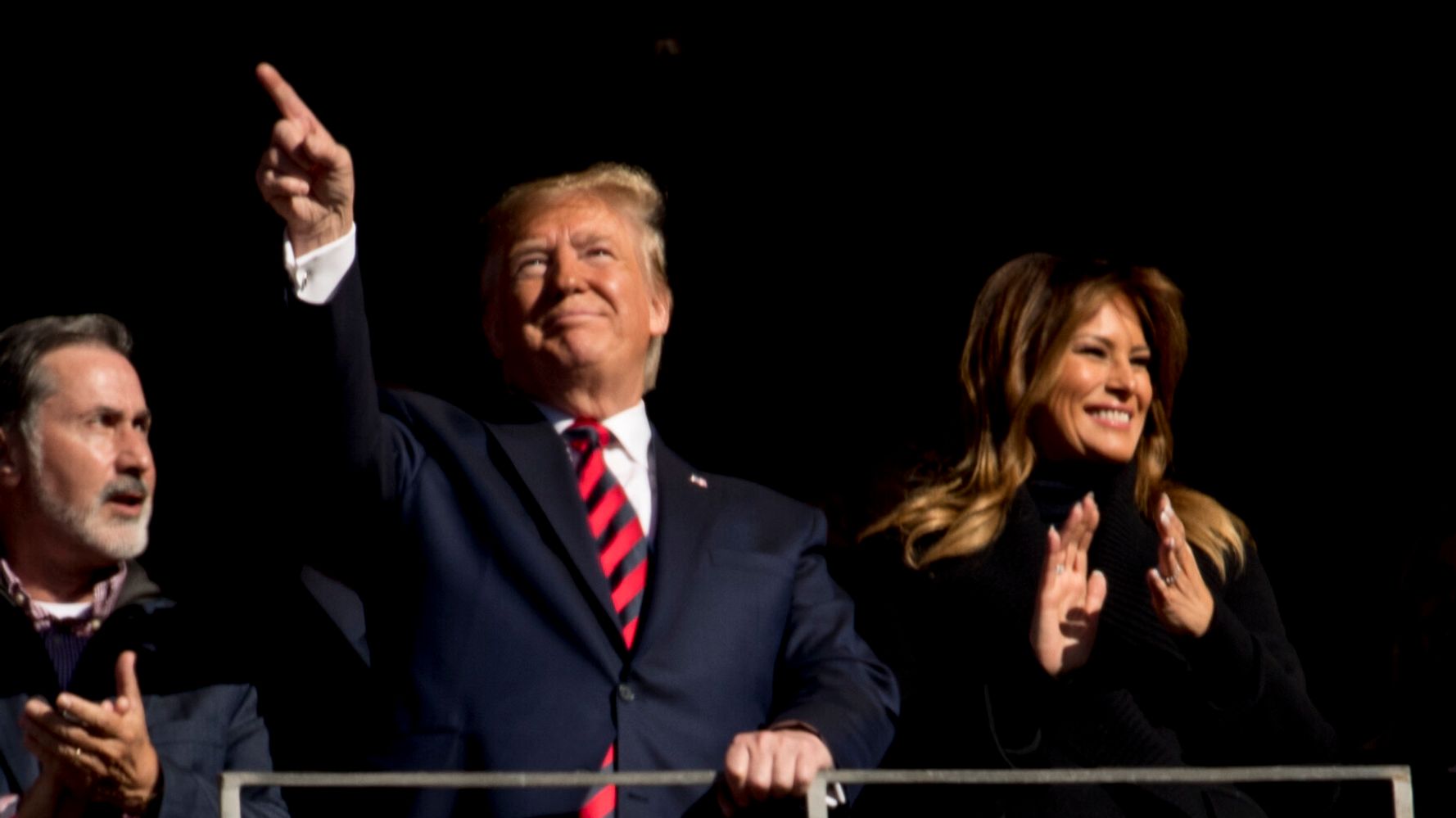 After getting booed twice while attending athletic events over the last two weeks, President Donald Trump finally received a decidedly warm welcome at a game between two of the nation’s best college football teams in Tuscaloosa, Alabama.

As President Trump and first lady Melania Trump walked into the Bryant-Denny Stadium to watch the University of Alabama take on Louisiana State University on Saturday, the packed bleachers erupted mostly with cheers (and some jeers).

After the Trumps were announced and appeared on the stadium monitor, many in the crowd began chanting, “USA! USA!”

In a video of Trump’s entrance obtained by Reuters, fans can also be heard cheering, “Four more years!”

On October 27, Trump attended Game 5 of the World Series between the Washington Nationals and Houston Astros at Nationals Park in Washington, D.C., where many in the stadium booed him after he appeared on the field’s large monitor.

The president was booed again during Game 7 of the World Series when an ad for his 2020 reelection campaign appeared on the scoreboard at Nationals Park during a live broadcast of the game. Trump wasn’t at the stadium at the time.

Then, last week, Trump attended a UFC match at Madison Square Garden in his hometown of New York City, where he received a mix of boos and cheers of support.

Reports on the crowd’s reaction varied, likely depending on the observer’s location.

One Democratic strategist who attended the event filmed a video, which he later shared to Twitter, that picked up the sound of some UFC fans booing. In another video, filmed by a professional MMA fighter who is also a Trump supporter, some in the audience can be heard cheering for the president.

Trump getting booed at UFC! LMAO! Even there?! pic.twitter.com/qzISfRBOfq

#NEW: Pres. Trump arrives at Madison Square Garden to a positive reaction from the crowd ahead of #UFC244 . pic.twitter.com/OIz8R8IkRu

After leaving the stadium, Trump retweeted several videos showing the crowd at the University of Alabama’s stadium cheering him on.

“The fake news will never show this,” Trump wrote Saturday night while thanking a reporter from a conservative news site for their coverage.

Alabama, which had been undefeated all season, lost to LSU.

But the Fake News will never show this. Thank you! https://t.co/T8grDsDRvJ