Donald Trump Jr. Is Going On ‘The View’ And The Audience Isn’t Happy 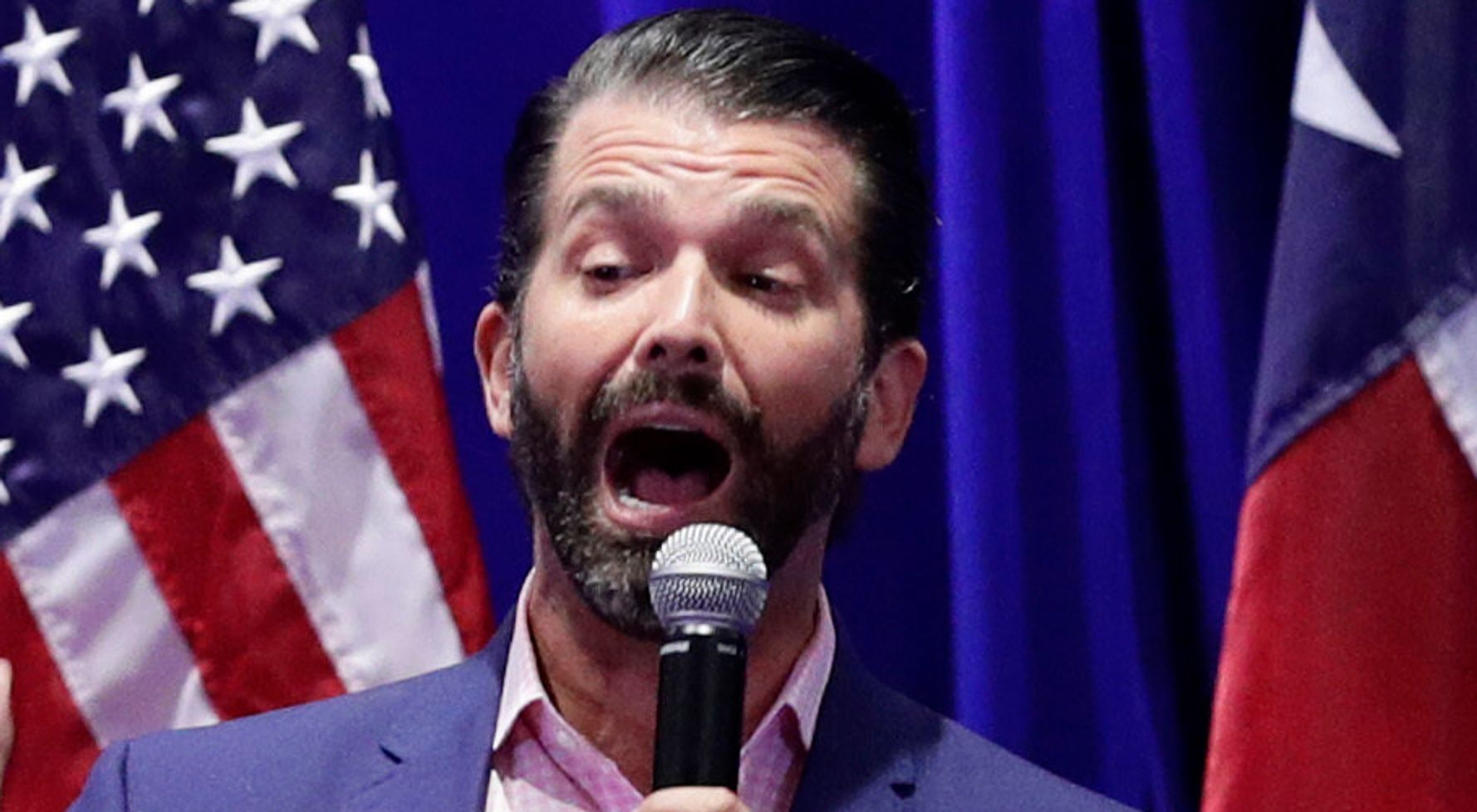 Behar revealed the news while wearing a top with the slogan “Quid Pro Quo,” an apparent reference to the Donald Trump-Ukraine scandal that has prompted an impeachment inquiry into the president.

“I think you should wear that shirt Thursday,” GOP strategist Ana Navarro, a vocal critic of Trump, told Behar.

Behar replied: “I don’t want to give the whole game away.”

It’s currently unclear which of the show’s panel members will be on air for Trump Jr.’s interview.

Whoopi Goldberg, meanwhile, has a long history of calling out Donald Trump’s racism.

Earlier, the show’s panel had commented on the “Witch Hunt” costumes that Trump Jr. and Guilfoyle donned for Halloween. “Maybe he should have worn a prison suit,” quipped Navarro. “Orange is the new black.”