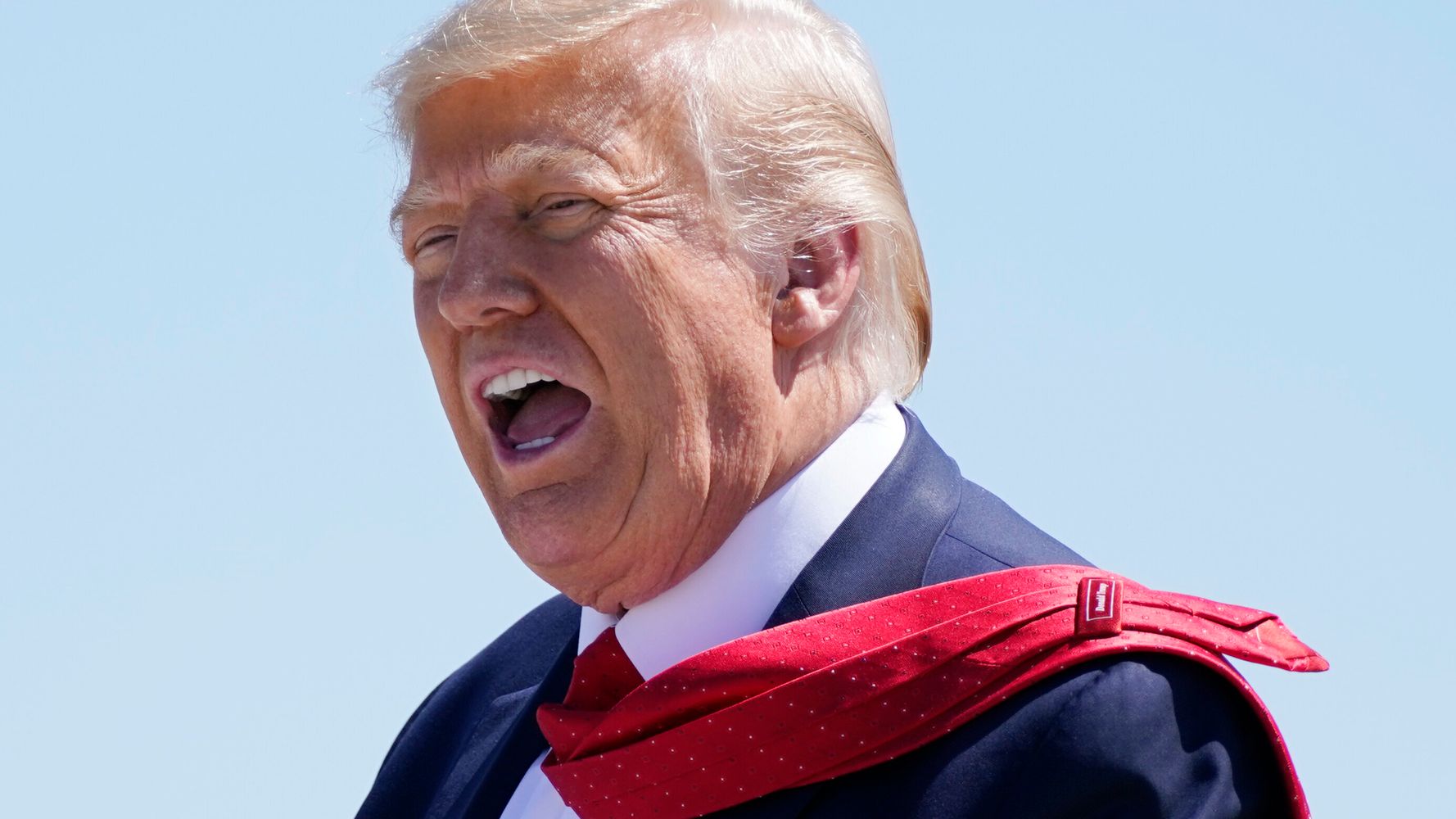 “Somebody please explain to @MichelleObama that Donald J. Trump would not be here, in the beautiful White House, if it weren’t for the job done by your husband, Barack Obama,” the president wrote on Twitter early Tuesday, hours after Obama slammed Trump’s “utter lack of empathy” in her speech. She also warned that “if you think things cannot possibly get worse, trust me, they can” and urged people to support presumptive Democratic nominee Joe Biden in the November election “like our lives depend on it.”

Trump raged in his tweets that the Obamas’ support of Biden was “merely an afterthought.”

Somebody please explain to @MichelleObama that Donald J. Trump would not be here, in the beautiful White House, if it weren’t for the job done by your husband, Barack Obama. Biden was merely an afterthought, a good reason for that very late & unenthusiastic endorsement…..

He also tried to spin his administration’s catastrophic mishandling of the coronavirus pandemic and repeated his unfounded claim that the Obama White House spied on his 2016 campaign, which he called “Treason.”

“Thanks for your very kind words Michelle,” Trump concluded.

….My Administration and I built the greatest economy in history, of any country, turned it off, saved millions of lives, and now am building an even greater economy than it was before. Jobs are flowing, NASDAQ is already at a record high, the rest to follow. Sit back & watch!

Looking back into history, the response by the ObamaBiden team to the H1N1 Swine Flu was considered a weak and pathetic one. Check out the polling, it’s really bad. The big difference is that they got a free pass from the Corrupt Fake News Media!

The ObamaBiden Administration was the most corrupt in history, including the fact that they got caught SPYING ON MY CAMPAIGN, the biggest political scandal in the history of our Country. It’s called Treason, and more. Thanks for your very kind words Michelle!

Critics were quick to fact-check the president:

The weird thing is he clearly believes this, despite having passed almost no decent economic measures (other than an unproductive tax cut for the wealthy). https://t.co/7vSDqSW16r

Here is Trump once again taking credit for shutting down. Incredibly. He surely doesn’t really believe that he saved millions of lives. Surely not. https://t.co/4mX6EVC3Va

More than 5.6 million Americans have been infected with COVID-19 and 173,000+ have died. A strong (more than 23 million unemployed at the highest in April?) economy isn’t the only sign of presidential worthiness. https://t.co/wKW9GN9sdT

The major difference between the H1N1 and the Coronavirus is the death toll.