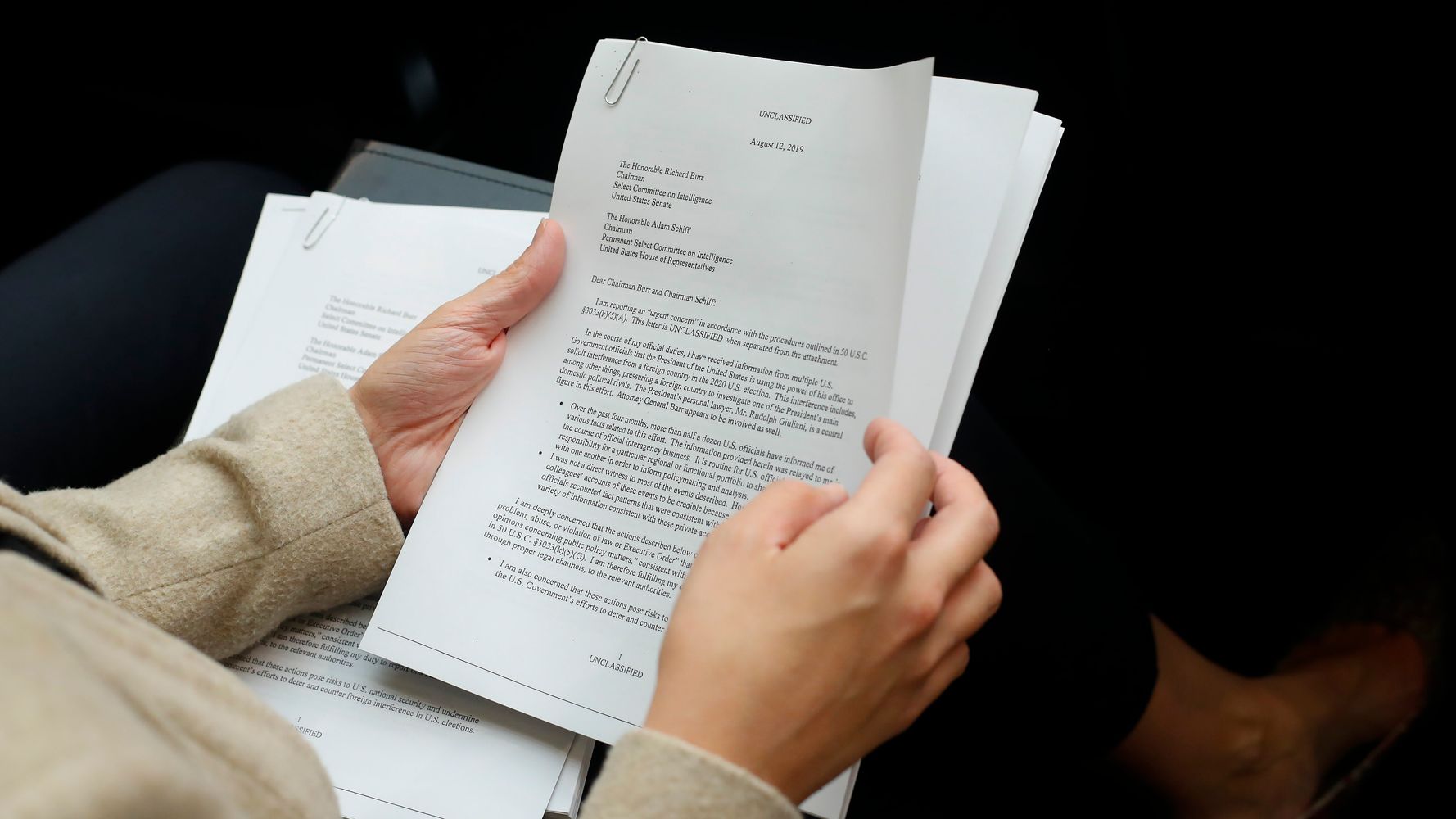 Ninety former national security officials penned an open letter Sunday to the public defending the whistleblower in the Trump-Ukraine scandal, stressing the importance of protecting the person and their identity.

The letter is signed by ex-national security officials who served under both Democratic and Republican presidents, including President Donald Trump himself, The Wall Street Journal first reported. The whistleblower remains anonymous, though it’s been revealed that the person works in the U.S. government’s intelligence community.

“A responsible whistleblower makes all Americans safer by ensuring that serious wrongdoing can be investigated and addressed, thus advancing the cause of national security to which we have devoted our careers,” the former officials, including former Director of National Intelligence James Clapper, former CIA Director John Brennan and former Defense Secretary Chuck Hagel, wrote in the letter.

The letter comes as Trump and his allies denounce the whistleblower’s complaint regarding the president’s July 25 phone call with Ukrainian leader Volodymyr Zelensky. The complaint, which cites several unnamed senior White House officials, accuses the president of pressuring Zelensky to investigate 2020 election rival Joe Biden, whose son Hunter previously had business dealings in Ukraine. The complaint led the House to launch a formal impeachment inquiry into Trump.

A summary of the call released by the White House largely corroborates the whistleblower’s allegations. Trump, who has repeatedly described the call as “perfect,” later said on camera that both Ukraine and China should investigate Biden for unsubstantiated claims of corruption.

Trump has pushed a conspiracy theory suggesting the rules for whistleblowers used to require firsthand information and changed before the Ukraine whistleblower came forward. But experts, including the intelligence community’s inspector general who reviewed the complaint, said whistleblowers have always been allowed to report on secondhand information.

The former officials who penned the letter said they “applaud the whistleblower.”

“As such, he or she has by law the right ― and indeed the responsibility ― to make known, through appropriate channels, indications of serious wrongdoing,” they wrote. “That is precisely what this whistleblower did; and we applaud the whistleblower not only for living up to that responsibility but also for using precisely the channels made available by federal law for raising such concerns.”

They said a whistleblower should be “protected from certain egregious forms of retaliation.”

“Whatever one’s view of the matters discussed in the whistleblower’s complaint, all Americans should be united in demanding that all branches of our government and all outlets of our media protect this whistleblower and his or her identity,” they wrote.

Federal law says Intelligence Community Inspector General Michael Atkinson cannot disclose the whistleblower’s identity without the person’s consent, unless it is “unavoidable during the course of the investigation.” The law also says the whistleblower should not face any “action constituting a reprisal, or threat of reprisal” unless the whistleblower falsified the report.

Earlier Sunday, Bakaj and fellow attorney Mark Zaid confirmed that they are representing a second whistleblower from the intelligence community who they say has firsthand knowledge of Trump’s misconduct cited in the original whistleblower’s complaint.

Several former national security officials who were named in the letter posted on Twitter about their decision to sign it.

“All Americans should be united in demanding that all
branches of our government & all outlets of our media protect this whistleblower & his or her identity.”

🌬 Whistleblowers have every right to securely discuss their concerns with proper authorities and be protected when they do so. https://t.co/gIfMnGKqnN

“Whatever one’s view of the matters discussed in the whistleblower’s complaint, all Americans should be united indemanding that all branches of our government and all outlets of our media protect this whistleblower and his or her identity.” https://t.co/UN73P6Lokr