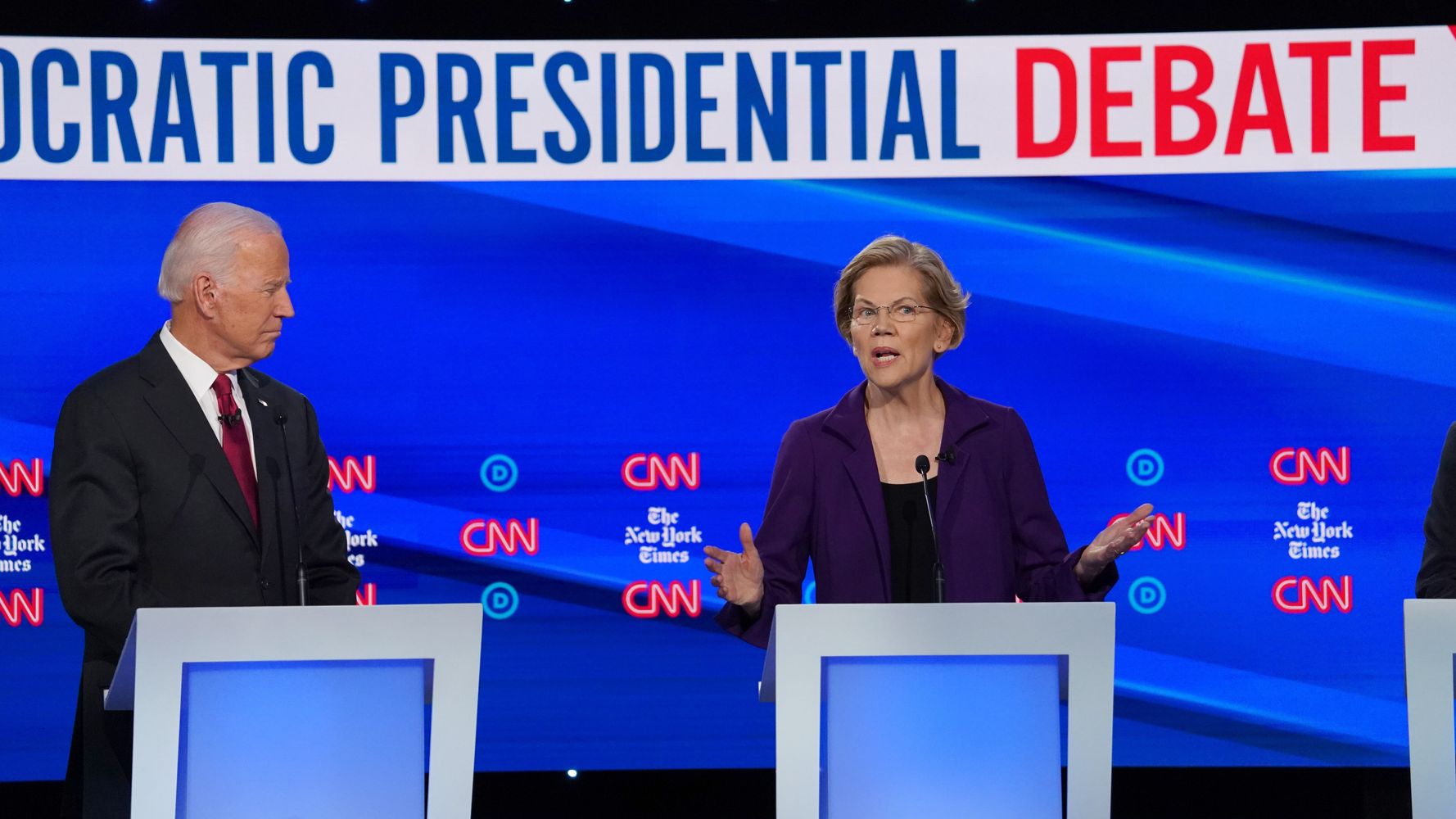 Sen. Elizabeth Warren (D-Mass.) on Tuesday blamed President Donald Trump’s brazen actions in the Ukraine scandal on Congress’ failure to move to impeach him after the release of the Mueller report.

In the first moments of the Democratic presidential debate, Warren asked voters to “look what happened as a result” of the failure of lawmakers to charge Trump with obstruction of justice based on special counsel Robert Mueller’s investigation into Russian interference in the 2016 presidential election. Mueller issued the probe’s report in late March.

“Donald Trump broke the law again in the summer, broke the law again this fall,” Warren said, referring to the president’s push for foreign countries to investigate former Vice President Joe Biden, another of the Democratic presidential contenders. “Impeachment is the way that we establish that this man will not be able to break the law over and over without consequence.”

Impeachment dominated the opening minutes of the debate, with CNN’s Anderson Cooper pressing the issue with each of the 12 candidates on stage at Otterbein University, Ohio. In their support for the start of impeachment proceedings against Trump, the candidates were unusually united.

Asked if Congress had any choice but to impeach Trump, Sen. Bernie Sanders (I-Vt.) replied with a forceful, “No they don’t.” Sanders slammed Trump as “the most corrupt president in the history of this country,” a line echoed shortly afterward by Biden and Sen. Kamala Harris of California.

Sanders called on Senate Majority Leader Mitch McConnell (R-Ky.) to “do the right thing and allow a free and fair trial in the Senate” ― something McConnell has not committed to doing if the House refers articles of impeachment as a result of its ongoing inquiry.

Harris was one of several candidates touting her support of not just the impeachment inquiry but of the need to remove the president.

“I know a confession when I see it. He did it in plain sight,” Harris said, referring to Trump openly calling for Ukraine and China to investigate Biden. “He has given us the evidence. It’s just being observant.”

Former Rep. Beto O’Rourke of Texas said, “If there is not justice, we failed this moment, our Constitution and our country.”

Other candidates were more cautious, supporting impeachment but making clear they were not eager for the issue to take center stage or appear “hyperpartisan,” in the words of Rep. Tulsi Gabbard of Hawaii.

Sen. Amy Klobuchar of Minnesota, entrepreneur Andrew Yang and former Housing and Urban Development Secretary Julián Castro endorsed the impeachment process but quickly twisted away from the question to tout their positions on economic issues or foreign policy.

“This has got to be about patriotism and not partisanship,” said Sen. Cory Booker of New Jersey. “We have to conduct this process in a way that is honorable, that brings our country together, not rips us apart.”