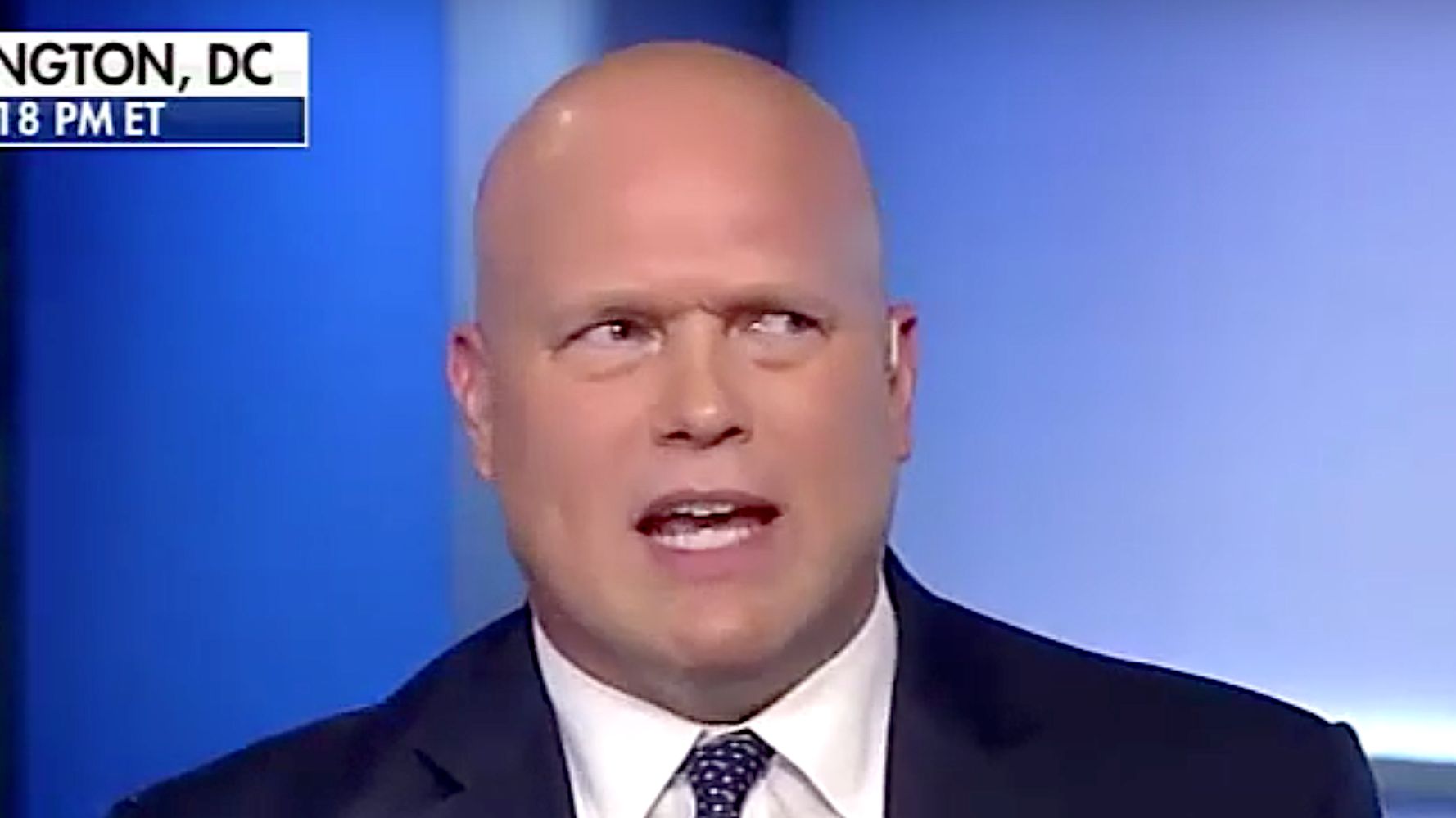 President Donald Trump is the subject of an ongoing impeachment inquiry for allegedly abusing his presidential power by seeking the help of a foreign government to further his own political agenda. But Matt Whitaker, Trump’s former acting attorney general, made a case for his ex-boss’ innocence during an interview with Fox News on Tuesday night.

“What evidence of a crime do you have? … Abuse of power is not a crime,” Whitaker told host Laura Ingraham.

“Abuse of power is not a crime…the Constitution is pretty clear that this has to be some pretty egregious behavior.”pic.twitter.com/WHs9Z4ksHd

Whitaker added the U.S. Constitution is “very clear that this has to be some pretty egregious behavior.”

House Speaker Nancy Pelosi (D-Calif.) disseminated a “fact sheet” on Monday detailing some of the evidence Democrats have seen showing how Trump ― in Pelosi’s words ― “betrayed his oath of office” and “betrayed the integrity of our elections for his own personal political gain” in his dealings with the Ukrainian government.

The evidence cited in the document included a rough transcript of a July phone call between Trump and the Ukrainian president in which Trump asked Volodymyr Zelensky to “do us a favor” by digging up dirt on former Vice President Joe Biden and his son, Hunter Biden.

The transcript “paints a damning picture of Trump abusing his office by pressing a foreign government to interfere in our 2020 elections,” Pelosi said.

“Abuse of power” is a broad term that can encompass a wide range of behaviors and actions, not all of them necessarily illegal. But according to legal scholars, Trump can still be impeached even if his conduct is not ultimately considered criminal.

Under the Constitution, a president can be impeached for treason and bribery, or “other high crimes and misdemeanors” ― a definition that is, on its own, hard to define.

“It’s meant to convey the idea that the person has badly flouted the terms of office. Even if he didn’t commit a criminal offense, did he do something that constitutes an abuse of power?” Corey Brettschneider, a political science professor at Brown University, told AP of the phrase.

Experts have also pointed out that Trump could be found guilty of a crime including bribery and extortion if it’s determined that he did have a quid pro quo with Ukraine ― something the president has vehemently denied.

Speaking to Ingraham about the impeachment probe, Whitaker suggested President Trump was “being punished” for upsetting “the apple cart” of the “world establishment.”

Ingraham agreed with this assessment.

“This is a revenge of the global elites,” she said.

Seth Meyers’ Spoof Democratic Debate Is Derailed By A Cat