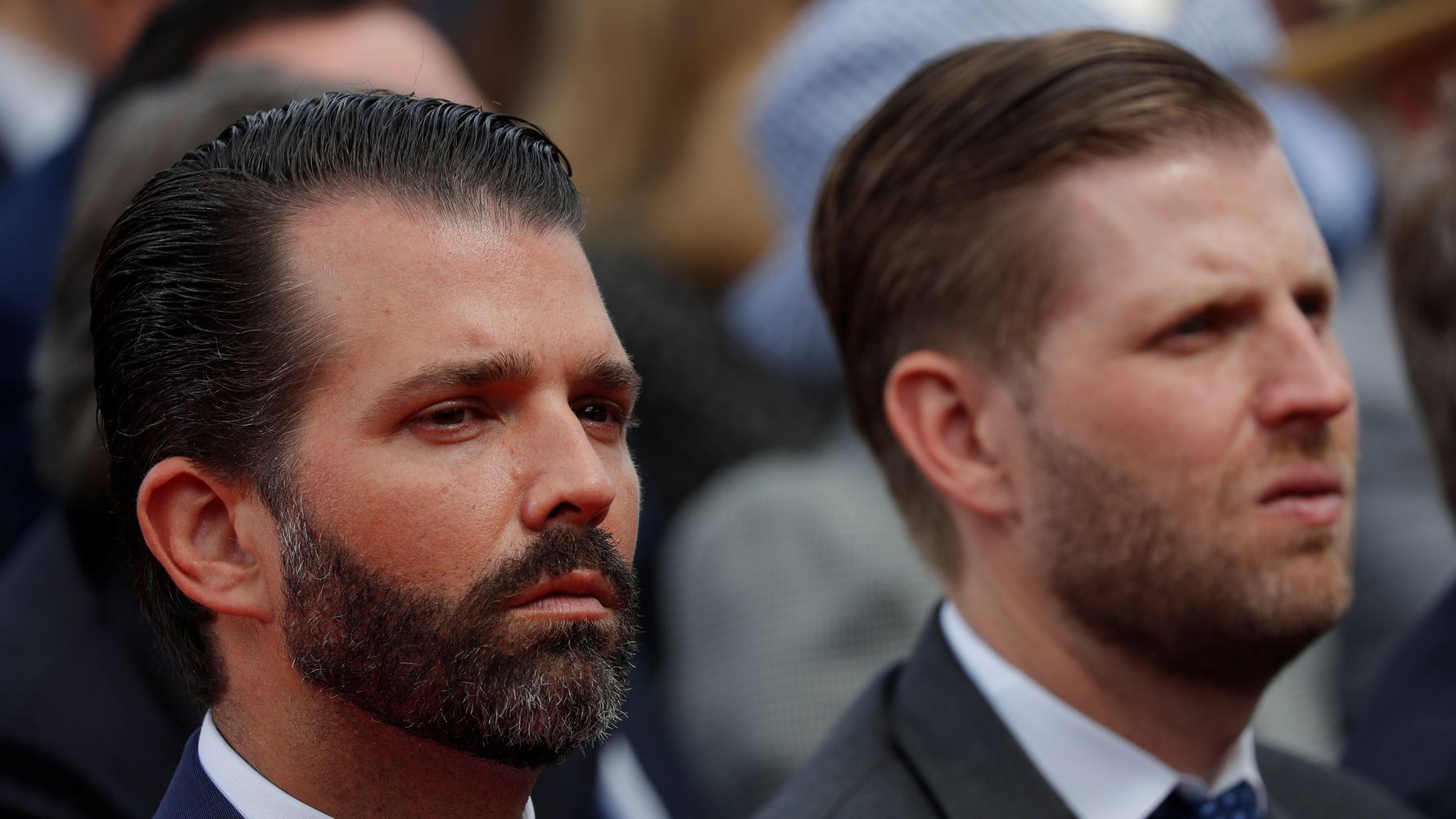 As Eric and Donald Trump Jr. slam Joe Biden’s son for serving on the board of a Ukrainian company while his dad was vice president, their international operations capitalizing on White House connections are “warp speed” unethical, declared a former speechwriter for President George W. Bush.

Reid’s guest David Frum quipped: ”When you see poor Eric and poor Don Jr., you realize there are bivalves with more self-awareness than the Trump children.”

They argue — without any evidence — that Joe Biden worked to block a corruption probe into an energy company whose board of directors included his son. Meanwhile, they profit from international operations stretching to as many as 30 nations still owned by their dad, the president.

“Presidential families should behave themselves in more circumspect ways,” said Frum, who is also an author and writer for The Atlantic. “The Trump family is so far and away the most corrupt in American presidential history that you really can’t think of who’s in second place.”

Eric Trump last month slammed Hunter Biden’s role in an international company. A day later he hailed a brand new housing complex development in Scotland for the Trump Organization, which is still owned by his dad.

Congratulations to our extraordinary @TrumpScotland team! Minutes ago, we received full & total approval for a new phase of development to include 500 homes, 50 cottages, sports center, retail & more. We also received approval to build a 2nd golf course! Very proud of them! pic.twitter.com/odVxomGdmf

Both Reid and Frum referred to Ivanka Trump obtaining several Chinese trademarks for her private company — including for voting machines — last year even as she was dealing with Chinese officials in her role as a senior White House adviser. Trump’s eldest daughter won three trademarks in 2017 on the same day she dined with Chinese President Xi Jinping at Mar-a-Lago. She was granted five trademarks early this year ahead of trade talks with the Chinese.

“You have Ivanka Trump getting Chinese trademarks for voting machines,” noted Reid. “You’ve got Donald Trump Jr. in Indonesia kicking off the sale of luxury condos” — developed with a $500 million cash infusion from a China-owned construction business. “What is happening here?”

Ivanka Trump’s husband, Jared Kushner, meanwhile, met with senior officers of the Anbang investment operation in China “with a view to get hundreds of millions of dollars to rescue his desperately failing project on Fifth Avenue,” noted Frum.

Kushner’s family members solicited Chinese investment in Beijing in 2017 with a presentation including photos of their very own White House adviser and the president — and promises that Chinese could get special U.S. investor visas if they pumped money into the Kushner family business.

The president complaining about corruption in government is like “hearing Al Capone complain about mob activity in Chicago,” quipped Reid’s other guest, Elizabeth Spiers, former editor of the New York Observer, which Kushner once owned.

Check out the discussion in the video above.