FCC Chairman Ajit Pai to Step Down in January 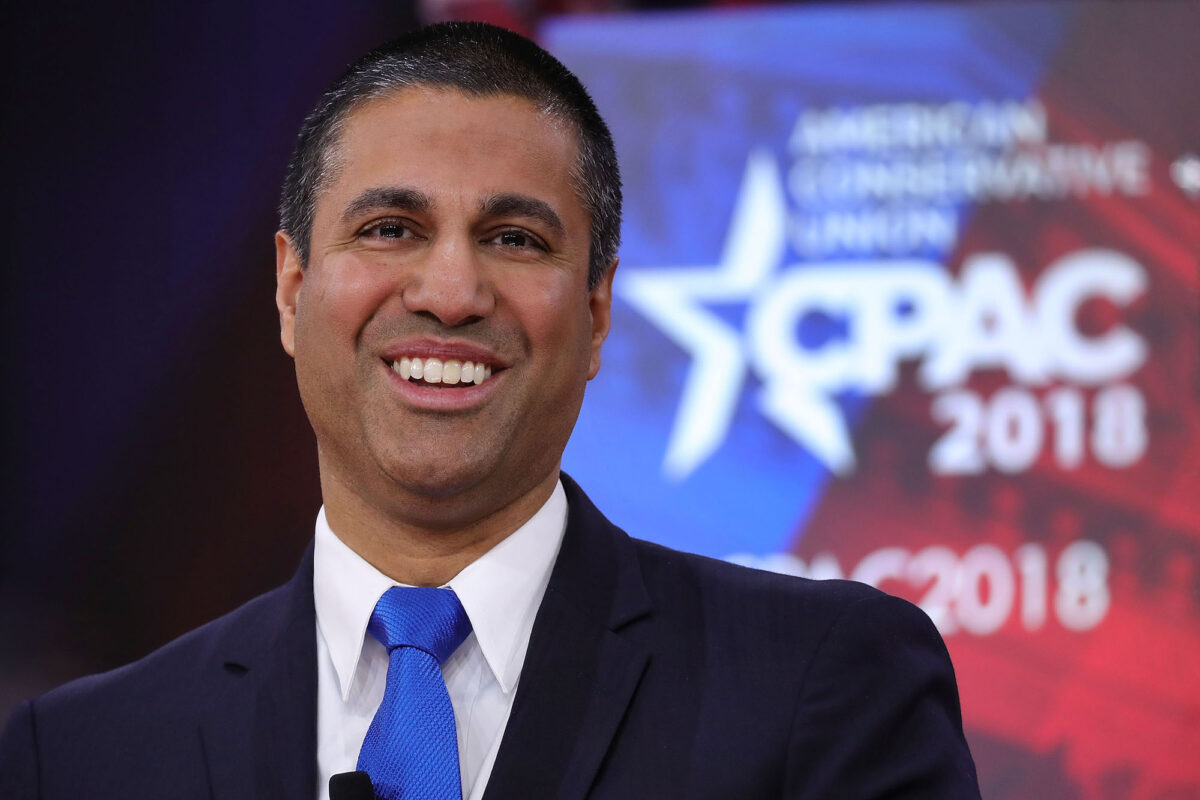 Federal Communications Commission (FCC) Chairman Ajit Pai on Monday announced that he will resign on Jan. 20, 2020, the day of the presidential inauguration.

Pai, a Republican, was nominated to the FCC in 2012 by then-President Barack Obama at the recommendation of Senate Majority Leader Mitch McConnell (R-Ky.). In 2017, he was appointed chairman by President Donald Trump to replace Tom Wheeler, who stepped down upon Trump’s inauguration.

“It has been the honor of a lifetime to serve at the Federal Communications Commission, including as Chairman of the FCC over the past four years,” Pai said in a statement. “To be the first Asian-American to chair the FCC has been a particular privilege. As I often say: only in America.”

Pai highlighted his accomplishments in closing the “digital divide” and advancing 5G wireless internet service across the nation. Under his leadership, the FCC has also removed a series of restrictions on local media ownership, including a 1975 cross-ownership rule that prohibits a single company from owning a newspaper and a broadcast station in the same market.

The Republican-led FCC is most notable for the elimination of net neutrality rules adopted under the Obama administration. In 2017, the agency voted to deregulate broadband companies like Comcast and Verizon, allowing them to block, slowdown, or charge consumers higher fees to access certain websites and online services, as long as they disclose information regarding their network management practices. In 2019, the Supreme Court upheld the FCC’s repeal of net neutrality rules, which Trump described as “a great win for the future and speed of the internet.”

Pai has also launched a rulemaking process to modify Section 230, which gives immunity to tech platforms for how they moderate third party content, as part of the Trump administration’s effort to counter the alleged anti-conservative bias and censorship from social media giants like Facebook, Google, and Twitter.

“This FCC has not shied away from making tough choices,” Pai wrote. “As a result, our nation’s communications networks are now faster, stronger, and more widely deployed than ever before.”

Pai’s departure leaves an even split on the commission, meaning that whoever becomes the president next year will decide which party has the majority. The FCC currently has two Democrats, Jessica Rosenworcel and Geoffrey Starks, and two other Republicans, Michael O’Rielly and Brendan Carr. In August, Trump withdrew the nomination of O’Rielly to serve another term, and instead, nominated Nathan Simington to fill O’Rielly’s seat. The Senate has yet to confirm Simington’s nomination.