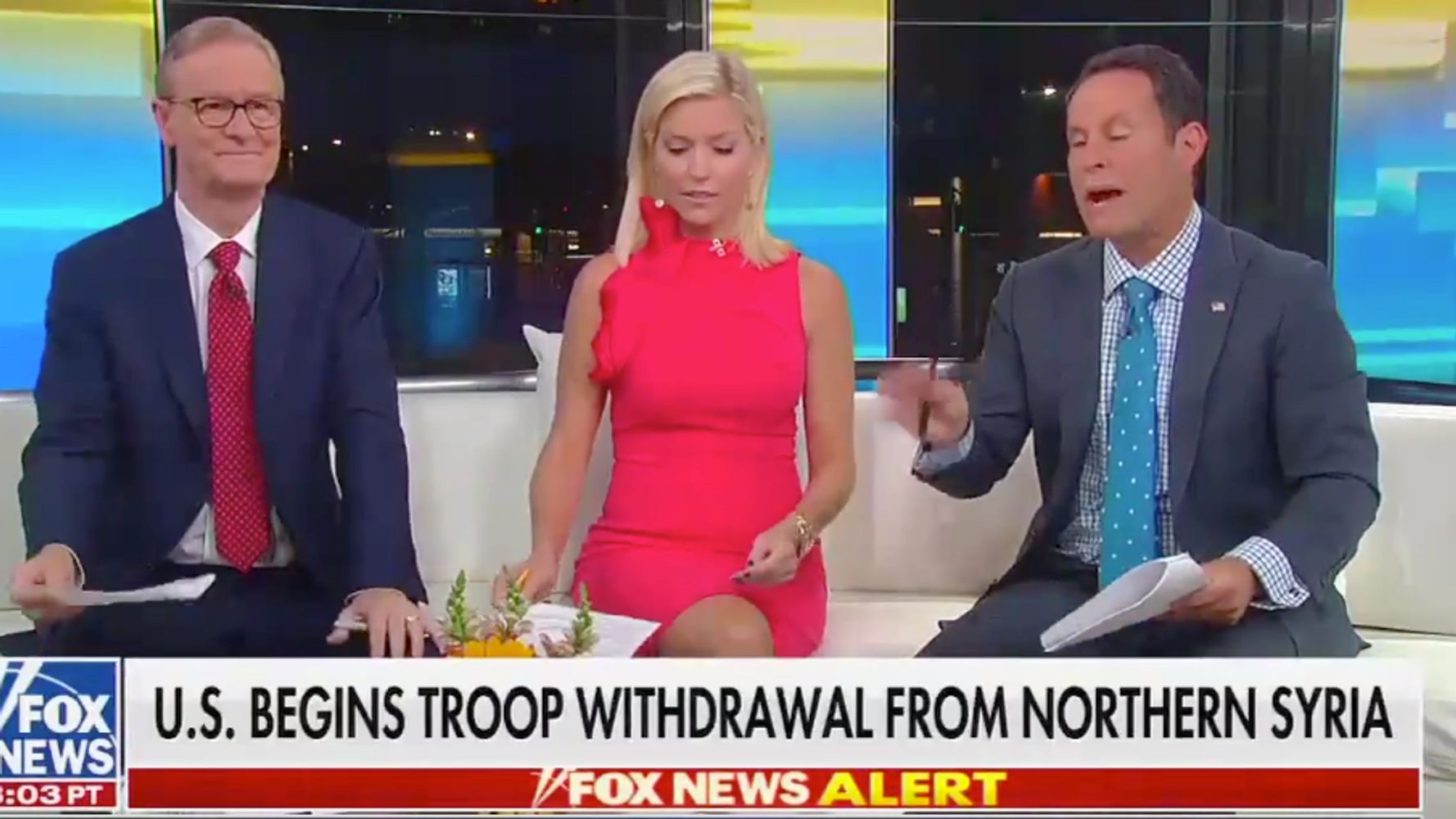 The White House announced on Sunday that Turkey would soon invade northern Syria, putting the Kurdish fighters ― an ethnic group led by the Syrian Democratic Forces who have been longtime allies with the U.S. campaign against the Islamic State group ― on unsure ground.

U.S. troops “will not support or be involved in the operation” and “will no longer be in the immediate area,” White House press secretary Stephanie Grisham said in a statement after a call between Trump and Turkish President Recep Tayyip Erdogan.

Turkey will take custody of foreign fighters captured in the U.S.-led campaign against the Islamic State held by American-supported Kurdish forces, Grisham added.

Turkey sees Kurdish forces as a terrorist insurgency, and has long wanted the U.S. to sever ties with the group.

Trump announced in December 2018 that he’d be withdrawing troops from Syria, but relented after fierce criticism. The announcement led Jim Mattis to resign as defense secretary and then-national security adviser John Bolton to take steps attempting to protect the Kurds.

Trump’s new decision to abandon the Kurds has already sparked backlash beyond Fox News. A Syria Kurdish official told NBC that “the Americans are traitors.”

“They have abandoned us to a Turkish massacre. We can no longer fight against ISIS and have to defend ourselves. This could allow ISIS to return to the region,” the official said.

“The thing I believe is if you make a commitment and someone is fighting with you, America should keep its word,” McCarthy said.

Sen. Lindsay Graham (R-S.C.) also called into the show to say that Trump’s “impulsive” and “irresponsible” decision to abandon the Kurds has “undone all the gains we’ve made” and “thrown the region into further chaos.”

“If I’m an ISIS fighter, I’ve got a second lease on life,” said Graham, normally one of the president’s most vigorous defenders. “To those who think ISIS has been defeated, you will soon see.”

He added: “I like President Trump. I’ve tried to help him. This to me is just unnerving to its core. To say to the American people, ’ISIS has been destroyed in Syria’ is not true.”