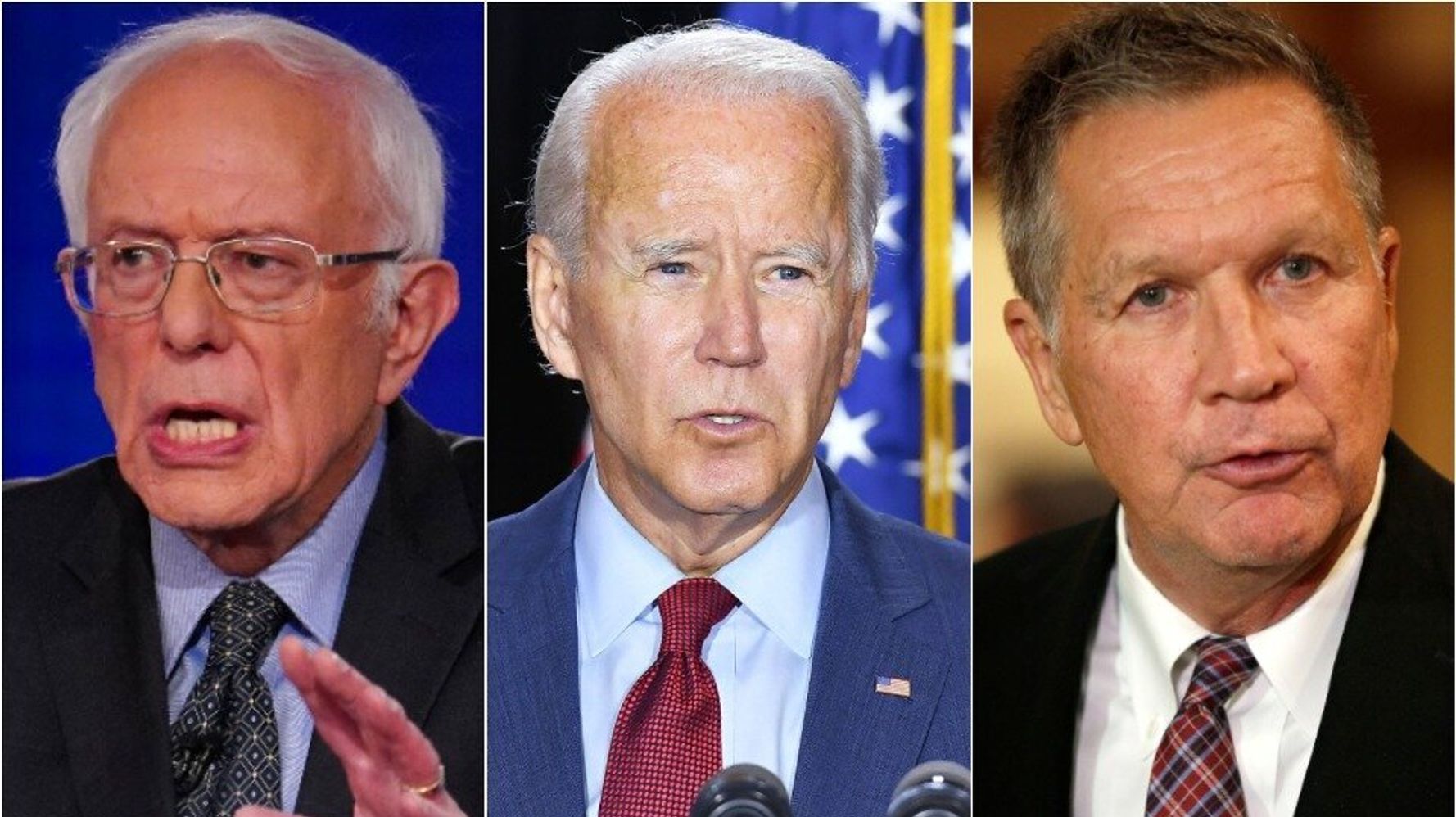 On Monday night, both men are scheduled to speak in support of former Vice President Joe Biden at the Democratic National Convention, an intentional pairing that will broadcast the ideological diversity of the anti-Donald Trump coalition lining up behind Biden as he heads into the final months of the 2020 presidential campaign.

But it may also highlight the small cracks that are already beginning to show and the full-on fractures that could form as soon as Biden wins and begins trying to pass his agenda and the Democratic Party attempts to secure a sustainable hold on Congress.

“John will do his thing. I will do my thing. I expect they’ll be different types of speeches, but we are united,” Sanders told NBC’s “Meet the Press” Sunday when asked about sharing the convention spotlight with Kasich. “We are united in the understanding that Trump has to be defeated, and Biden has to be elected.”

Nearly every member of the coalition acknowledged that there’s one man holding it together, and his name is not Biden. Sanders, for instance, acknowledged on ABC’s “This Week” that “a lot of my supporters are not enthusiastic about Joe Biden.”

“There’s one word that describes why we’re able to build this coalition, and that’s Trump,” said Lanae Erickson, a senior vice president at the Democratic centrist group Third Way, which often warns Democrats about the political dangers of alienating moderates.

The coronavirus pandemic — with its accompanying recession — and the racial justice reckoning spurred by the death of George Floyd have only increased the urgency of a temporary unification between progressives eager for a massive overhaul of the American economy and conservatives whose complaints about Trump are limited to his behavior and violations of political norms.

“I think we should be really clear-eyed about the nature of the coalition. It includes both neoconservatives and Democratic socialists,” said Maurice Mitchell, the national director of the progressive Working Families Party. “I think the overlapping and intersecting crises that we’re trying to manage have made a lot of the organizing that the Biden campaign has to do easier.”

In the short term, the coalition seems difficult to break. A Pew Research Center poll released Friday found a 56% majority of Biden backers gave a simple reason for their support: He wasn’t Donald Trump.

Biden and his new running mate, Sen. Kamala Harris (Calif.), have held a consistent and sizable lead in public polling ― the Pew poll gave Biden a 53% to 45% lead among registered voters. While the demographics of some swing states continue to provide Trump with a relative advantage, most surveys of those states show Biden winning.

Mitchell’s group, which backed Sen. Elizabeth Warren of Massachusetts in the Democratic primaries earlier this year, joined the Center for Popular Democracy ― which supported Sanders ― in announcing its endorsement of Biden on Thursday and announced plans to spend $7 million across seven swing states to help Biden ahead of November.

The Biden campaign continues to reach out to progressives after making several policy shifts to the left following the primary victory over Sanders. The campaign recently brought on longtime organizer Heather Booth, who helped lead the fight for the Consumer Financial Protection Bureau, to bolster its progressive outreach.

“We want your intelligence,” Booth told progressive organizers at the Netroots Nation conference last week. “Do you hear something that’s going on? Did we miss something? We want your advice.”

But dissent from the left is still prominent, even during a week designed to celebrate Democratic unity. More than 320 convention delegates signed a petition asking for Kasich to be removed from the program. There was widespread grumbling about the limited amount of time granted to Rep. Alexandria Ocasio-Cortez (N.Y.) and other progressives to speak at the convention. And even establishment-friendly Sanders backers such as Rep. Ro Khanna (Calif.) said they plan to vote against the party platform because it does not embrace Medicare for All.

The Biden campaign has so far seen more reason to woo moderate to conservative voters than it has to placate the few remaining leftist holdouts. The campaign spent millions on ads aimed at older voters, a bloc that turns out reliably but isn’t typically at the forefront of progressive policies. It mostly left outreach to younger voters and progressives in the hands of outside groups such as NextGen America.

But the real threat to Biden’s coalition could come after Jan. 20, 2021, should he win. That’s when Biden and congressional leaders will need to balance the need to confront the immediate pandemic-driven crisis with demands from interest groups to move on long-standing problems with the country’s immigration system, gun violence, a broken campaign finance system and countless other issues.

The Biden campaign pointed out that the former vice president has a history of building legislative coalitions and crafting compromise deals and predicted he would do the same as president.

“Building a broad, diverse and enduring coalition is not only critical in our efforts to defeat Donald Trump and unify the country, it is essential to governing successfully,” said Matt Hill, a Biden campaign spokesman. “Joe Biden has brought people of all stripes together throughout his entire career to deliver transformative results, and the Biden coalition will be central to empowering his presidency and achieving the most monumental change we have seen in generations.”

Still, both Erickson and Mitchell agree the key to keeping the coalition together will be actually passing legislation to deal with the pandemic, health care, a sputtering economy and racial unrest. “A government that can solve those crises will have deep and enthusiastic majorities of people supporting those governments,” Mitchell said of progressives.

Never-Trump Republicans such as Kasich — who continue to hold right-wing views on most major issues while opposing Trump — are not a major presence in the electorate. But the college-educated white voters with moderate views who have turned against Republicans in the Trump era were a key reason Democrats were able to make major gains in 2018 and have stuck with Biden in 2020. Holding on to their political loyalty will likely be key to keeping Biden popular and Democrats in power.

“They’re going to want Democrats to deliver what they promised, which is to get the pandemic under control. And if they can do that, they’re going to have a lot of leeway on a lot of other things,” Erickson said of suburban moderates.

That would lead to the ultimate test of the durability of a Biden-led coalition: the 2022 midterms, when Trump is guaranteed not to be on the ballot. While all parties struggle and lose seats during a president’s first midterm, Democrats experienced extinction-level events in 2010 and 2014 because of a lack of enthusiasm from their base voters, especially young people and voters of color.

Mitchell is already afraid of a repeat.

“My concern is if Biden wins, and the Democrats win the Senate and get a chance to govern, and they don’t do their level best to fix the problems that face working people, they won’t get another bite at the apple,” he said.