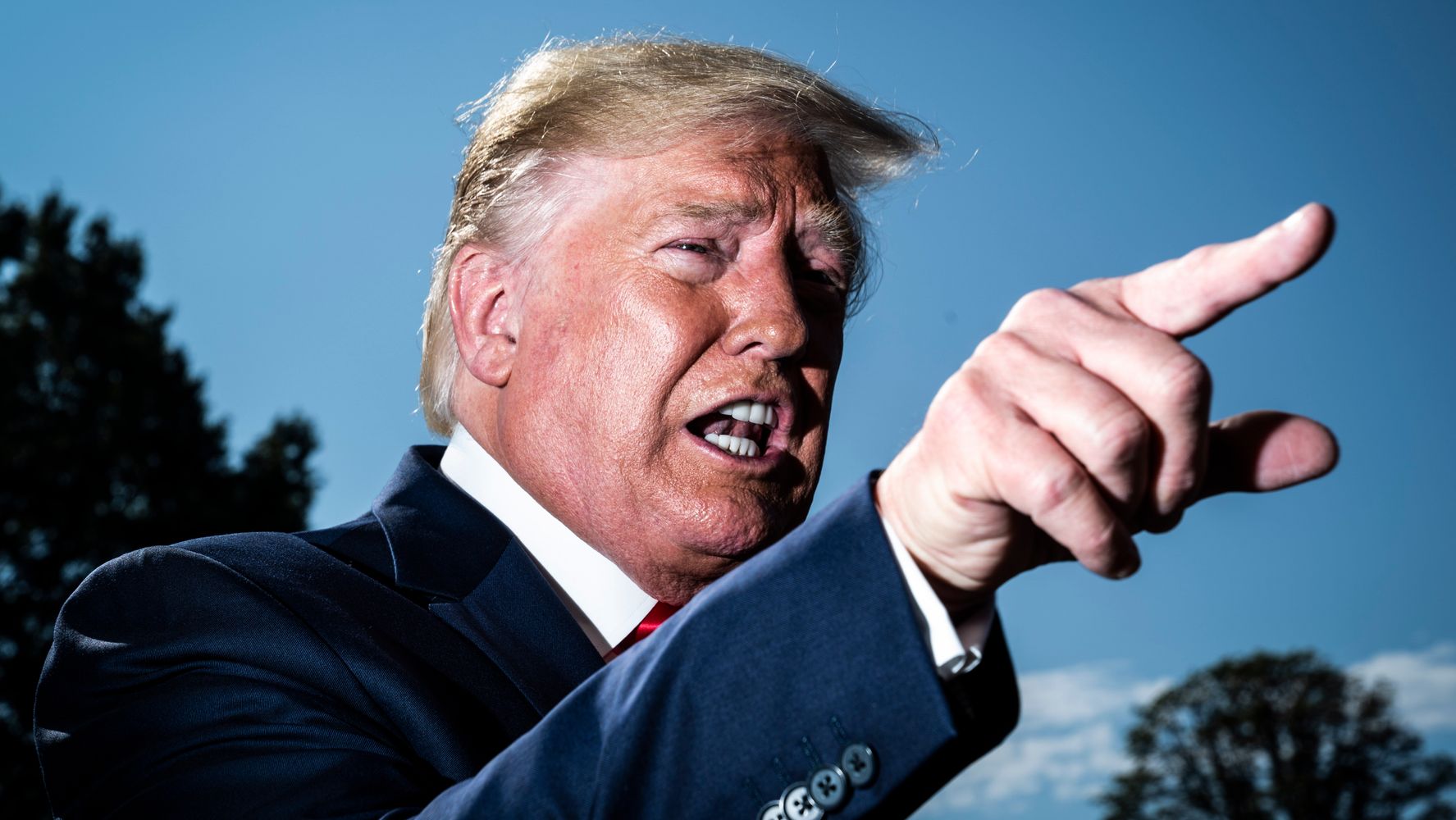 George Conway, husband of White House counselor Kellyanne Conway, was dumbfounded by the dig by a man with an astounding litany of jaw-dropping goof-ups.

Says the man who can’t spell, can’t think, can’t read a teleprompter, often babbles incoherently, confuses the Baltics with the Balkans, and thinks that “1000/24ths” signifies a fraction of less than one. https://t.co/vgm1Og0hL6

Trump told reporters he has watched the Democratic debates and claimed that “Joe Biden can’t answer a simple question. Something’s gone wrong with him.” He also said that “Joe’s not playing with a full deck,” referring to Biden’s gaffe Thursday in a speech that “poor kids” are just as smart as “white kids,” when he meant to say “wealthy” kids.

But Trump’s snipe occurred just days after the president mistakenly referred to a mass shooting in “Toledo,” instead of Dayton, Ohio, — and a month after he talked about airports in the Revolutionary War.

There was also the time he made up the country of “Nambia,” called Apple CEO Tim Cook “Tim Apple,” and referred to 7/11 when he meant to say 9/11. There’s much more — and that’s not to mention the countless misspellings that routinely pepper the president’s tweets.

Conway’s comment that Trump “thinks that ‘1000/24ths’ signifies a fraction of less than one” refers to the president’s slam last month at Sen. Elizabeth Warren of Massachusetts, another Democratic presidential contender. He used the fraction to denigrate the percentage of Native American blood she has. The figure was later changed to 1/1024th.

@realdonaldtrump is impugning the intelligence of ANYONE? Lol. pic.twitter.com/XIU3AYI2ax

Hey, in fairness, Trump did get to meet the Prince of Whales

And who thought Western Liberalism was referring to Democrats in California.

Trump says so many stupid and/or dishonest things that he gets a pass because of the sheer volume of them. If anyone else, especially Joe, misses a beat it is called “yet another gaffe,” and everyone piles on.