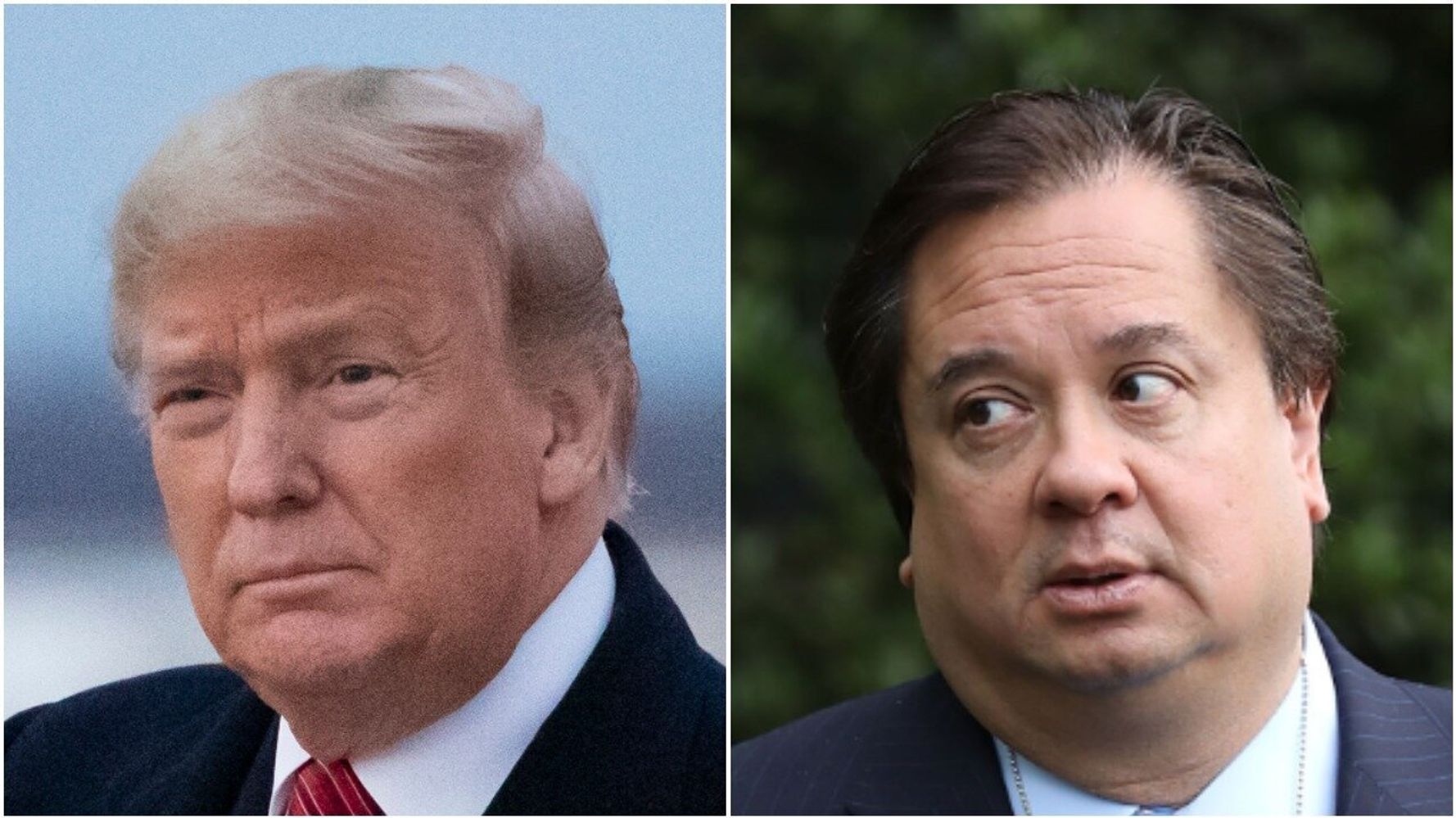 George Conway suggested Attorney General William Barr’s recent pushback against President Donald Trump and his “constant background commentary” was more likely a warning for the president to be more discreet than an attempt to uphold the Department of Justice’s integrity.

Conway, a fierce Trump critic and husband to presidential counselor Kellyanne Conway, penned a Washington Post op-ed published Saturday, after Barr complained in an ABC News interview on Thursday that the president’s commentary on and off Twitter makes it “impossible for me to do my job.”

“He wasn’t actually standing up for the Justice Department’s integrity, or its independence, or for the rule of law,” Conway said of Barr’s comments, which came after Trump thanked him in a tweet for “taking charge” of the case against Roger Stone. The tweet appeared to confirm that Barr had intervened to walk back Stone’s recommended sentence after Trump raged about the original recommendation for his longtime friend, who was convicted in November for witness tampering and lying to Congress.

Conway continued: “To the contrary, as his (and my) friend Fox News host Laura Ingraham put it, ‘Barr was basically telling Trump, don’t worry I got this.’ In other words, don’t blow this by calling attention to all that I do for you. Don’t say the quiet part out loud.”

(Ingraham, a devoted Trump defender, had mocked the media for pouncing on the “sexy story” of Barr breaking from Trump, saying that they’d “missed the fact” that Barr was actually telling the president he had his back.)

Citing an incident last year when the White House arranged for the name of the naval warship USS John McCain to be obscured before Trump’s visit to Japan, Conway argued that Trump’s subordinates had learned to deal with matters that could draw his ire preemptively.

“Anticipating Trump’s narcissistic whims and desires in just this fashion remains the key to survival in his administration, and outside the White House proper, no one does it better than Barr,” Conway wrote, highlighting the attorney general’s repeated interventions on the president’s behalf.

Democrats and more than ﻿1,000 former DOJ officials have called for Barr’s resignation over his actions, which they have labeled a threat to democracy.

Other Trump critics had warned that Barr’s pushback should be taken with a grain of salt. Several lawmakers, political pundits and news hosts suggested the comments may have been a coordinated attempt between him and the president to limit the fallout over Stone’s botched sentencing.

Conway says Barr tried to communicate a hidden meaning to the president with his critique but warns the message will fall on deaf ears.

“But the president will never listen, and what Barr does for him will never be enough,” Conway concluded.

“So Trump wants to say the quiet part out loud; he wants to say he’s got this. And there’s no one to stop him now.”