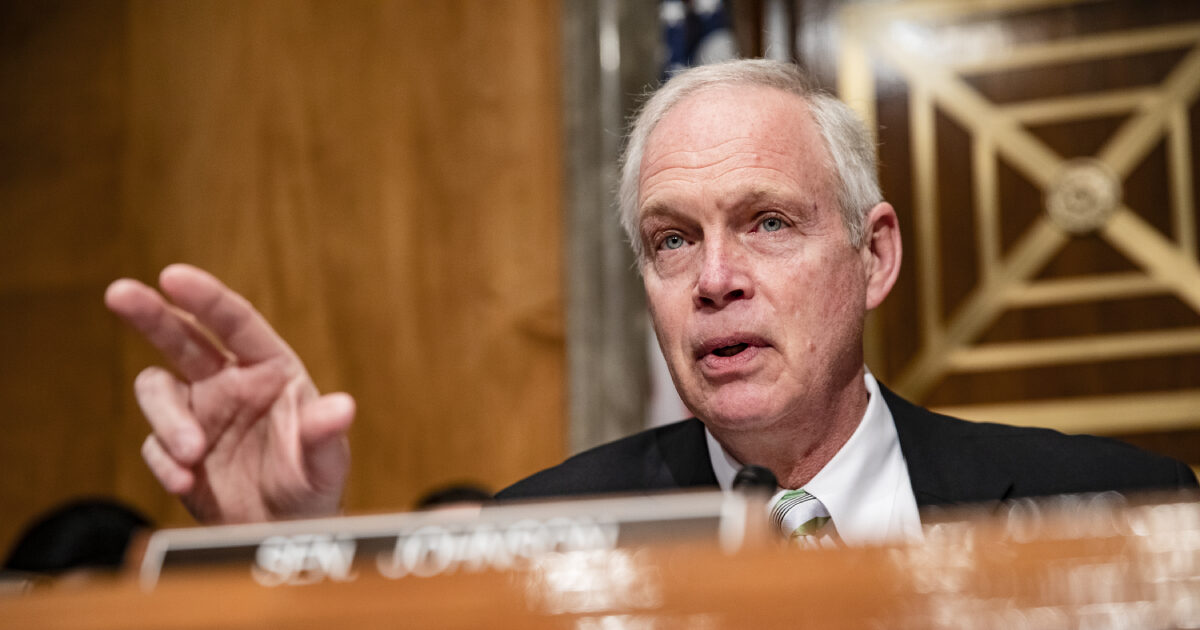 Sen. Ron Johnson (R-Wis.), the chairman of the Senate Committee on Homeland Security and Governmental Affairs, has issued a subpoena to the FBI requesting records relating to the origins of the Trump-Russia investigation.

The subpoena, addressed to FBI Director Christopher Wray, calls for a designated bureau representative to appear before a Senate committee on Aug. 20 and produce “all records related to the Crossfire Hurricane investigation,” as the FBI’s probe into the Trump campaign in the context of Russian interference in the 2016 election is known.

The subpoena requests no testimony, only documents.

“This includes, but is not limited to, all records provided or made available to the Inspector General of the U.S. Department of Justice for its review,” states the subpoena, which is signed by Johnson.

The review, carried out by Justice Department (DOJ) Inspector General Michael Horowitz, included an examination of abuses related to surveillance applications under the Foreign Intelligence Surveillance Act (FISA). Horowitz found that the FBI’s applications to surveil former Trump campaign associate Carter Page contained 17 significant errors or omissions. While the watchdog detailed extensive evidence of bias among the key officials conducting the Russia probe, he found insufficient evidence to establish that the bias played a role in any investigative decisions.

The FBI’s investigation was eventually taken over by special counsel Robert Mueller, who probed allegations of collusion between the Trump campaign and Russia to sway the 2016 presidential election. Mueller ultimately didn’t establish any such collusion.

The FBI said in a statement that it’s in receipt of the subpoena, and that the bureau has been producing documents and information for the committee.

“As always, the FBI will continue to cooperate with the committee’s requests, consistent with our law enforcement and national security obligations,” the statement said.

In June, the panel voted to authorize Johnson to issue subpoenas as part of its inquiry into Crossfire Hurricane. The authorization also covers the ability to issue subpoenas to the State Department for records relating to the agency’s contacts with ex-British intelligence officer Christopher Steele, who compiled the anti-Trump dossier that was used in the FISA warrant applications and featured prominently in the IG’s report into investigative abuses.

“We determined that the Crossfire Hurricane team’s receipt of Steele’s election reporting on Sept. 19, 2016, played a central and essential role in the FBI’s and Department’s decision to seek the FISA order,” the IG said in the report (pdf).

White House chief of staff Mark Meadows said in July that he expects a separate probe into the origins of the FBI’s Trump-Russia investigation to produce both damning documents and criminal indictments.

“You’re going to see a couple of other documents come out in the coming days that will suggest that not only was the campaign spied on, but the FBI did not act appropriately as they were investigating,” he said. “It’s all starting to unravel, and I tell you, it’s time that people go to jail and people are indicted.”

Meadows was referring to the probe by U.S. Attorney John Durham, who was assigned by Attorney General William Barr in early 2019 to investigate the origins of the FBI’s counterintelligence probe of the Trump campaign.

Durham’s probe was designated a formal criminal investigation later in 2019.