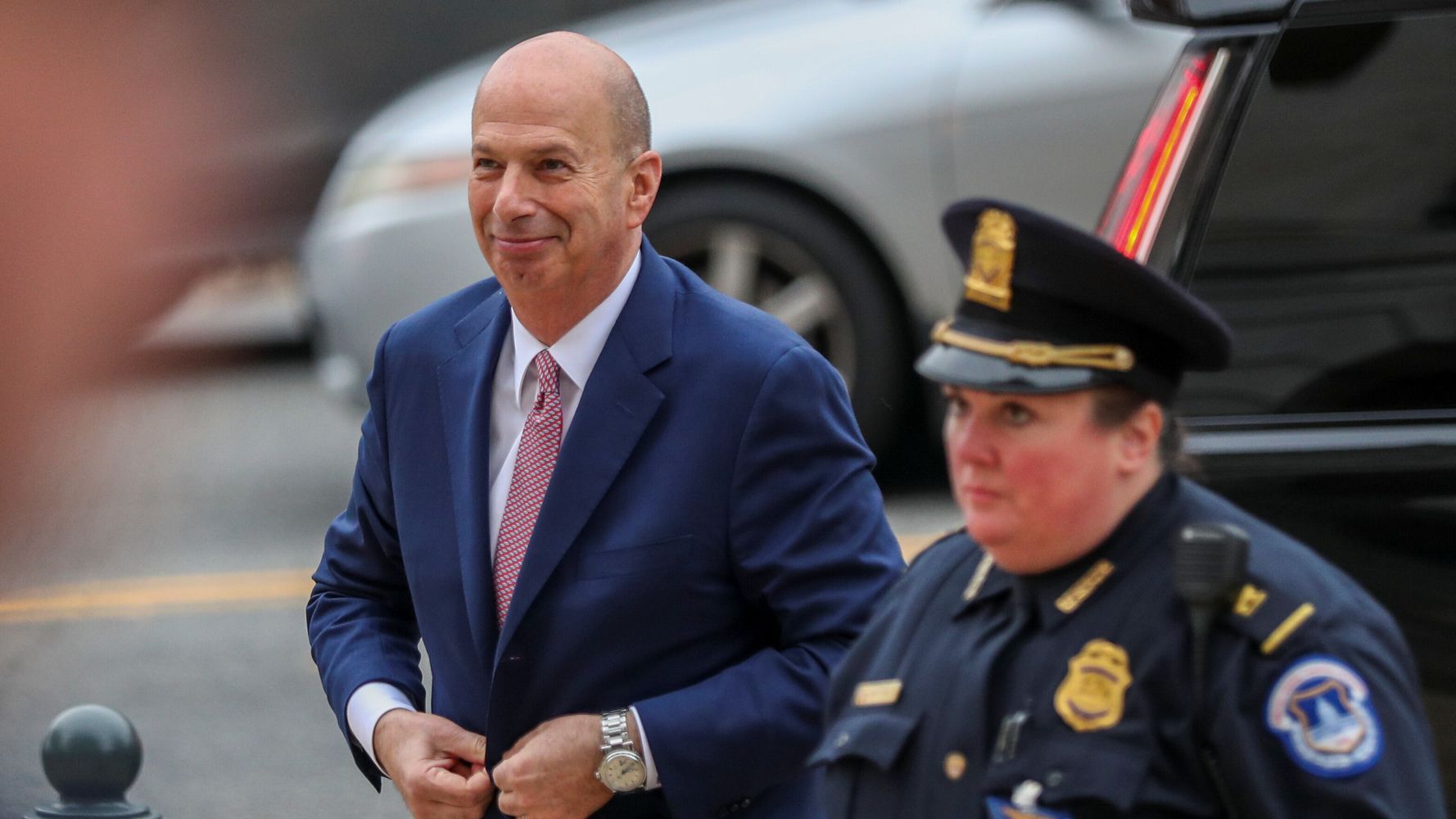 WASHINGTON ― In devastating testimony before the House Intelligence Committee, the hotel executive President Donald Trump appointed as an ambassador after he donated $1 million to Trump’s inauguration said that Trump gave him “express direction” to work with Rudy Giuliani, who was pressuring Ukraine to announce an investigation of former Vice President Joe Biden’s son.

“Everyone was in the loop,” Trump donor turned Ambassador Gordon Sondland said. “It was no secret … the suggestion that we were engaged in some irregular or rogue diplomacy is absolutely false.”

Sondland, who testified against the wishes of the Trump administration, implicated Trump and a number of top administration officials in what he acknowledged was a “clear quid pro quo” scheme to exchange official acts for millions of dollars in U.S. government funds. Sondland said Giuliani, who spoke for the president, wanted Ukrainian President Volodymyr Zelensky to announce an investigation into the company Burisma, which included Hunter Biden on its board.

“He didn’t actually have to do them, as I understood it,” Sondland testified, confirming that the key interest of the Trump administration was a public announcement that would damage Biden’s campaign rather than an actual investigation aimed at combating corruption.

But Sondland insisted that he didn’t realize why, exactly, figures like Giuliani were so focused on Burisma, despite contemporaneous news accounts tying a Burisma investigation to Biden. He said it was only with the benefit of “20/20 hindsight” that he recognized that having the Ukrainian government announce an investigation into Burisma would benefit Trump’s 2020 presidential campaign by hurting Biden’s campaign.

Sondland said he kept key figures, including Secretary of State Mike Pompeo, informed about his activities. He said Trump was clearly interested in “the investigations” but said Trump never told him directly that a Zelensky-Trump meeting or millions of dollars in U.S. military aid to Ukraine were conditioned on announcing the investigation. However, he said that was his “presumption” based on how things played out.

Sondland claimed once again that he wasn’t happy with “the president’s orders” to involve Giuliani in foreign policy, but did so because he was trying to problem-solve and believed it was important to support the Zelensky administration’s anti-corruption efforts as well as get the delayed military aid flowing to Ukraine. Sondland said he was trying to “break the logjam” by having Zelensky issue a statement.

Although Sondland said it was clear that Trump was interested in the investigations, he said he “never heard from President Trump that aid was conditioned on an announcement of investigations.” But even after talking to Trump, Sondland remained “absolutely convinced” that Ukraine wouldn’t get the aid until it announced an investigation into Burisma.

“President Trump was not really interested in engaging, he wanted Rudy to handle it,” said Sondland, referring to Trump’s lawyer whom other White House officials have placed at the center of the Ukraine scheme.

Sondland claimed that he “would not have acquiesced” to Giuliani’s involvement in foreign affairs “if he had known of all of Mr. Giuliani’s dealings or of his associations with individuals now under criminal indictment,” referring to indicted Giuliani associates Lev Parnas and Igor Fruman.

This article has been updated with additional details from Wednesday’s hearing.