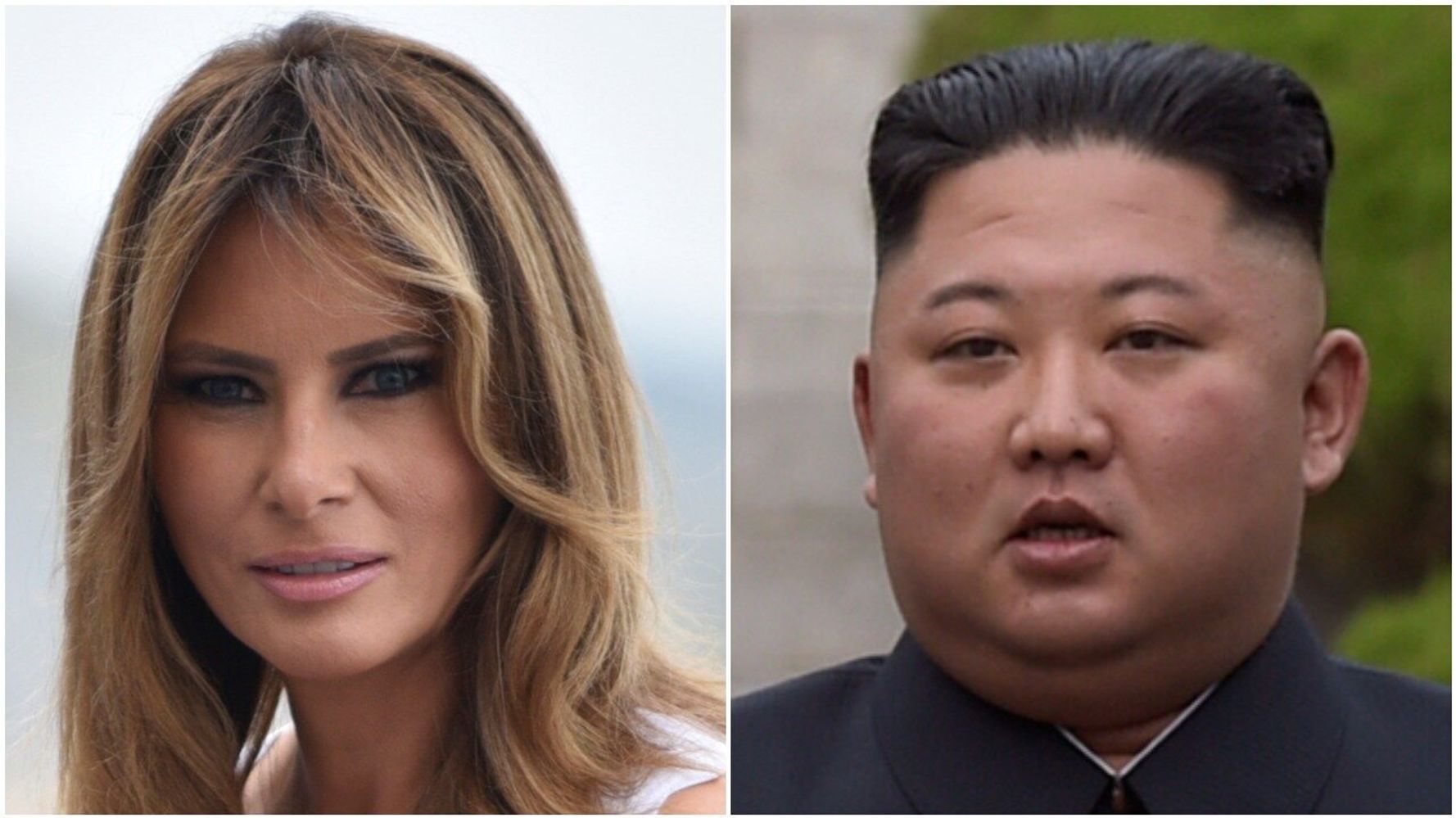 President Donald Trump claimed on Monday that first lady Melania Trump had “gotten to know” North Korean dictator Kim Jong Un despite the fact that she wasn’t present at any of the three meetings between the two leaders.

“I also say that, by the way, with respect to North Korea, Kim Jong Un, who I’ve gotten to know extremely well ― the first lady had gotten to know Kim Jong Un, and I think she’d agree with me ― he is a man with a country that has tremendous potential,” Trump said during a news conference at the Group of 7 summit in Biarritz, France.

White House press secretary Stephanie Grisham issued a statement several hours later to clarify Trump’s comments were intended to suggest the first lady had come to know Kim through hearing about him from her husband.

“President Trump confides in his wife on many issues including the detailed elements of his strong relationship with Chairman Kim,” she said. “And while the first lady hasn’t met him, the president feels like she’s gotten to know him too.”

Trump first met with Kim in June 2018 in Singapore, at which time the president said his wife would not attend for medical reasons.

Before their second meeting earlier this year in Hanoi, Grisham ― then a spokesperson for the first lady ― confirmed she would not attend.

And, most recently, when Trump met with Kim at the demilitarized zone between North and South Korea, his daughter Ivanka and son-in-law Jared Kushner were present, but his wife was not.

A fact check published by CNN found that Trump made eight false claims during Monday’s G-7 news conference and a further five claims considered “misleading, questionable or lacking in context.”

China’s Foreign Ministry Representative ‘Not Aware’ Of Calls To U.S. About Trade Talks