Here’s A Key Aspect Of Impeachment Weighing On The Minds Of Democrats. 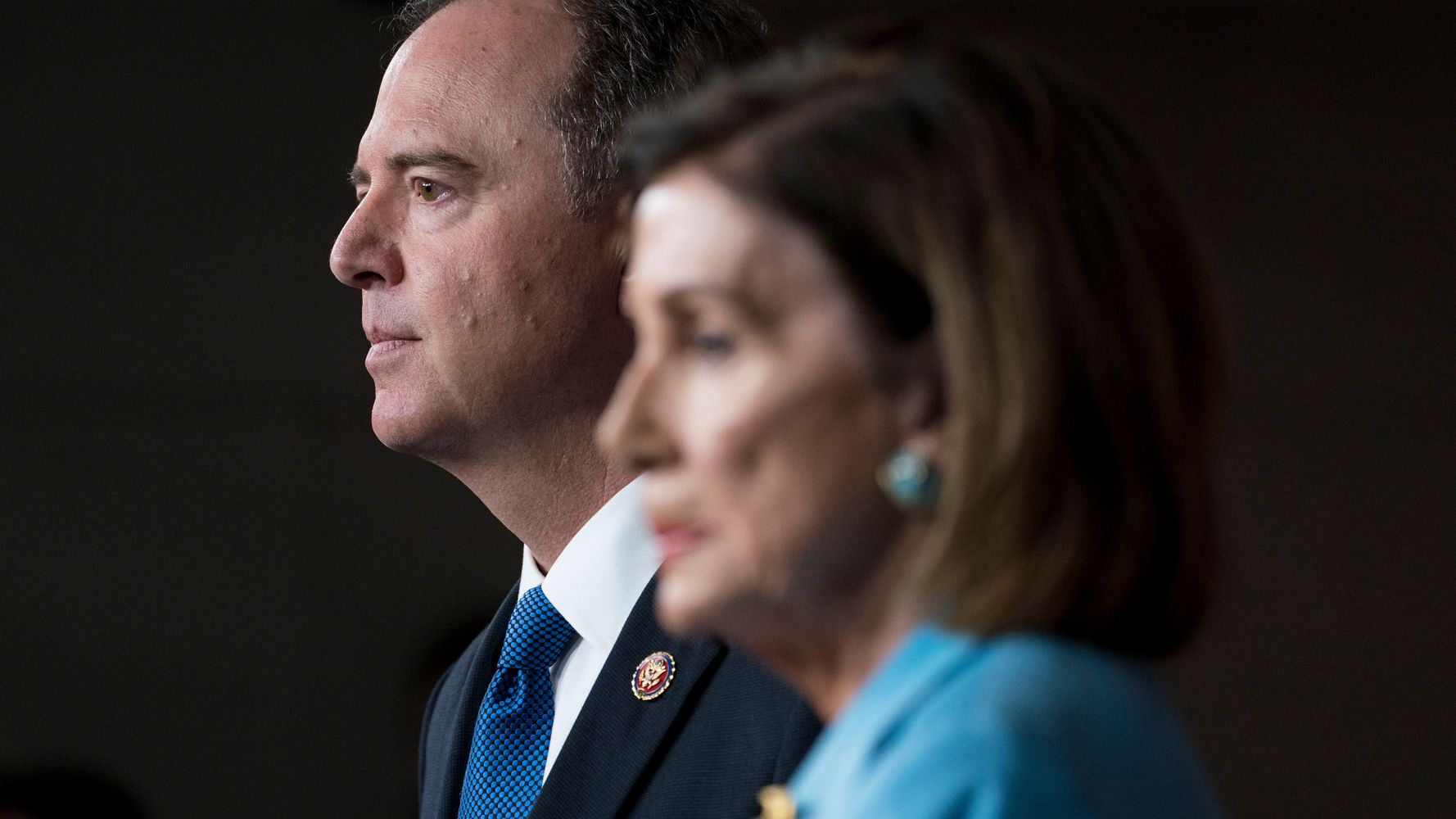 As House Democrats move closer to impeaching President Donald Trump, a key consideration is increasingly foremost in the minds of party leaders: time.

Before an audience of reporters and live TV cameras on Thursday, Trump invited China and, once again, Ukraine to open investigations into former Vice President Joe Biden and his son Hunter on corruption claims that have been widely debunked. It was a sideshow that we’ve seen before ― Trump trying to take the sting out of his abuse of his office by broadcasting them in broad daylight.

But for Democrats watching the comments, it once again underscored the need to move fast on the impeachment inquiry. And that means quickening the probe into Trump’s July phone call with Ukraine’s president in which he seemed to tie the delivery of U.S. to that country investigating the Bidens.

“We have to expedite the investigation (into the call) if for no other reason than there’s an ongoing scheme affecting national security right now,” Rep. Raja Krishnamoorthi (D-Ill.), who serves on the Intelligence Committee, told HuffPost Thursday.

Krishnamoorthi said time has to be a consideration “to the extent that we have to stop whatever is happening at the highest levels of government to endanger our national security.”

While Republicans have struggled to rally behind a unified message, some GOP lawmakers have turned to nitpicks about how fast Democrats intend to move on impeachment.

“House Democrats are only concerned with speed — not facts,” House Minority Leader Kevin McCarthy (R-Calif.) tweeted on Wednesday. “Their impeachment efforts have always been a political pursuit to undermine the will of the American people.”

Disregarding the empty talking point in the second sentence ― for one, most  Democratic leaders were opposed to impeachment until word of the Ukraine call surfaced last week ― McCarthy is right that Democrats are thinking about the speed of these proceedings. And Trump now may have given Democrats their most compelling reason yet to move swiftly: The scandal is ongoing.

Up until Thursday, Democrats had wanted to balance the desire to move decisively in response to Trump pressuring a foreign leader to investigate a chief political rival with a methodical investigation that could build support for impeachment. They still don’t want to talk about a deadline for the proceedings because they want to go, as any good politician will tell you, where the facts lead them.

But make no mistake: They know time is a factor, especially now.

Intelligence Committee Chairman Adam Schiff (D-Calif.) said Wednesday that his panel, which is leading the investigation into the July 25 phone call between Trump and Ukrainian President Volodymyr Zelensky, is “not fooling around.”

Instead, Democrats admitted privately that they were aiming to vote on impeachment by Thanksgiving ― or even sooner.

“I believe there’s going to be a resolution before Thanksgiving,” Rep. Ro Khanna (D-Calif.) told HuffPost on Wednesday, adding that they at least needed to “wrap this up” by January.

Such a schedule aligns with the desire among Democrat to avoid having a drawn-out impeachment process go deep into 2020 and overshadow key parts of the presidential race.

Khanna added that the investigation Schiff’s committee is conducting into Trump’s Ukranian call “shouldn’t take precedence over moving expeditiously” because “the material facts are not in dispute.”

Democrats already have the advantage of the White House’s rough transcript of the call. Republicans can argue the conversation doesn’t rise to the level of impeachment, but they’ll have a hard time convincing fair-minded voters that Trump didn’t pressure Zelensky to investigate the Bidens. It’s right there in the transcript. And one of Trump’s arguments has been that such behavior is perfectly acceptable.

In that sense, Democrats really don’t need more of an investigation. They’d love to understand who played what role in concealing the phone call, and what involvement Trump’s personal lawyer, Rudy Giuliani, and Attorney General William Barr have played in applying pressure on Ukraine, but those details are not all that significant in determining whether Trump committed a wrongdoing.

As Khanna said, “A 10th grader can figure this out. It really comes down to whether the [president’s call] is ‘perfect’ (as he’s insisted), or if it’s an abuse of office.”

The elements and the basic facts are staring at us in the face. So there’s no need to delay this just to slow down or create the appearance of extra consideration.
Rep. Jared Huffman (D-Calif.)

Krishnamoorthi did note that plenty of unanswered questions remain. The complaint by an intelligence community whistleblower that first drew wide attention to Trump’s Ukraine call included allegations that various administration officials sought to cover up the conversation, and the Intelligence Committee wants to look into that.

The panel also wants to know whether Trump privately pressured other countries to help him damage political rivals, whether White House staff were regularly (and improperly) putting politically damaging information onto codeword-classified servers, exactly how hard did Trump lean on Ukraine and who else was involved in this effort.

All of those are worthy questions. But Democrats stress that they don’t need every answer before the Intelligence Committee moves a recommendation to the Judiciary Committee, which then would vote on impeachment.

With Trump seemingly determined to pressure even more countries into opening investigations into the Bidens — as his message to China on Thursday makes crystal clear, the need to move quickly is becoming even more compelling.

And Schiff drew a line on Wednesday, saying that if the White House doesn’t cooperate with his committee’s subpoenas, it would consider that it obstruction of justice ― its own impeachable offense.

“The elements and the basic facts are staring at us in the face,” Rep. Jared Huffman (D-Calif.) told HuffPost on Thursday. “So there’s no need to delay this just to slow down or create the appearance of extra consideration.”

Huffman added that he was sure Republicans would love Democrats to dawdle. “One of their problems is they haven’t figured out a strategy, and they would love the House to slow down so they can figure out what to do,” he said. “They’re improvising right now, they’re vamping, and they’re all over the map.”

“But,” Huffman added, “if the facts are there, we need to call the question.”