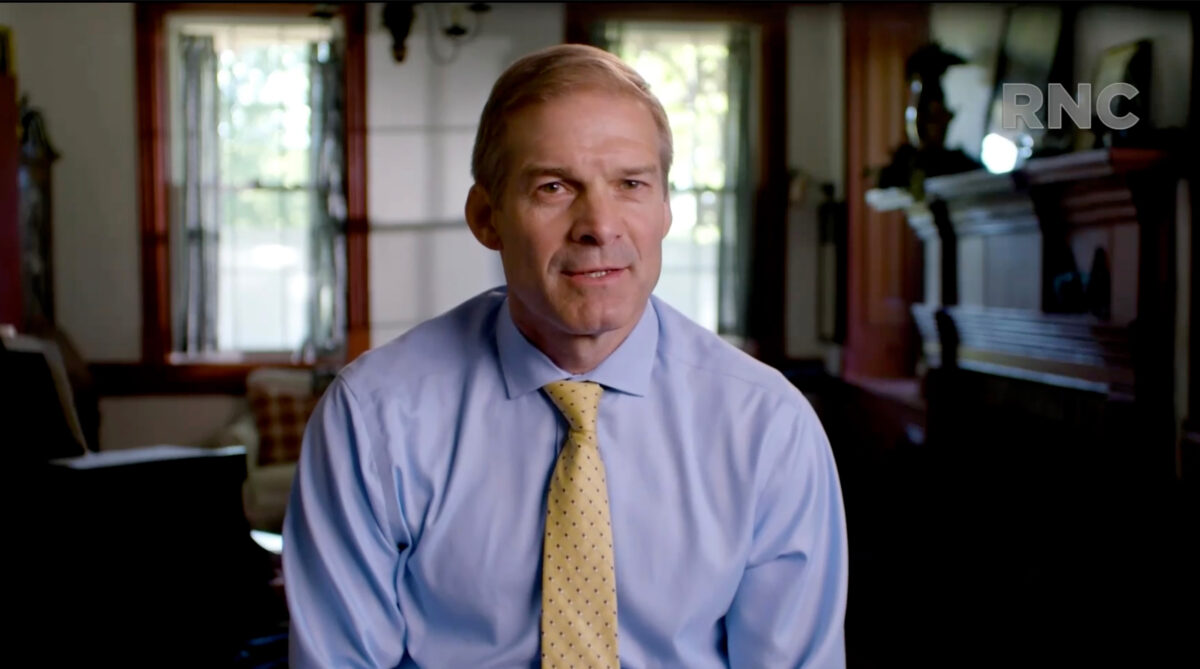 “Any attempt to increase the number of Justices of the Supreme Court of the United States or ‘pack the court’ would undermine our democratic institutions and destroy the credibility of our nation’s highest court,” the bill states.

It comes after Trump on Monday said he is considering a woman judge to replace liberal icon Ginsburg and will announce the nominee on Saturday at the White House. Ginsburg died on Sept. 18.

The president’s pledge to replace Ginsburg’s seat prompted some Democrats to call for the expansion of the number of justices on the court, although Democratic presidential candidate Joe Biden has refused to say whether he would back the push to pack the court.

If Sen. McConnell and @SenateGOP were to force through a nominee during the lame duck session—before a new Senate and President can take office—then the incoming Senate should immediately move to expand the Supreme Court. 1/2 https://t.co/BDYQ0KVmJe

“The Republicans control the Senate, we control the White House, the president is following the law submitting a nominee to the Senate, the Senate is going to move forward with that nomination just like the Constitution says,” Jordan told Fox Business’s “The Evening Edit” on Sept. 22, explaining the resolution.

“So the Democrats say, if you do that and we win back power, we’re going to change the rules. We’re going to add six new people to the court,” he continued. “The court has been at nine for 151 years, so this is ridiculous. I think the American people understand that.”

“I think every single Republican in the House will probably sign on to this. As I said every single republican on the Judiciary Committee already has,” Jordan added. “This is that kind of document. It helps create the debate, and make the argument, even bigger for the country to understand what the Democrats are trying to do.”

The number of justices on the Supreme Court has changed over time.

The first version included just six justices. About 20 years later, the number was reduced to five, but soon increased back to six.

In 1807, Congress added a seventh justice. Several others were added in the 1800s, bringing the number to 10.

The current number has remained the same since 1869, under the Judiciary Act.

President Franklin D. Roosevelt, a Democrat, tried to add justices in the 1930s because he was upset with Supreme Court rulings. Ginsburg in 2019 said it was a “bad idea” when Roosevelt attempted to do so, the resolution argues, noting that the liberal icon said it would “make the court look partisan.”

The bill that would have added six seats was shot down by the Senate Judiciary Committee.

“The bill is an invasion of judicial power such as has never before been attempted in this country,” the committee wrote in a report at the time.

The resolution highlights a previous July 2019 statement from Biden stating that he does not support adding seats to the Supreme Court.

“I’m not prepared to go on and try to pack the court, because we’ll live to rue that day,” he said last year.

At an event the next month, he added: “I don’t think you can start to fool around with changing the structure of the Constitution legislatively. We tried the court-packing piece under Roosevelt. Even the Democrats opposed it at the time.”