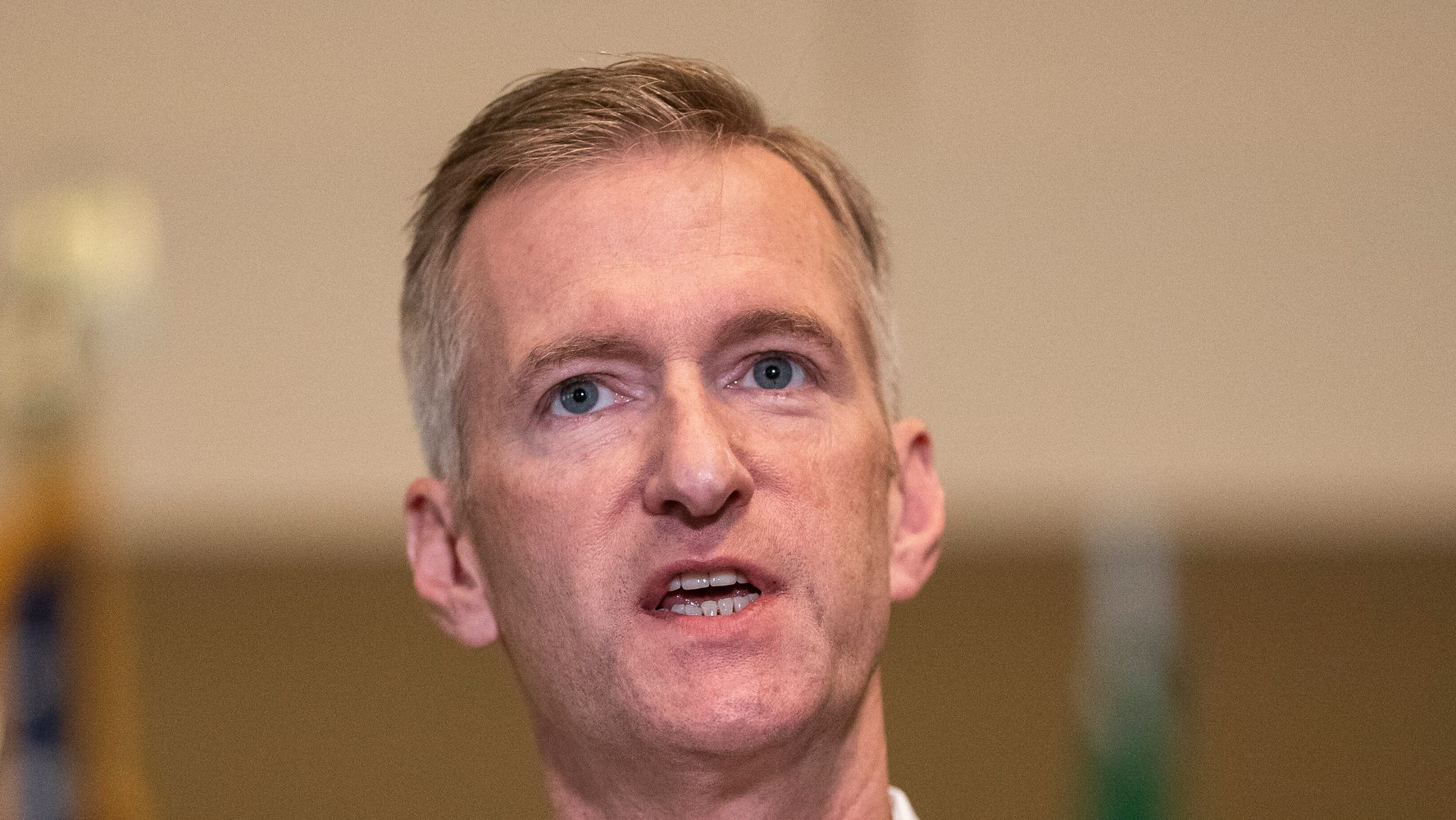 Ted Wheeler, the mayor of Portland, Oregon, furiously unleashed on President Donald Trump at a news conference Sunday, accusing him of deliberately inciting the violence tearing his city apart

“What America needs is for you to be stopped,” he said.

“You’ve tried to divide us more than any other figure in modern history,” the Democratic mayor told Trump in an impassioned statement. “And now you want me to stop the violence that you helped create.”

Wheeler complained about Americans being subjected to Trump’s “racist attacks on Black people,” “sexist attitudes” toward women, his “mocking” of a disabled man” and labeling Mexicans “rapists.”

“Do you seriously wonder, Mr. President, why this is the first time in decades that America has seen this level of violence? It’s you who have created the hate and division. … It’s you who claimed white supremacists are good people,” Wheeler said.

Wheeler spoke after the fatal shooting Saturday night of a member of the far-right Patriot Prayer group, who died after Trump supporters drove a convoy of pickup trucks through Portland. Passengers in the convoy shot paintball guns at and pepper-sprayed protesters and pedestrians.

The shooting victim has not yet been officially identified.

Black Lives Matter protests have taken place daily in the city since the May police killing of George Floyd in Minneapolis.

“My heart goes out to the family and the friends of the man who was killed last night on the streets of our city,” Wheeler said. “I mourn with you. I stand here … [to] denounce the violence. The tragedy of last night cannot be repeated. It doesn’t matter who you are or what your politics are. We have to all stop the violence.”

Trump on Sunday hailed convoy participants as “Great PATRIOTS” in a tweet from the golf course. The scene he retweeted of the convoy was posted by white supremacist and “Pizzagate” conspiracy theorist Jack Posobiec, appearing to substantiate Wheeler’s point in real time.

Another Trump tweet called Wheeler “wacky,” a “fool” and a “do-nothing Democrat.”

Ted Wheeler, the wacky Radical Left Do Nothing Democrat Mayor of Portland, who has watched great death and destruction of his City during his tenure, thinks this lawless situation should go on forever. Wrong! Portland will never recover with a fool for a Mayor….

Trump earlier said he needed another 48 hours before he could comment about 17-year-old Kyle Rittenhouse, the armed Trump supporter who was charged with homicide in the shooting deaths last week of two demonstrators in Kenosha, Wisconsin.

Democratic presidential candidate Joe Biden responded to Trump Sunday by condemning all violence, “whether on the left or the right,” and challenged the president to do the same.

I condemn violence of every kind by anyone, whether on the left or the right. And I challenge Donald Trump to do the same. https://t.co/JRuI7ya2Wv

Check out a portion of Wheeler’s news conference in the video above. He calls out Trump beginning at 2:19.